A review of Miniature Dinosaurs, with support from City in Surveillance, at Mad Hatters, Inverness  on the 19th of October, 2012. 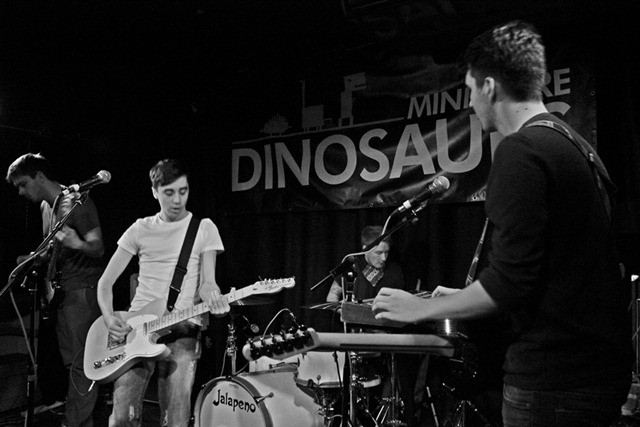 I first came across City in Surveillance at the beginning of the year when they supported A Thousand Stars on their EP launch. This came on the back of a riotous debut gig at the Phoenix where the potential enfants terrible of Inverness music scene were hatched. So where are they now as we reach the end of the year? Sure, the swagger is still there, especially in the guise of frontman Rhys Torrance, and a fair smattering of attitude, but equally there is a considered approach to their set. 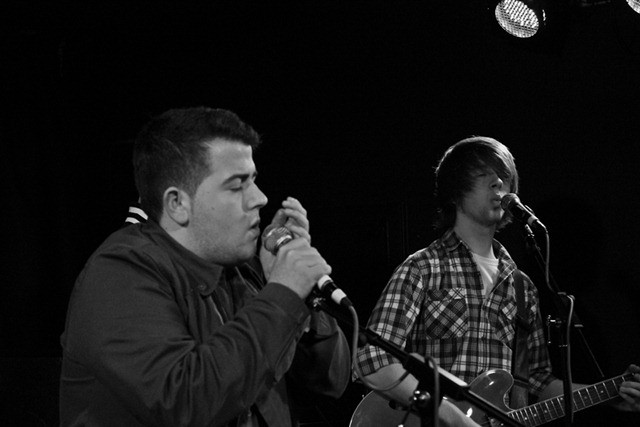 It all kicks off with ‘The Feeling’ which runs hotfoot, as Aly Mackintosh prompts from the guitar, into ‘Come Out Tonight’. The pace is maintained through ‘Soon I’ll See Her’, with a brief respite mid set. With the set picking up again, and the tunes bouncing along, Rhys steps of the stage and straight to the bar. This, however, was not a tantrum or show of disdain, but a signal for Mikeyy Duncan, standing in the shadows, to take up vocal duties. This added a new dynamic, and displayed the thought and versatility of a maturing band. 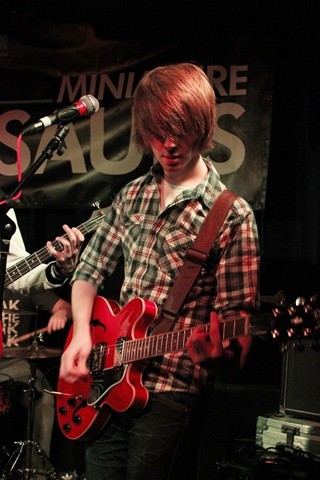 The return of Rhys, saw the lads bring the set towards a conclusion. I would though say that, at times Rhys’s vocal was somewhat swamped by the bands sheer intensity, displayed most notably in the physical appearance of drummer Leslie Hibbert at the end of the set. But take that set out they did, rounding it off with Sixteen, and Rhys taking further leave of the stage at the end of his vocal for the band to wrap it up and take the applause. A year on and you can see they’ve grown up, but they haven’t lost that laddish strut, and nor should they. 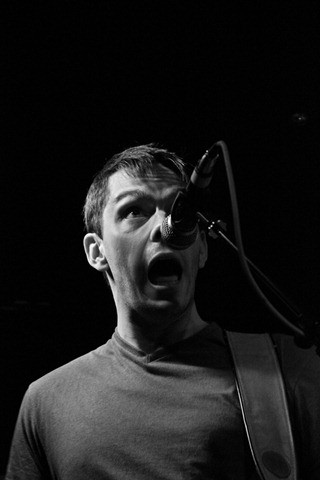 Dinosaurs once ruled the world. That as we know was many million years ago. However, a much smaller version now roam this earth, and although I won’t be as bold as to suggest that they will rule the planet, I well expect them to make a similar impact as the meteorite that took out their distant relations. I first evidenced that at Jocktoberfest where they played a noticeable afternoon slot before attentive revellers and a kids roaming in the hay. It was safe to say that the little kids weren’t about tonight, but some of the faces from the festival returned, and no doubt a few that saw them at Loopallu too. 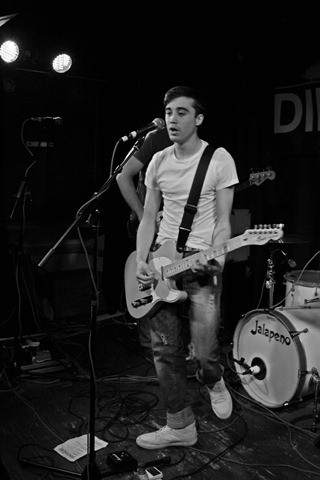 Opening with the upbeat fizz of ‘Lemonade’, they make their mark quickly. The Killers comparisons can easily be made but within their quirky mix there is more to their music than that. Barry Maclean’s vocal really does lead from the front and mixing that with the electronica provided now by Andrew McAllister, and, what can be best described as, the vocal electronica and sheer exuberance of bass player Alban Dickson, you have a winning combination. The first three songs rattled out quick fire, and no doubt not by chance, also appear on their new EP Turn It On before the snappily titled ‘Alligator’ leads to the EP title track.

As I type ‘Cold Shoulder’, the next song in their set, it comes flooding right back. You know something is working when tunes are that memorable, and that wasn’t the only one, the set is packed with such gems. The banter too was also in the memorable category. ‘Lightspeed’, a song patently not about snowboarding was dedicated to snowboarders as it became, for tonight anyway, about snowboarding. Add that to an audience member who approached prior to the final song, ‘Fight Or Flight’,  with a message in Barry’s ear. This turned out to be a further dedication for Liz, a nurse at Raigmore, who was going to Australia next year. They know how to curry favour with their audience, and no doubt it helps shift their mountain of merch.

It can be a late night in Mad Hatters, but ultimately, they always come up trumps, and did so again tonight.