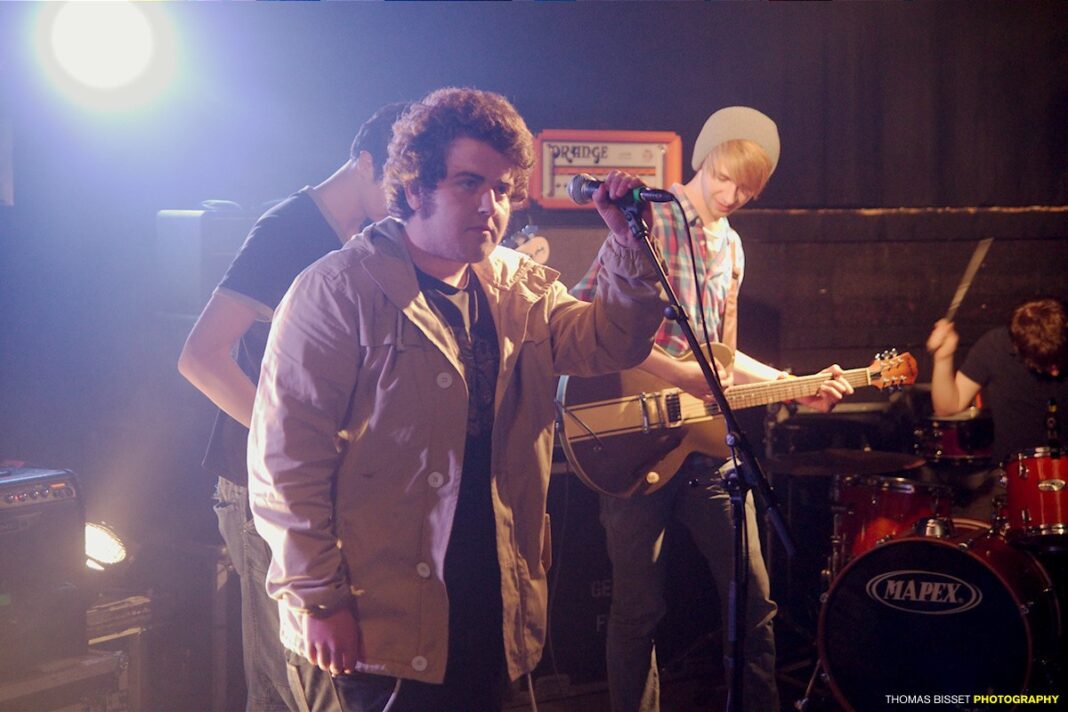 City In Surveillance are on the up at the moment with a number of appearances including their first time at Belladrum in the next month: Not bad for a band in its infancy. 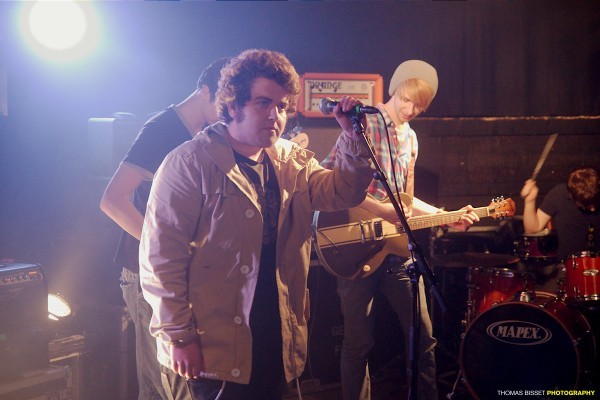 It’s fair to say that the circumstances for the interview with Rhys Torrance and Mikeyy Duncan was not ideal; a fairly early morning coffee shop meeting after the pair had had a pint (or two) the night before.

They were keen to speak about the forthcoming five track EP, Searching for Glory, currently awaiting mastering. It features three tracks that have not yet been recorded previously. They are particularly pleased with “Soon I’ll See Her” which was written with the support of Winnie (their lecturer at college), although it does test Rhys with particularly high parts; “It’s the best thing that we’ve wrote so far, and it’s the best sound.” Thoughts about its launch date and such like is still to happen, although they have recently had a video recorded by NUT Productions (see below) and they were full of praise for the results.

On speaking about their experiences of college the most valuable lesson that they have learnt is how to write songs and not to play Inverness all the time; “[It’s] so they don’t get sick of you” they explain. Reflecting on their relatively short time with the band, it is the first gig that sticks in their mind, “the three hundred pound gig”. “We bought a PA that wasn’t big enough, you couldn’t hear the vocals… the guy doing sound for us tried to get it so loud that he broke it”. They faired better at the gig at Newmarket, Thurso when they supported the Complete Stone Roses, getting lots of positive feedback in the process. Interestingly it was their gig with Thousand Stars that they identify as being their best gig where they got a good response, and it was not just their mates in the crowd!

They describe themselves as indie-rock and, whilst keen to brand themselves as having a unique take on things; they look at influences such as The Beatles and The Stone Roses. A bold desire to retake music from where it is currently and especially in the charts, motivates the band to think that “Rock ‘n’ Roll needs to be retold”.

Their ideal gig would be a support slot with The View, and anyone who has been to a gig would have heard them cover a track or two. Talking about the future, where would they want to be in a years time? “Huge” was the quick response followed by the slightly more considered “loads of money and loads of girls”. There is a strong feeling of rock and roll with the band. Rhys argues that a half decent following would be a good result from the year.

Very keen supporters of the local scene including Ryan Golder and The Frues who they met through the drummer, Peter Crosley. Anticipation was high for the summer showcases; “We are really looking forward to playing in the summer showcase this year, we can’t wait to show people the new tweaks and tunes we’ve added to our set”. Out of the other showcases it is the last showcase that they are most looking forward to, not only to see The Oxides and Toby Michael’s Rolling Damned but to, see college mate Ross Elder and experience ROADWAY live.

They are next to be see on the line-up of the Second Showcase with Defcon One and The Frues on the 19th of July, then The Greenhouse BBQ in Dingwall on the 21st of July and of course opening the Seedlings stage at Belladrum on Friday the 5th of August.