A review of Charlotte Church, with support from Jemma Tweedie and Houdini Dax, at Bogbain Farm on the 20th of October, 2012. 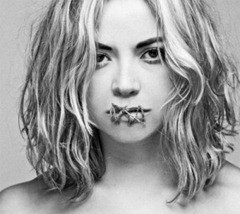 Bogbain Farm was the venue, to leave all preconceptions at the door was their challenge to the gig goers. I have to admit I didn’t know what to expect from the evening but as I took the turning left up the dark lane to Bogbain. I consciously stripped all images of the ‘Pie jesu’ singing child star Charlotte Church from my mind and felt safe in the assurance that Bogbain as a venue pride themselves in bringing the best ‘new’ music to Highlands.

On entering Bogbain it was apparent the crowd were bustling with anticipation of what lay before – And why wouldn’t it be !? Charlotte Church is a singing sensation who has sold over 10 million records and graced some of the most prestigious stages in the world and here we were in a Barn ! This proved only to fuel my curiosity !

Having taken time out Charlotte has been exploring the music that she loves, writing, producing and touring the UK Indie Circuit on the run up to the launch of her new series of 5 EP’s. The first of which has been released, she jokes about the originality of its title as EP 1 to be followed with further EP’s in numeric order ending in EP 5 for those who can’t count.

The evening was opened by local singer songwriter Jemma Tweddie who gave a strong confident performance of self-penned songs from her upcoming EP due to be released on 26th October. The audience appreciated her Nirvana cover of ‘Smells like Teen Spirit’ that was carried by the ethereal acoustics of the venue.

With the Barn warmed up it was time for Charlotte’s guest Houdini Dax to take to the stage. Also hailing from Cardiff the young trio of guitar, bass and drums got off to a raucous start instantly engaging the audience filling the barn with familiar yet fresh vibes of rock n roll music – Sounding Beatlesque yet New wave. Breathing new life into timeless 60’s touchstone sounds, edgy, pulsing tunes, punctuated with catchy phrasing and full harmonies. Sing !? These boys can sing ! A slick and perfectly swaggered performance with amusing anecdotes in the form of a comic song they wrote about a Charlotte Church stalker – ‘Just to be around you’. A memorable introduction to Houdini Dax.

A relaxed Charlotte Church was quick to take to the stage with her band – dressed like a fairy that had escaped from the Christmas decoration box, having had a fight with a glitter ball – her look was fresh and simple yet dramatic and quite frankly I want that skirt ! She hooked the audience with her warmth and witty natural approach to the gig reassuring the audience with humour, however it was clear from the beam in her glittered eyes that ‘The voice of an Angel’ had lost her halo, things could get messy as she opened appropriately with ‘Breach of the Peace’  Blowing us away with this soaring song that instantly grabbed us on the first step of our new musical journey with her !

It was evident with each song that Charlotte was intoxicated with her passion for performance each song offering bold experimental musical arrangements. Charlotte was not only singing but driving songs forward with vocal arrangements via loop pedal and other high tech gadgetry creating waves of sound that produced rich dynamics and sumptuous harmonies. A full band with keys, drums, guitar, percussion and bass all members offering abounding harmonies and depth to each song complimenting Charlotte’s voice.

Between songs she gave a humorous history to the tunes making a dig at the Daily Mail in good humour.  ‘Beautiful Wreck’ a stirring song that rose like an anthem through the Barn roof. ‘The Rise’ started with low brooding vocals that rose to crescendo with rich layers of melody showcasing Charlottes effortless range. Leading to ‘Say it’s True’ which the bohemian Charlotte thrust forward with her tambourine playing – song after song Charlotte proved that she was not just playing with this new genre but was encapsulated in every lyric and luscious chord. I was relieved that she had not forsaken her classical roots but that they had evolved into a beautiful fusion of genres and an unconventionally beautiful reflection of who she is – Possibly best captured in ‘How not to be surprised when you’re a ghost’ a haunting song with early Kate Bush undertones (if I were forced to draw a comparison)

The evening was coming to a close and Charlottes brow was now glistening with glitter and hard work ! This girl gave a gutsy performance from beginning to end and graciously suggested there would be No Encore before introducing the last song because ‘It makes her feel like an arsehole’ how very refreshing !!!

She closed with a punchy 70’s disco sounding song ‘James’ closing on the high notes that shot her to fame.

It is safe to say the evening exceeded my expectation. The lesson I  learned is that when trusted music venues like Bogbain offer the chance to leave your preconceptions at the door and broaden your musical horizons do it ! Charlotte Church did . . . .