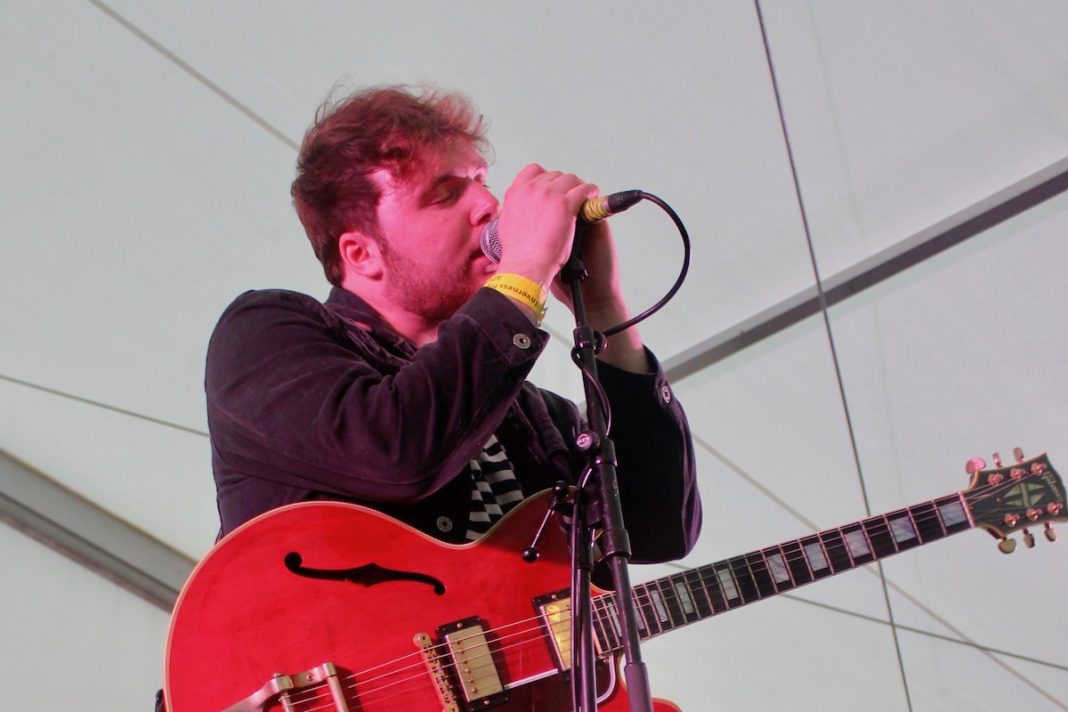 The Highland Games are known for putting the focus on Highland culture and have shown an ongoing desire to bring new dimensions to the event. Inverness Gigs had been invited to curate a stage of new local acts and had drawn from an eclectic array of genres.

There had been rain earlier in the day at the Highland Games, but there is little that dampens fans of the event’s enthusiasm. An eager crowd filed into the tent after the events in the stadium had finished including a French couple who were keen to find out about the forthcoming music.

Entertaining is certainly an apt description for Sarah Williamson the lead singer of first band, Table for Four. Engaging with the two dancing audience members, whilst creating a light and fun feel to proceedings. Of course ‘Baby One More Time’ drew a chorus of offstage singers but it was a set that was full of catchy lyrics, high energy and upbeat melodies that tracks such as ‘Jealousy’ and ‘The Loser Song’ attest to. It was a rousing set that set the scene for the rest of the evening.

Annakii had been more used to honing their sound in the acoustic scene, but tonight with full drums  (despite a pedal issue mid-set) and an impressive turn on guitar by veteran of the local scene Marc Allison. Lead singer Anna Mcwhirter brings a striking contemporary edge to songs that are steeped in the rock ballads of the Eighties.

Another band not shy of their influences are Bad Actress, it seems at odds with their youth to be so embedded in the hard rock and blues genre complete with makeup , big hair, bandanas and leather. That being said the band quickly allay cynicism to provide a show that lives up to their appearance; big, proud and loud. Unsurprisingly they are also building a live show that has fun and energy running through it. The finale saw two of the band disappearing via pig back out of the tent. If you see them tell ‘em to come back as they certainly left us wanting more.

Headliners of the night were Park Circus fresh from winning through a local battle of the bands competition the night before. Oasis and Arctic Monkeys are definite influences for the guys who burst onto the scene earlier in the year. They have created a tight sound, possibly related to the sheer volume of gigs that they are playing at the moment,  which is complemented by a confidence that never crosses the line to cockiness.

We may be bias, but it was a great night and many thanks has to go to the folk that supported the idea from it’s conception.