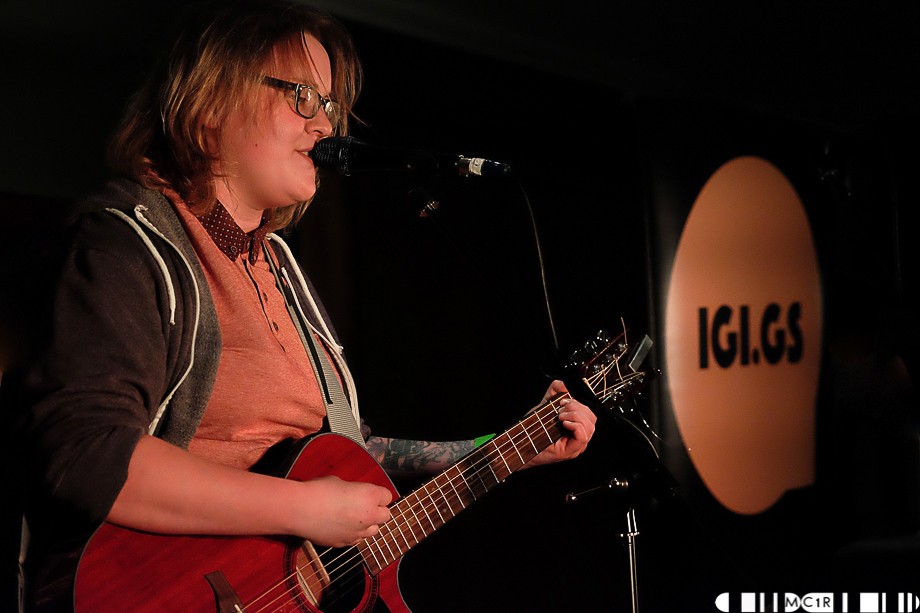 John who has made a success out of failure, will be be joined by self defined Loser, Sarah Williamson.

Sarah fronted punk band Shaped, during which time they achieved a reputation for impressive and chaotic live shows. During her time with Shaped they played goNorth, Belladrum as well as clutch of Ironworks shows.

Since playing on her own she has been building up her gigging CV, which has seen her play a variety of venues from coffee shops to charity events. Indeed the hard work is paying off and she will be playing four times over the weekend at Belladrum 2015.

At her Strathpeffer Pavilion performance earlier this year our reviewer noted “Her cheerful acoustic guitar and melodies set the background for some catchy lyrics which are often also personal laced with unflinching honesty and a slightly dark sense of humour.”

“John is a legend, I never thought I would be sharing a stage with an act that has had such a profound effect on the music industry and two hits :)”

Sarah Williamson, support for John Otway, will play Mad Hatters on the 23rd of August.

SuperNova for The Eagle

More than Winging It