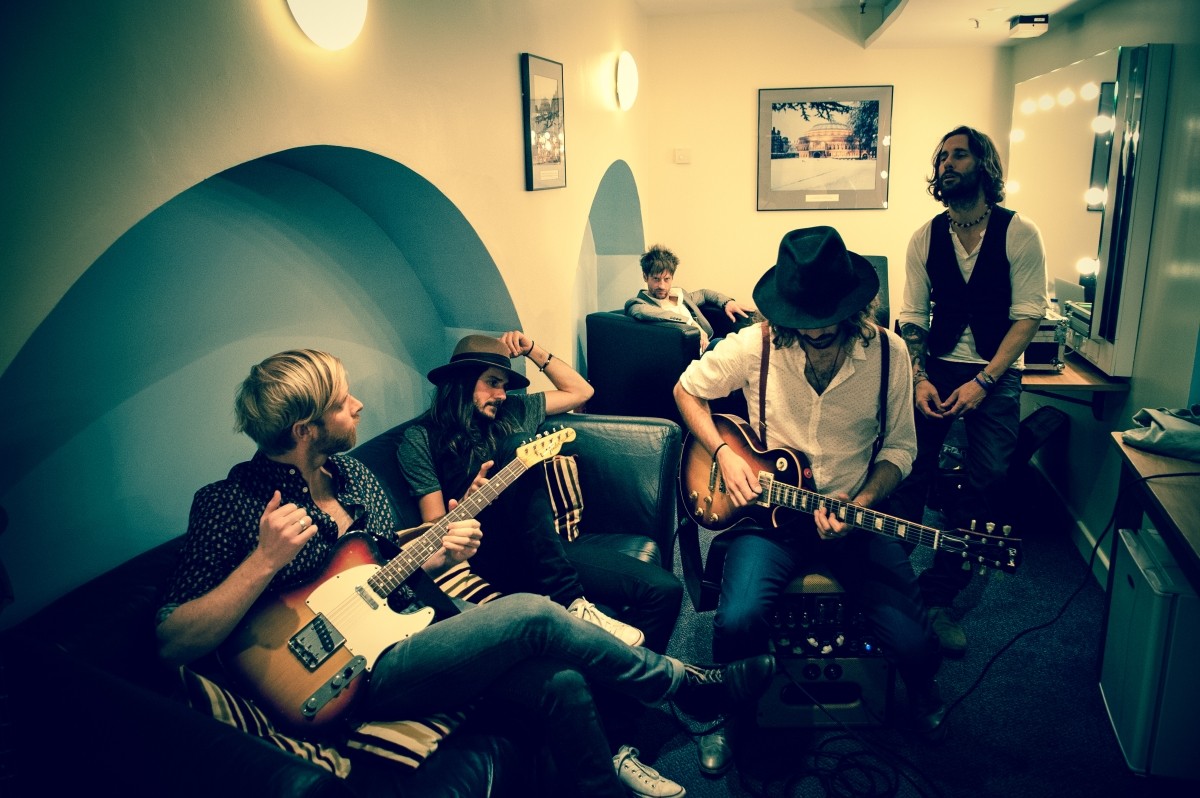 A review of The Temperance Movement at Mad Hatters, Inverness on the 23rd of June, 2013.

It’s not often I leave a gig feeling honoured for having been there but I doubt I was alone after seeing The Temperance Movement live on Sunday. The venue was the intimate Mad Hatters which lent to the feeling of privilege as the general consensus is that this band are destined for stadiums.

Having only released a 5 song EP, Pride

, so far, the Anglo/Scottish quartet’s stratospheric rise has surprised many; they support Bruce Springsteen next Sunday. Yet having the charismatic and lithe Phil Campbell as a frontman to a band of well established session musicians can only be a recipe for success.

At just over an hour long, their set is not the longest, but it’s definitely a case of quality over quantity.

From the moment Campbell opens his mouth, the audience are at his mercy. The diehard T.T.M t-shirt clad fans hog the front of the stage mouthing all the words and I’m pretty sure that he could have passed his mic over to any one of them during the sultry “Lovers and Fighters” or the raucous “Trouble” and they would have done them justice. Their loyalty is rewarded when he then requests that all mics be turned off and gives the most beautiful acoustic version of the soon to be released ‘Chinese Lanterns’, rendering the audience silent for the first time that evening, captivating them with dulcet melodies, heart-breaking lyrics and a good old blast of slide guitar to bind it all together. For me, the highlight of the evening.

Mindful of how bands hate being compared and how subjective comparisms can be, I won’t dwell on them, suffice to say that to my ear, AC/DC permeates through the fabulous ‘Be Lucky’ and there’s maybe just a frisson of Blind Melon in the closing bars of ‘Smouldering’?

The love the fans have for the band is obviously reciprocated and the bond between them palpable. The craic is good and as Campbell writhes and wriggles through the set, it’s impossible not to move with him. They go offstage for only moments before returning for their encore, a gorgeous rendition of ‘Serenity’ and then, much as the audience would love them to stay for longer, call it a day.

Over the applause, a lone voice can be heard calling “Please come back”

A poignant moment as many of us realise that this tour may well be the last time we see The Temperance Movement up close and personal as they move on up and get ready to conquer the world.