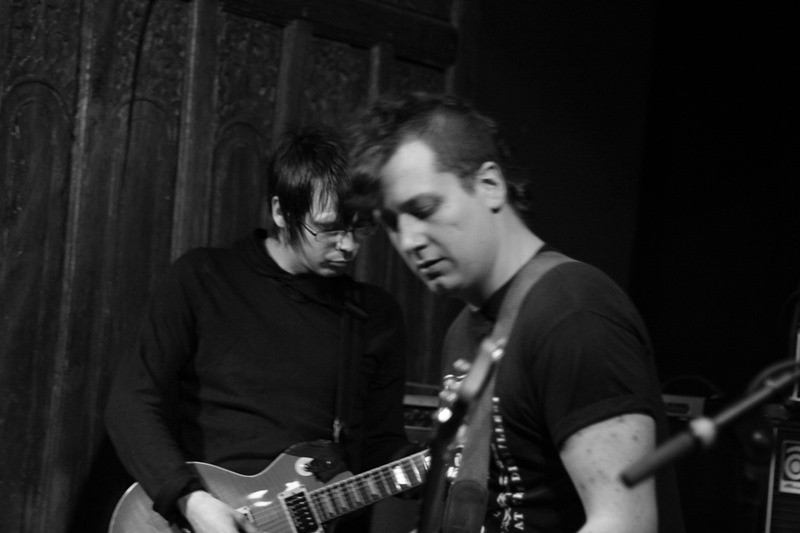 A review of Red Ronson, Iain McLaughlin and the Outsiders and The Manic Shine at Hootananny, Inverness on the 16th of June, 2013.

Hootananny has always had a reputation for championing new local bands, giving a platform for established acts, and allowing a stage for touring bands to show Inverness what they can do. The first three act of the night ticked each of those boxes. 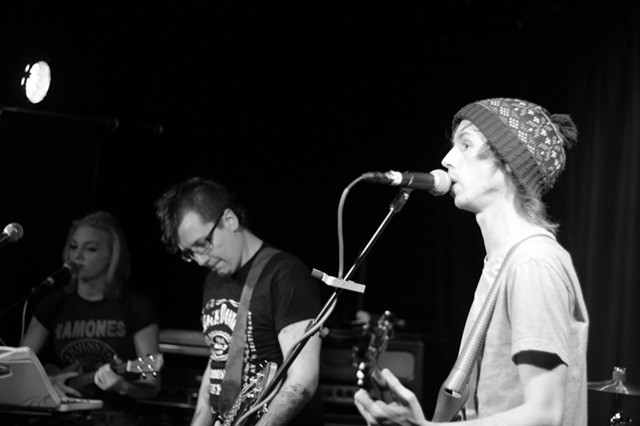 Kicking off Sunday night upstairs were, Red Ronson. None the worse for their recent appearance on ‘Come Dine With Me’, although Andrew Barnett had since patched together his guitar strap with duct tape, a move which he admitted made it a little on the short side, and made him, in his own words, ‘look like an indie dickhead’. This aside, Red Ronson produce some smooth and gentle pop songs. Unfortunately, when playing ‘Little Princess’, which was featured in the aforementioned C4 programme, it went a little awry. As ‘Barney’ put it, it was more a case of ‘tune up Dave’. That aside, they crammed a lot of the bands’ character and charm into their 30 minute slot. At times whimsical and breezy, and always enjoyable, the delightfully summery ‘Salvador Dali’ and their statement making ‘Paper Statues’ were ideal songs to round off their short, but sweet, set. 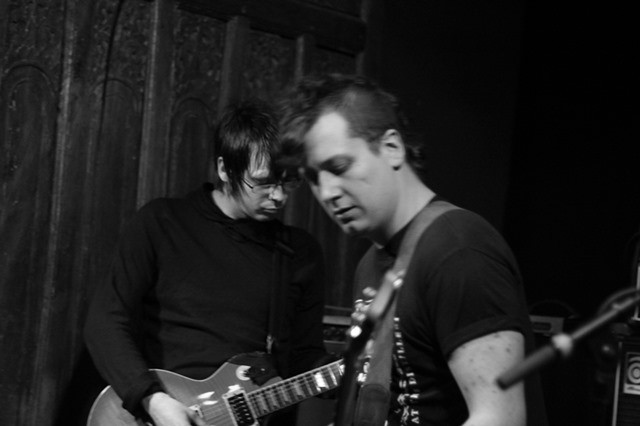 Downstairs we were met with Iain McLaughlin and the Outsiders sandwiched in between two massive banks of speakers. They don’t need much encouragement to make a noise, and they were more than willing to do that in their half hour. Opening the set where they once ended it, they launch into ‘Someone For Everyone’. Iain’s heart and soul were immersed in this set, and with Pel adding those euphoric edges, the Outsiders are rising again after a period of relative calm. There was no calm tonight though in this sweat inducing turn. It wasn’t just a night for such old favourites, but the introduction of new songs in ‘Blind Faith’ and their final offering ‘Human Condition’. ‘Human Condition’ although burning slowly to begin with burst into life and brought to ground their short slot with a sharp shock to the system. The repetition of “and it’s part of us” as much a statement about Hoots as it was about the meaning of the song itself. 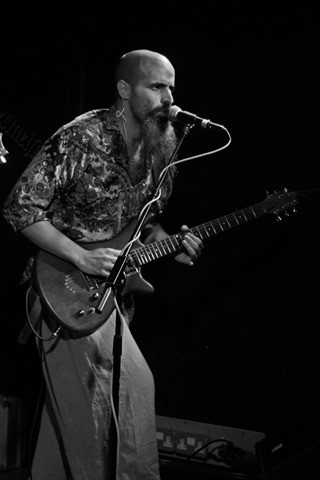 The Outsiders are a hard act to follow, but that was what London’s The Manic Shine, who did accept the difficulty of being the out of town band, had to do. It didn’t take them long to ramp up the speed to try to bring them closer to the audience. Second song, ‘Leatherface’, was real in your face rock, and new single ‘Use Your Horizon’ mixes a funky feel with a touch of classic, but it had difficulty penetrating the reserved crowd in front of them who had formed an almost reticent semi-circle arcing away from the stage.

If enthusiasm wasn’t the hallmark of their audience, they themselves could not be faulted for effort. An attempt to get the room to jump was only carried in small pockets, but they weren’t short on perseverance and were somewhat disappointed when they realised that they had to cut their set to thirty minutes along with the other acts. A late arrival upstairs managed to bring the crowd closer, but it was just a little too late. We are a reserved lot in the Highlands though. Overall, The Manic Shine are performers, and their extensive touring has ensured that they will always entertain. ‘Fiendish Means’ and ‘Weightless’ rounded off their night in fine style, if just a little underappreciated. Probably just the wrong night, and they may have felt a bit like the gate crashers at this party.