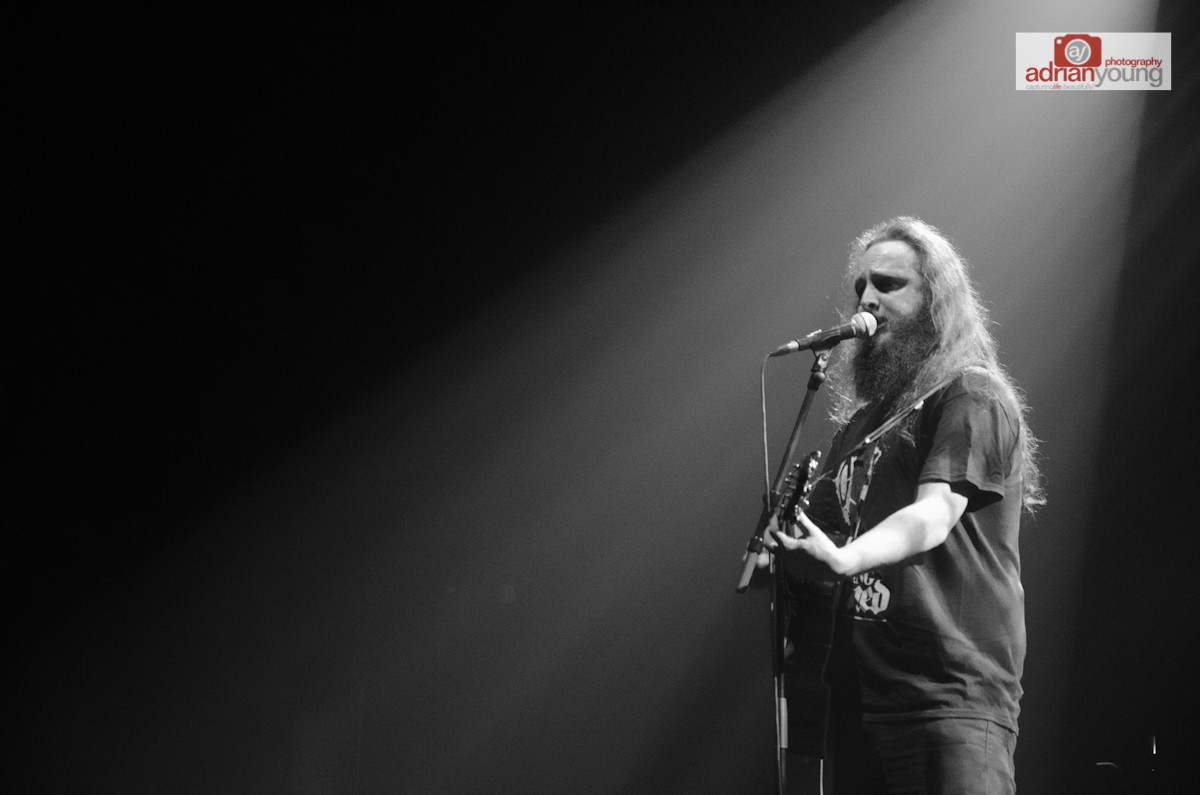 A review of Toby Michaels Rolling Damned at their single release, with support from Last Summer Effect, at the Ironworks, Inverness on May the 4th, 2013. 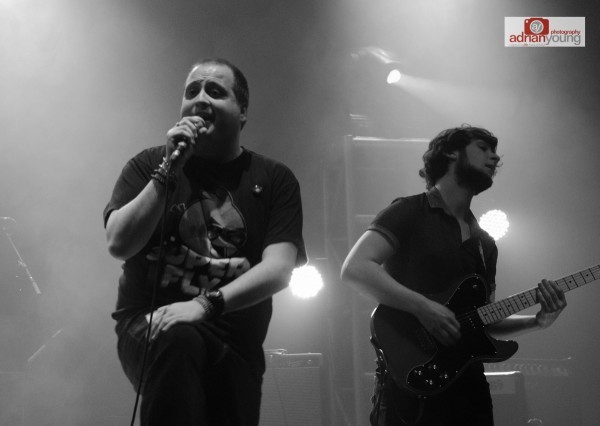 On paper a good choice to start an evening of rock ‘n’ roll evening, Last Summer Effect have a strong repertoire of rock material to pull from. Coming to the stage with a newly arranged intro that continues to show off the developing musicianship of the band.

Opening with ‘Falling Hard’ combined with an impressive lighting setup created a strong start for the band. Vocally Chris Fox appeared stronger and more powerful than previous gigs, and his on-stage persona particularly taking charge of the songs shows his passion for the music and the band. An apparent  tuning issue with the guitarists later in the set went unnoticed by the audience and should not detract from a tour de force from Stephen Bull and Robbie Tranter. 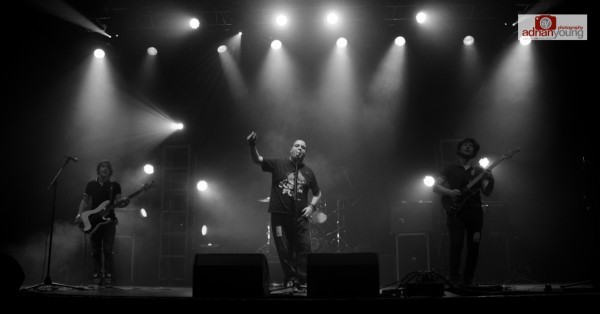 New material debuted at the gig included  ‘High’ and ‘Cloud of Grey’ while still retaining the guitar based rock feel whilst introducing greater emotional depth both in song writing and intensity of the instrumentals.

Last Summer Effect were celebrating a series of firsts with the performance. It being their first gig in Inverness this year, one of their first gigs as a four-piece and the first time on the main stage at the Ironworks. By this evening’s performance, on all accounts, we look forward to the next time.. 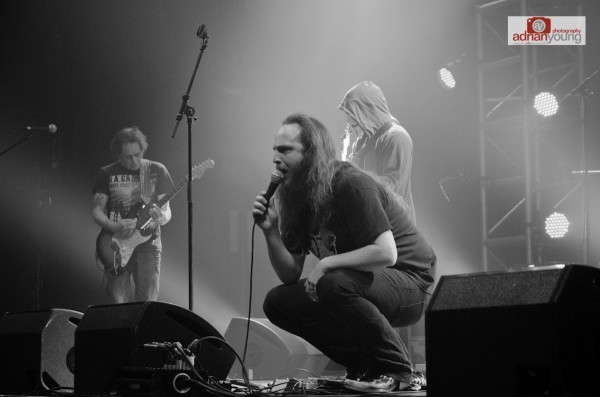 As befitting the recently dubbed Star Wars day (May the Fourth) so from Last Summer Effect’s Padawan to Toby Michaels Rolling Damned Jedi, appropriately coming on stage to the Imperial March from Star Wars. Well at least most of the band did. Toby Michaels started opener ‘Rolling Damned’ on the floor, scaring the bejesus out of anyone that had not experienced his walkabouts before. The song clearly given extra power by the four electric guitars (with Dave Sidley joining the band and Toby not willing to give up his new found electricity in a hurry).

A call to action from Toby followed encouraging people to abandon their seats to join them nearer the stage, Toby picked on his father “Dad I know you’re fifty one, but on your feet”. The partisan crowd increased participation throughout the set; who wouldn’t with a contagious enthusiasm floating from the stage? 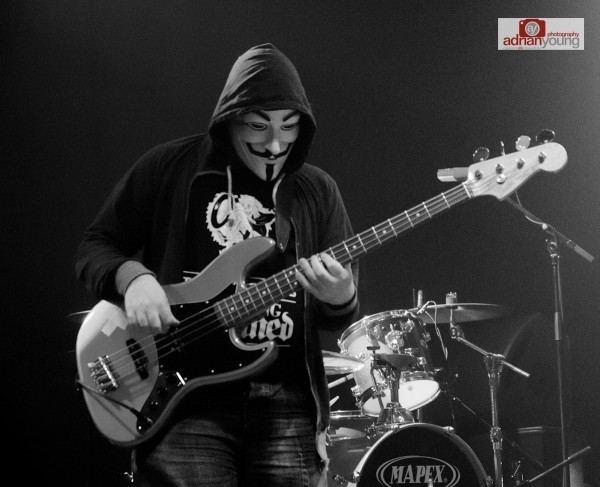 ‘Love Money’ followed and an opportunity for two strong personalities in both Toby and Jonny Ga$h being allowed to shine very brightly indeed. Johnny has not played a few gigs recently due to work commitments, his return reminded us what we were missing both as an eccentric colourful character and an impressively talented guitarist. The bassist transformed throughout the night from anonymous mask to skeleton and eventually, with a sense of surprise, was unmasked as their very own Sixshot!”.

The band’s choice of covers reinforce and do not betray the band’s influences: crowd favourite, solo acoustic version of ‘Bat out of Hell’, the recently adopted ‘Under Pressure’ Sidley and Michaels (with some vocal adaptations ) replacing Bowie and Mercury with aplomb and finally ‘Hound Dog’ also being given the Rolling Damned treatment. 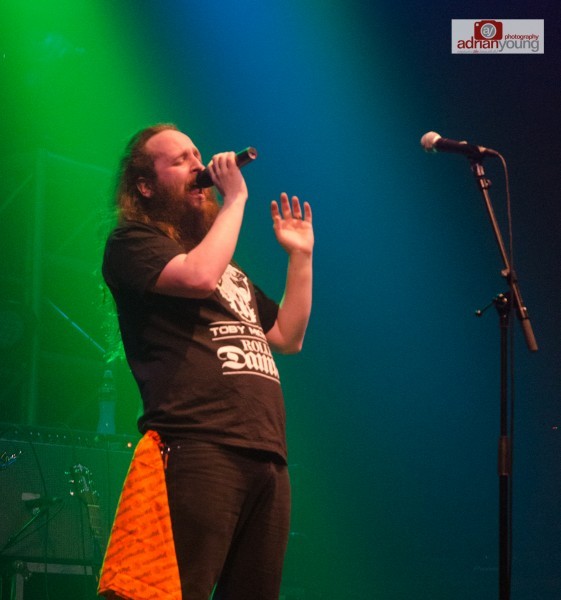 Of course ‘A Little Bit of What You Fancy’ finished proceedings, as it will for a long long time we suspect. The song has evolved from a one man acoustic tune to a rock ‘n’ roll anthem that’s immersed in everything that makes the genre likeable.

The merch stand, which was fully stocked with T-Shirts and CDs led to perhaps the “Spinal Tap moment” of the night. “What size is small?” says I, “Small” ,without a glint of irony, answers Toby. Fair call. Although on reflection Jonny Ga$h wrestling with a pair of woman’s pants on stage came a close second.

“Rock ‘n’ Roll ain’t nothing without soul”, and from the evidence of this evening there is plenty soul going round.