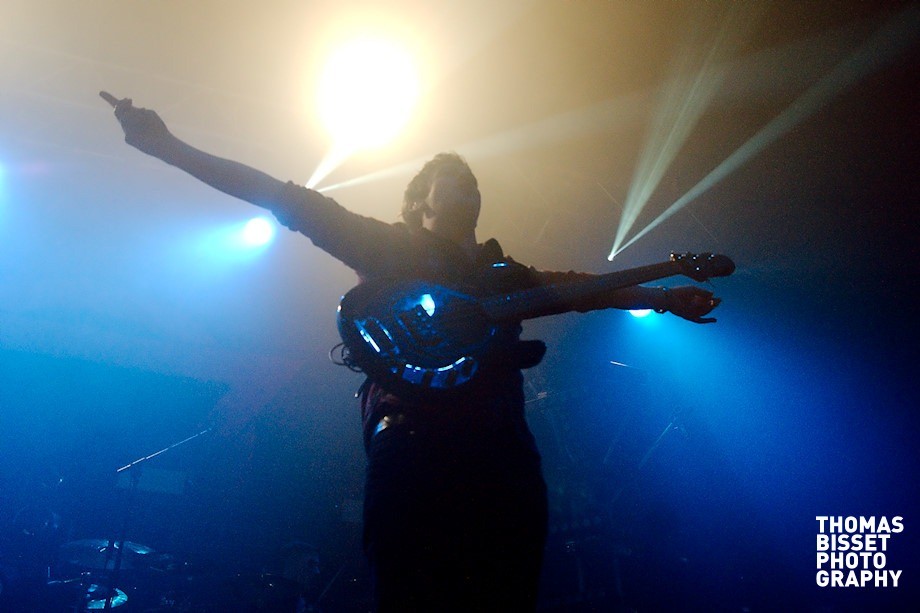 A review of Enter Shikari supported by Baby Godzilla and Hactivist at The Ironworks, Inverness on the 17th of April.

I cannot remember how many times I’ve seen Enter Shikari; not because of the countless number (5? Maybe 6?), but because most times I have, I left in state beyond remembering, whether that be through the adrenaline or the silly juice pumping through my blood stream. Tonight however I was good, and armed with my trusty pen and paper I headed across the water to the Ironworks. 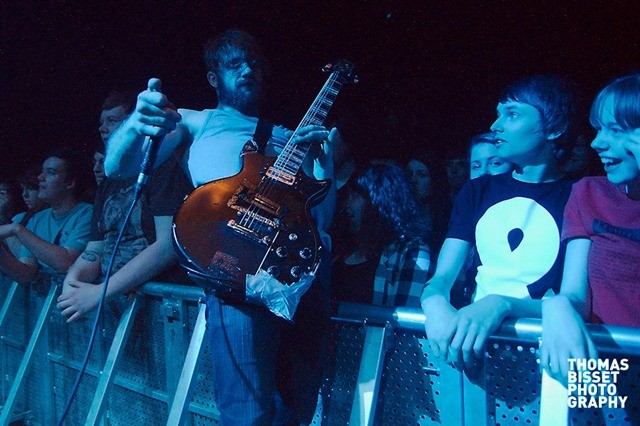 First act on were 4 piece band Baby Godzilla. You could not fault this band from Nottinghams passion, through the full set diving around the stage, leaping into the crowd and dismantling their amplifiers, all separated with a polite “Thank you” between songs. Despite their effort and their sweat, they perhaps didn’t go down too well with the Inverness crowd. Their overly heavy, shouty, complicated timing style left the crowd in the majority motionless. (Although greatly enjoyed by the boy in the Slipknot T-Shirt.) 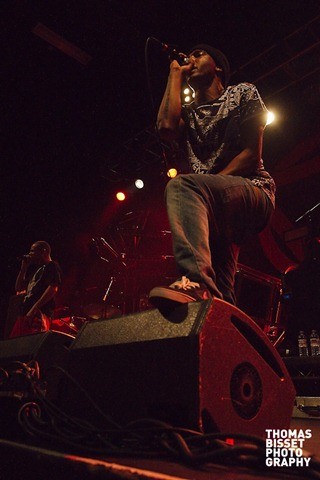 The middle performance was one by politically driven Hactivist. This was my second time seeing them, and in a much larger room than the previous, they pulled it off well, working the crowd with instructions to “bounce”. Kicking off with their track “New Age”, the audience quickly separated into a “wall of death”, where people in groups run at each other aggressively. Both the band and the Inverness crowd kept up their energy throughout the set, including their songs “Hactivist”, “Cold Shoulders”, a cover of Jay-Z & Kanye West’s “Niggas in Paris” and finishing with their track “Elevate” , screaming the words “We fight fire with fire, we won’t burn” into the crowd, many of them singing back. 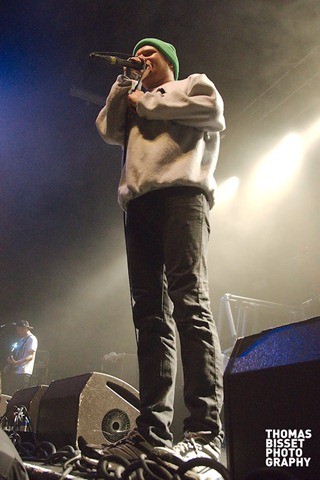 With a 10 minute mash-up-instructional-introduction-track there was a real hype in the room by the time Enter Shikari hit the stage. Guitarist Rory, bassist/vocalist Chris, drummer Rob and lead vocalist/electronics Rou, armed with a vacuum cleaner, came onto the stage to the sound of “System…” and into it’s partner track “…Meltdown”. Despite the surprisingly un-sold out show, the crowd were moving more than I think I’ve ever seen before at an Inverness show and as the band kicked into “Sssnakepite”, with a remixed start, a roar came up from the room. Next up was an old favourite of most of the crowd, backdating from 2003, at the start of the bands career, “Sorry You’re Not A Winner” with it’s famous *clap clap clap* had lost none of it’s momentum, in the now 10 years the band had been playing the song.

As is tradition during Shikari shows, a human pyramid started to take shape during the middle section, only to be broken down at the beginning of the next chorus. Continuing with the set, Rou ended up on the top of a guitar amp, and clambering up the lighting rid behind them, to come thumping down at the end of the musical break. As Enter Shikari started another old track of theirs, “The Feast”, I gave up on the stationary stance I had opted for until this point, and allowed myself to be absorbed into the centre of the room getting knocked around a bit.

Next up was “The Paddington Frisk”, their latest single, spanning out a staggering 1 minute 24 seconds, there was a lot of heat created and sweat perspired during that time. They continued their set with songs including “Destabilize” and “All Eyes on the Saint.”, a song with a middle section of bliss, where the crowd all got their breaths back, followed by a short burst at the end of what can only be described as carnage. 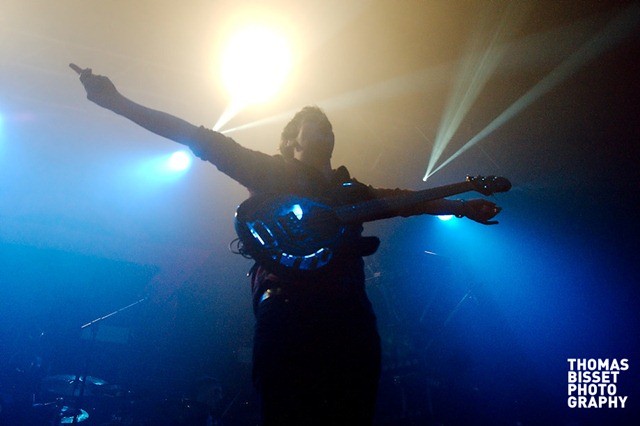 “Arguing with Thermometers”, a song about oil companies and the disrespect they have for the earth saw both Rou and Rory end up in the crowd, Rou all the way to the back of the room bringing people together to scream “UNITE”. After fighting their ways back to the stage, and rescuing a guitar, they concluded with an old favorite “Mothership”, with it’s dubstep intro known as “Motherstep”. This song includes the most strung out sentence in any song I can think of; the words “I just fell from the mothership” lasting almost 12 seconds. (Try it). The lights went down for the break before the encore. ——– “Haha, fooled you all!”, a mocking comes from Rob, who had stayed sat behind his drum kit. “You thought I’d gone away.” followed by evil laughing from all 4 of them. They kicked into one final track, “Zzzonked” and left the stage, guitars still ringing out.

The bass heavy, sweaty, blood dripping (okay, not much) night was a huge success with the Inverness crowd, let’s hope Enter Shikari enjoyed themselves enough to come back.

Please check out more pictures of Enter Shikari at the Ironworks.