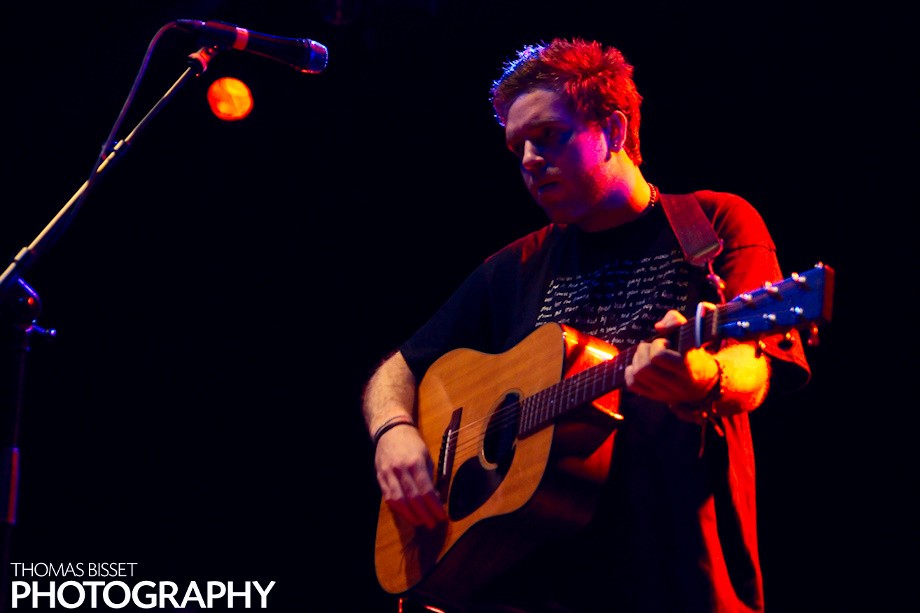 A review of Benjamin Francis Leftwich, with support from Joe Janiak and Marika Hackman at the Ironworks on the 12th of October. 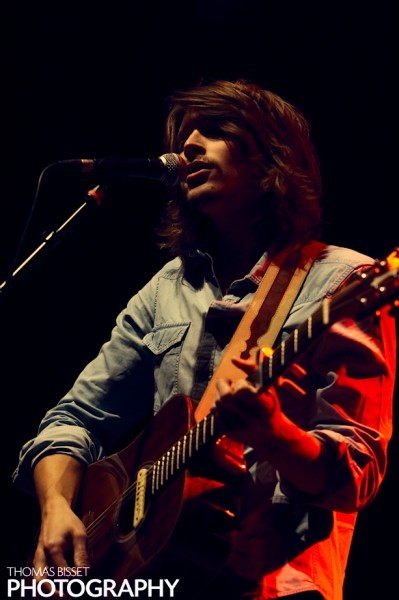 The evening opened with Joe Janiak, a singer songwriter who stood centre stage with his acoustic guitar swaying and writhing to his generally slow to mid-paced set. “Losing Game”, “Shadow of The Night”, “Riptide” and “Beating Heart” showcased his rich vocal range, but tempered with a softness and melancholy. Add to that a Monterey festival vibe that arcs towards the nuances of Paolo Nutini then you are drifting in his general direction. Final song,” High Streets”, fed us a touch of Del Amitri, and that’s no bad way to open an evening. 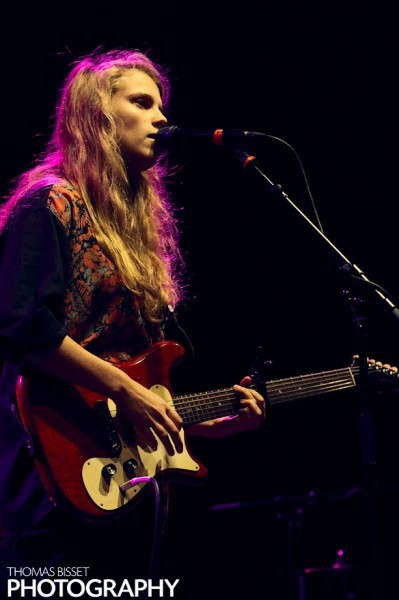 It was Marika Hackman who stepped up next and from first song, “Bath Is Black”, with only her electric guitar to back her, the downbeat, stark and hauntingly beautiful sound bewitched the Ironworks crowd. However, her stony faced delivery darkened her performance; an issue she raised when she mentioned that she was accused of not smiling enough at a recent gig, but she is enjoying herself, so she tells us.

It is that brooding performance which does haunt you, that with her atmospheric delivery of her guitar as backing. Eventually, it all becomes just that bit too much and drives you to similar depths. I am sure that Marika is good with both children and animals but her persona during each song does not reflect that. Between songs though, she is as personable as any act I have seen. Marika is well worth a listen, but just don’t let her send you to depths that she appears to plummet. 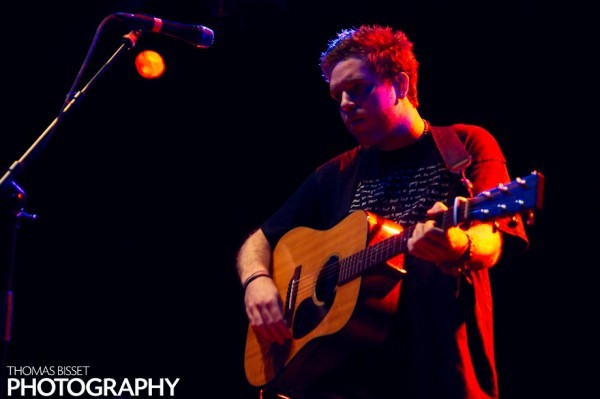 Anticipation was building for Benjamin Francis Leftwich. At this point I will refer to him as Ben which coincides with his twitter moniker @BenLeftwich, but it is nice that he uses his full name. Ben, though is not a stranger to Inverness. He played Belladrum last year, and Eden Court nearly two years ago before a very small but appreciative audience. Tonight the numbers had grown correlating with his increased popularity.

Although the stage was set out for a full band, it was just Ben who appeared on stage, to rapturous applause, to open with “Pictures”. His voice early on appeared to lack the lustre that you normally associate with his performances, and this was confirmed later when he said that he was suffering from a throat infection. Music would appear to be the best medicine as he warmed to the task as the night progressed. But he does have a band, and they trooped on as they proceeded to launch into “1904”, adding an extra dimension and solidity to what can be hauntingly gentle music.

Tonight wasn’t just all about his album and Ben introduced us to new song “Manchester Snow”. A song which, he tells us, is about a girl he had intercourse with 11 times in a week. This obviously displays a maturity in his songwriting, so much so some of the lyrics led to smirks within the audience.

With the band leaving the stage, Ben went further than most and went unplugged and stepped forward before the mic to play “Maps” before a silent audience. You would be brave to do that in any venue, but the audience played their part too. Total silence throughout.

With a new EP in the offing, Ben played the title track In “The Open”, a tale of his hometown York and girls who frequent nightclubs but like to view the sun as it comes up in the morning. It’s out next month on download and is well worth a punt. From the new to his favourite, “Butterfly Culture”, he was ably supported by his mate John on keyboards.

Throughout Ben’s performance his band provided a platform for his talents, never removing the focus from him. His sublime cover of Arcade Fire’s “Rebellion” though shared billing with John’s guitar work. His breathy style invigorates and adds new life to this modern classic.

“Box of Stones” and “Last Smoke Before The Snowstorm” brought his main set to a hypnotic end.

Returning for an encore, Ben thanked the audience for turning up on such a wet night, and although it may be one of his smaller audiences on his tour, to him, it was the best. He proceeded to go unplugged once again and sat, with legs dangling, on the edge of the stage, and rounded of the night with the most intimate version of “Atlas Hands”. This magnetically drew the crowd in towards him and proved a fitting end to the evening. A one song encore, but one song played in a very special way.