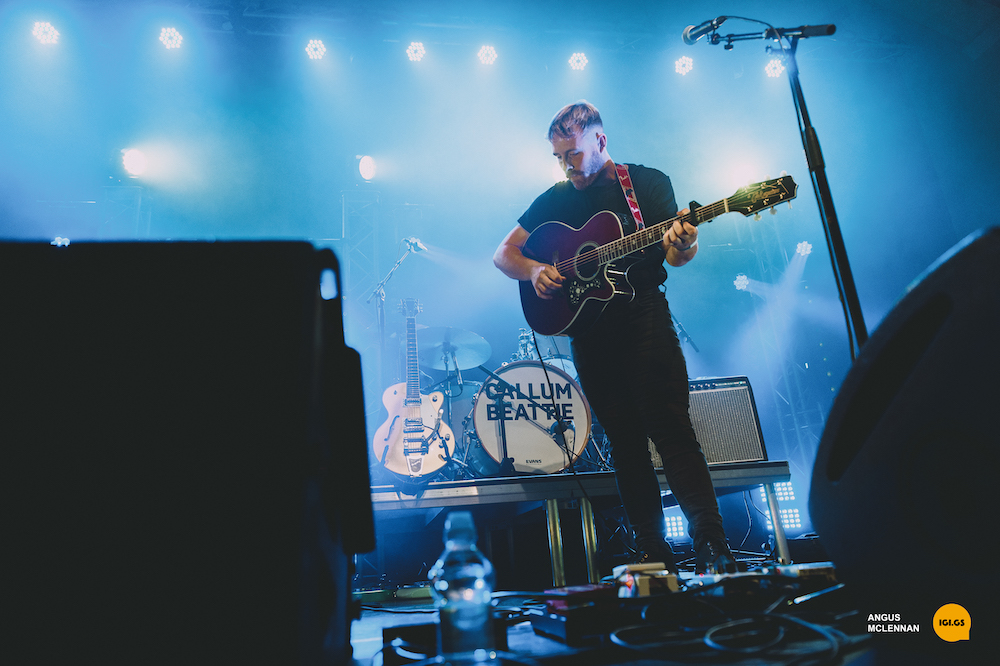 Ahead of his gig supporting Amy Macdonald at the Northern Meeting Park, Dylan James Tierney chats to IGigs.

2022 has been great , I’ve been working on an album for quite some time now , since February 2021 in and out of the studio. We gave it a big push at the start of this year to have it complete In good time ideally I wanted it finished before the end of the year so I’m delighted that it’ll be out in October.

We have followed your career for a good few years, what advice would you have given your 16 year old self about your music?

If I could’ve given any advice to myself as a 16 year old it would be to focus a lot more than I did. Don’t get caught up in wrong crowds and to lay off the booze , stop thinking that you’re a rockstar and concentrate more. I feel like I have matured dramatically and I want nothing more than a career in music , I feel now I am in a comfortable position.

You are sharing the stage with Amy MacDonald and Callum Beattie, what impact have these singer songwriters had on you?

First of all I want to say that I am so grateful and honoured to share a stage with two incredible musicians. I’ve listened to Amy Macdonald from a young age ( 12 / 13 ) and it’s crazy to think back then when I was listening to Amy one day in the future I’d be on the same stage as her supporting. I feel like it’s a great achievement and I want to keep achieving these amazing moments.

Callum Beattie is a gem of a guy I met Callum for the first time last October when I supported him in Strathpeffer. After the gig we spent time with family members and die-hard followers of Callums  and now myself and my fiancé are quite close with a few of them and they all follow me now and keep track on what I’m up to so it’s nice. It’ll be great to catch up with all of them again on the 12th.

If you could join those two acts on stage for one song, what would it be and why?

I do think a beautiful version of Caledonia would go down very well full of harmonies. That’s just my imagination , it’s hard to say what song I’d want to play with them if I got the chance. Caledonia is a lovely song though and suits 3 Scottish singers

Lovers Hold Hands is great , it’s one of the songs on the album that ain’t full of different instruments strings / drums keys etc just me with my guitar and harmonies in the chorus , it’s just a taster .. the album has a very interesting sound to it but I thought Lovers Hold Hands would be a perfect song to release as the first single it’s got a cool effect on the vocal and it really is a cool song.

What has the creative journey been like for your debut album?

The creative journey of the album has been nothing but magic. I got introduced to Marc Clement by Ben Hestling and from day one me and Marc bonded very well. The more and more time we spent in the studio the better the ideas got. working with a top class producer was very interesting and I learned a lot from it.

I have been told I am a natural in the studio, I love doing everything in one take and I get real zoned in I can’t wait to get another album out. I’ve got far too much material up my sleeve but let’s see how the first one goes. I’ve got a lot of new material that I’m proud of which ain’t on this album so the next one will be just as good if not better.