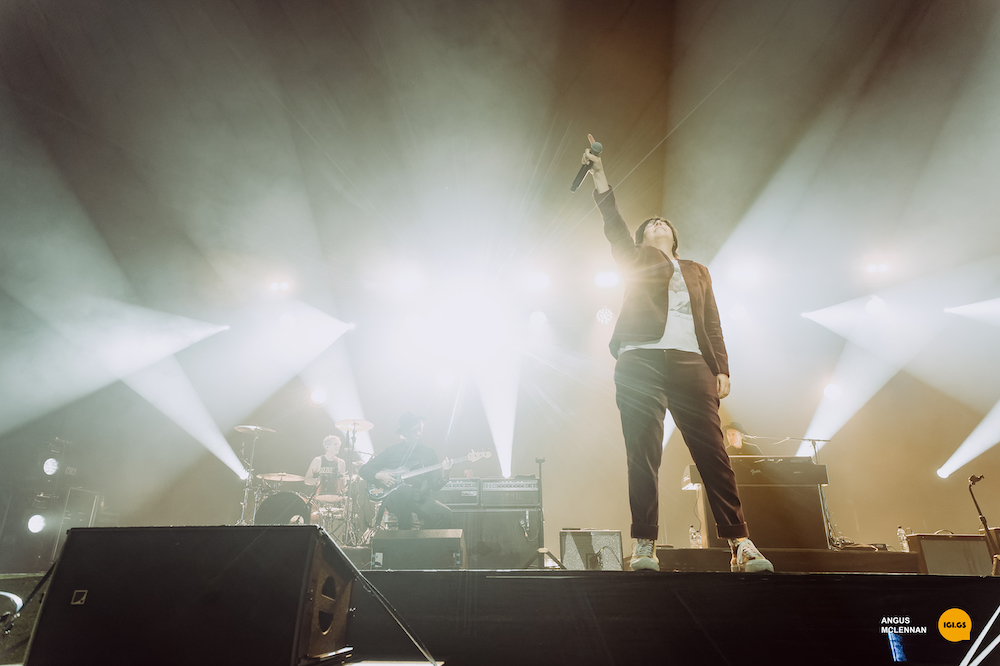 Texas, with support from Lucy May Walker and Kevin Davy Smith, at The Big Top, Inverness.

Inverness had been handed an impressive array of visiting talent this weekend, however it seemed appropriate that it was Scottish legends Texas to bring it to an end.

Lucy May Walker was playing her biggest gig of her career and took every advantage of this. Lucy displayed a particular charm, her gratitude for the opportunity was particularly humbling but so too was her plea for people to buy merch so that she didn’t have to take it all back on the train.

Her song ‘Bad Day’ for “people you hate and how karma catches up on you”, brought a smile to the faces of many as she fashioned a pop ditty round the wishing of minor mishaps. When the mood changes to a more sincere track, ‘Safety Net’ is the highlight of the set. Lucy has an infectious personality and a promising career in front of her.

Probably best known as the 2017 X-Factor finalist, Kevin Davy White quickly showed the uninitiated how skilled a musician and singer he truly was. His well chosen covers including ‘Gold Digga’ and ‘A Man’s World’ are given a soulful and blues revamp that both carry familiarity and individuality from their originals. The audience are hooked as he engages in a guitar solo that pushes the limits of what an acoustic guitar can do. Whoops of joy can be heard from the audience in appreciation of an absolute talent.

As Texas come on to the stage, the oblique intro turns quickly into the well known chords of the band’s first hit ‘I Don’t Want A Lover’ (yes it is over thirty years old!). It sets the pace and agenda for the evening, the audience are there to party and the band are keen to reciprocate, very ably orchestrated by Sharleen. ‘Halo’ follows, the crowd are lapping it up singing along in almost choir-like style appropriate for the song that appears steeped in loss.

Recent album ‘Hi’ has certainly won over the critics, although it is only represented a couple of times with tracks ‘Hi’ and ‘Mr Haze’. The former especially has a particularly up beat chorus that the audience latch on to.

In an interview a few years ago Sharleen described her job; “You’re there to play music, stir everybody up into a frenzy and then move on to the next place.” However every Texas gig that we have attended feels so very personal and tonight she checked that ‘Gary’, who she had met earlier on the day and had been put on the guest list, had got in or repeated comments about how special the evening felt for her. After one song she takes a breath, takes in the audience’s response and exclaims “Jesus Christ”. It does feel that she is truly appreciative of the event and later refers to ‘the fucking magnificent crowd’.

As they play, I am struck by how simply the stage is set up with no big screens or the like, none is needed when you have Sharleen conducting affairs with an impressive array of musicians including recent recruit on drums, Cat Myers.

Sharleen introduces the final, song explaining the influences that Elvis has had on her ambition to become an entertainer from an early age. As the audience sings along to ‘Suspicious Minds’ it does feel as if the band and most certainly the crowd would have kept going throughout the night if given the opportunity. The warm buzz of the audience as they filter out the tent would have kept them warm on a dreich Sunday night.

To be fair it should not have been a good night. Sharleen shared with the audience the travel difficulties and in particular the ongoing cold that she was struggling with. However whether it was her friend’s compassion (and single malt whisky), the crowd’s relentless enthusiasm or possibly both, this was a special gig indeed.

It had been 5 years since we last reviewed Texas, see what we said then.