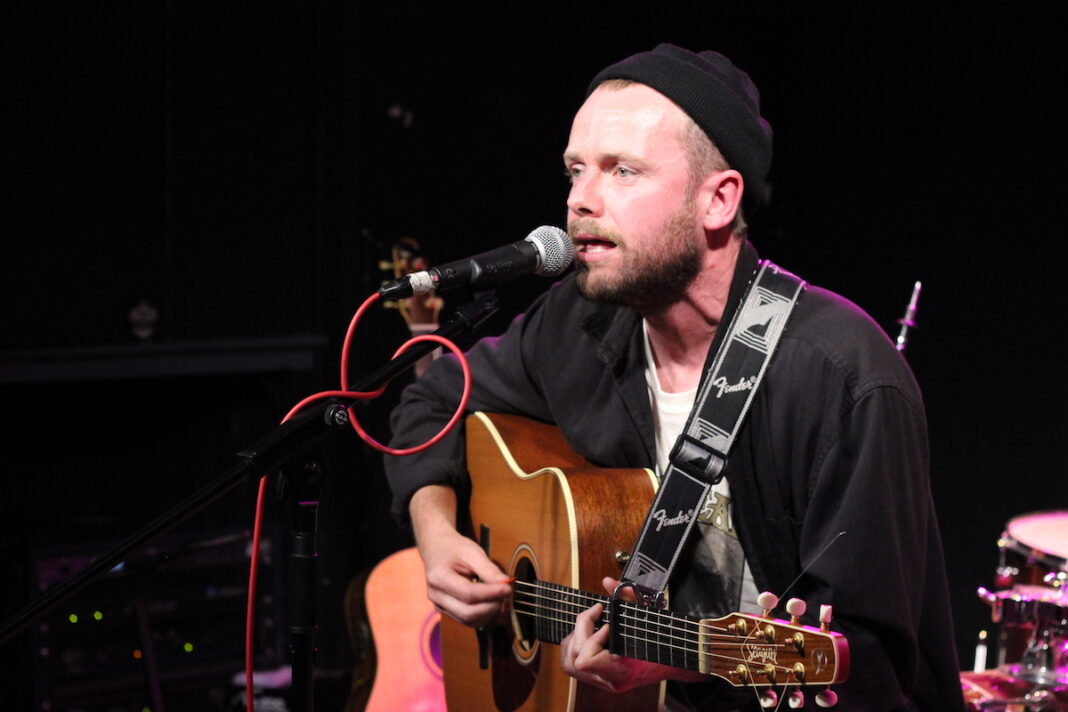 Michael Cassidy arrived in Inverness the same weekend as Andrea Bocelli and Duran Duran. Despite the arrival of such giants Michael gathered together a warm and appreciative audience to his intimate set at Mad Hatters. This was in no small measure to Katie Gregson-MacLeod who brought along a crowd consisting of family and friends, so no pressure then.

Katie opened with a breathy number, where you could have heard a pin drop, which set the scene for the evening. This led into “Games People Play” her debut single which was well received. “My August” saw the pace change again. The first of two covers, a down tempo take on Cascada’s “Everytime We Touch”, which was only learnt an hour beforehand, sat well in the acoustic set. “Summer in the City” with more than a nod to Katy Perry and more than a small hand from friend Molly, got feet tapping and had a strong commercially viable feel to it.

Second cover, Dido’s “Thank You” led into Katie’s final song “Saturday Night” which showcased the power that would be generated if played with her full band. Although, not her next single, Katie was keeping that under wraps, it very much had the makings of one. A fine end to a well set out acoustic set.

There was no faffing about as Michael Cassidy took to the stage a few minutes later. Michael sat, centre stage, on a stool with his new album “Wandering As Water” proudly placed in front of him. It was a set that would lean heavily on the material in the album for the very obvious reason that what he was promoting. Opener “The Wedding Dress”, not from the album, settles the crowd again, or maybe it was the

background to the song that there will be someone in the room that you really hate that kept everyone quiet. The reality is that Michael is a songwriter that you can, and want, to listen to. It’s not just his songs that engage, but his self-deprecating banter, and musings between them. Did you know it is possible to get a Tears For Fears t-shirt for £3.20 on ebay?

“You’re Gone” precedes the first of the night’s jokes, firmly embedded in Michael’s set and this leads into “No One Else’s, Mine” and then “Tarka”. There is a particular warmth to “Tarka”, and as much as a well engineered and produced track on an album can convey, it is the stage setting that really brings it to life, even without the additional instrumentation.

The lamenting “God Help The Boy” followed by his ‘sad boy anthem’, “Sky Cover Blue” in turn lead on to a single from the album,“Tell Me Who You Are”. Before the set draws to a close we are promised something a little special at the end. After “Oblivious” ends the set Katie is invited back onto the stage for a final song, “Malibu” by Miley Cyrus, picked because, well it’s the only song that they both knew, even if a couple of prompts and a phone were required for lyrics.

Although the evening finished relatively early for an Inverness gig, it did start earlier too, time was never a factor as no one really knew what time it was, or even when they started. This played into the informality and intimacy of the show. You don’t need stadiums or arenas to enjoy music, just a couple of musicians who are on their game.