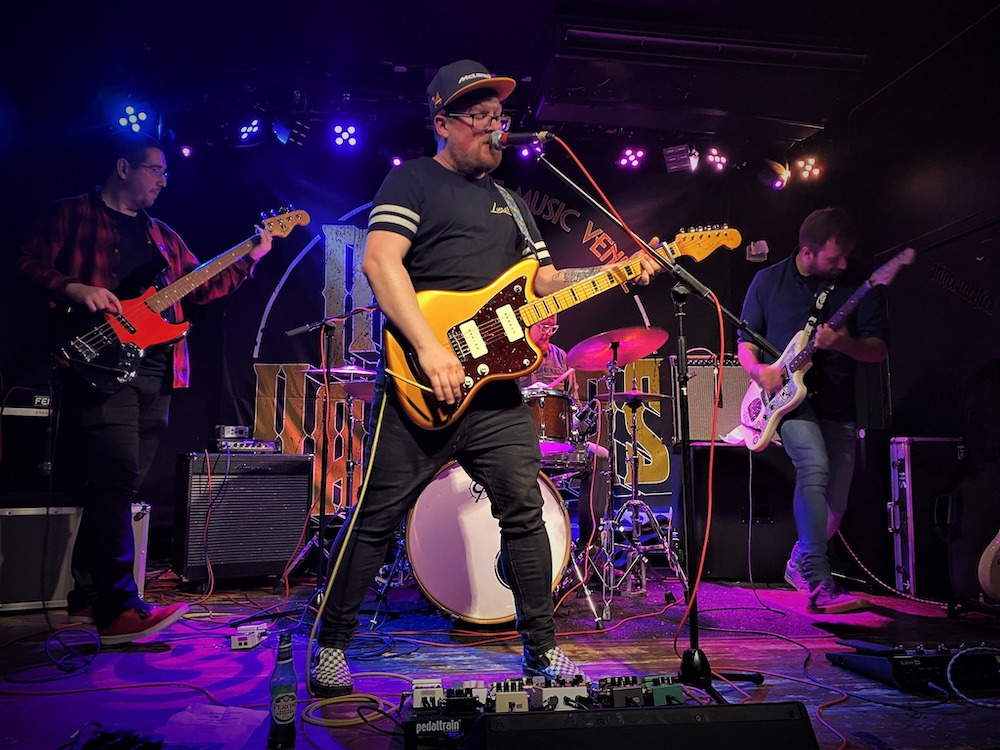 Ahead of their tour to promote new release ‘Rise’, Lucille chats to IGigs.

You were one of the first local bands to start gigging again after Covid, how does it feel to be back?

Playing live is like an addiction, you can try fill that void but nothing comes close, that being said there was a level of apprehension about getting back to it all, and several questions like would people be comfortable going back to live music so soon? How would an audience react to live music when the social norms of dancing and being bunched together were still faux pas?

We would say though it was a great experience particularly getting to play a new venue like the Botanic House for the first time and being back playing live with our pals over at Lucid Liars, even if we had to socialise at a distance….. Admittedly we were a little rusty, having not had much practice, but we gave it our all and believe the sat down audience enjoyed it and it was nice to blow the cobwebs off.

What impact has Covid had on Lucille?

Covid has impacted everyone in some way or another whether they are a musician or not, so we aren’t going to claim we’ve been hard done by but Covid had this nice way of hitting one of the band members just as soon as we started to build up steam, often flooring one of us for weeks at a time, halting all the progress we thought we were making. Hopefully though, we are all over the worst of it and we can start looking to the future, with a new single imminent and the tour just around the corner.

How would you describe the creative spirit of Lucille?

From the challenges of Covid came new ways of writing, recording, and developing songs, with the band turning our eyes and ears towards home recording. This gave us an exciting opportunity to really dig into all our back catalogue and look at what we were all playing and how we could improve them as well as our own playing styles.

This more than ever allowed everyone to have a say on the development of new songs, with Jack often offering up some advice on a strumming pattern or Harry suggesting a slight different chord phrasing all to the betterment of the songs which we think show further evolution of the Lucille sound.. We hope fans are as passionate about the new songs as we are, as we believe these are some of the best we have written, while complementing our older material.

The tour kicks off soon, what would you like the audience to feel after seeing you live?

We hope the audience feel the passion and energy we put into every moment of every song and that they come away at the end of the evening having enjoyed themselves just enough to think about coming to see us again or looking us up on social media.

We recently had the pleasure of opening Monsterfest at the Ironworks to probably our biggest crowd to date, we gave the performance our everything and the reaction and growth on our social media platform was unlike anything we had seen before, which was incredibly humbling. This tour promises to be cathartic and hopefully it is for the audience too.

You can only listen to five songs for the duration of the tour, what are they and why?

Foo Fighters – My Hero. With the untimely death of Taylor Hawkins, this song takes on a whole new meaning to the world, however this song has always been a long-term favourite of ours.

Muse – Panic Station. Whenever there is a break during rehearsal Gordon and Jack bust straight into this funky number.

Taylor Swift featuring Bon Ivor – Exile. Marc is driving so we are definitely listening to some Taylor Swift and this song is the perfect blend of moody and pop, and sometimes you just need a ballad in there….

Architects – Dying is absolutely safe. The whole album is amazing and something slightly different from what we would normally listen too, but the Abbey Road version of this song introduces strings and a new softer element to this already amazing song.

You have a strong moody promo for the new single, ‘Rise’. How does that represent the track?

Rise is a continuation of the story we are painting through our songs of the modern-day anarchist, and the daily struggles of the world and its modern-day problems. The lyrics of Rise are a cry for help from a generation looking for its place in the bigger picture, symbolised in the lines “I’ll rise, and I’ll try to break free from the mould”. The song is intentionally edgy and moody, so we are glad those vibes have been picked up, and we are so proud of the finished product having self-produced the project with the help of Steve Bull who tracked the drums for us.

Harry – I would replace myself with Pat Smear from the Foo Fighters because who doesn’t love Pat Smear… the person and not you know….

Jack – I would replace Marc, Harry, and Gord with Mike Kerr from Royal blood….

Marc – I was going to say something emotional and poetic about replacing myself with Jake Bolt from Chancers as he genuinely is the reason I got into guitar and stuck with it however I think letting Gord and Harry replace themselves with Pat Smear and Flea would mean I would get some cool characters in my rhythm section and then replace Jack with Ben Johnston from Biffy Clyro leaving me with one kick-ass supergroup … So … when does this all happen?

Lucille release their next single “Rise” on April 22nd on all majorstreaming platforms and will be touring across the UK to promote the single.

You can keep up to date with all things Lucille on social media: