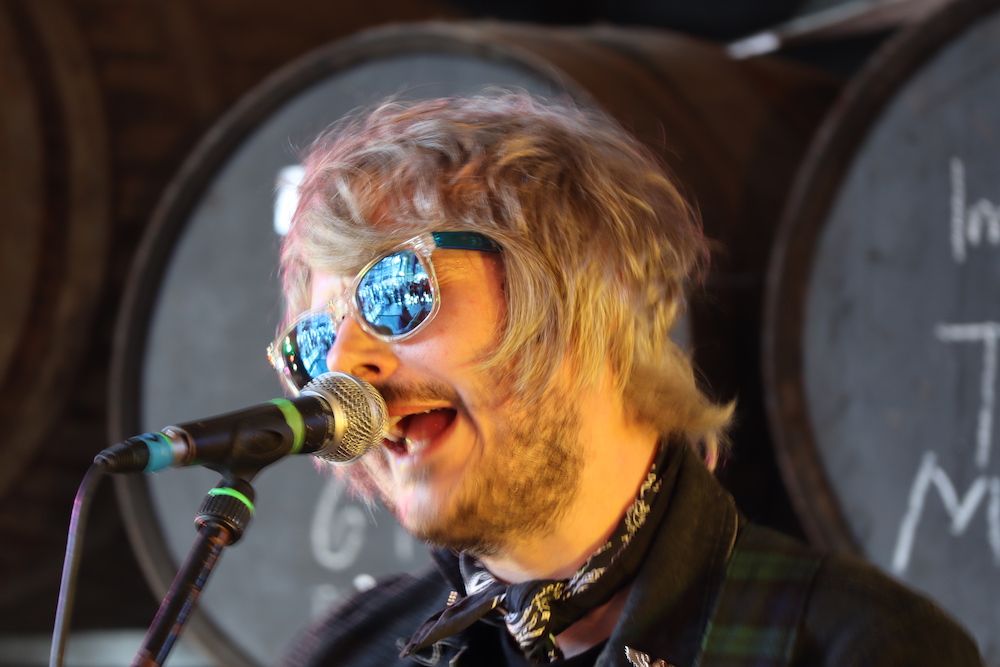 Ahead of their gig at Mad Hatters in January, Chancers chat to Lucille.

How the hell are you guys? We can honestly say we are delighted to have you here with us today and thought it would be a great opportunity to ask you some questions and get to know you a little better ahead of our “Nothing comes for Free” Single Launch.

So simply, who are you guys and what do you do?

2019 was the beginning for Chancers but what can fans expect to see and hear in 2020?

Laurie: 2020 is the year of the Ox . It will bring oxo cubes for soup, vOx for singing and rox n rolls … and other delights

Jake: We’ve got our next single in the pipeline, a bunch of new songs to record and are hoping to play as many lovely gigs as possible, maybe go play abroad and a get a tan you never know…

We loved debut single “Still Here With You” which we think is a definite hit but we want to know which songs of yours are personal favourites?

Laurie: Locked Out & Glue – because of Jake’s big country melodic style of writing …& I love 32 because it got me out of a dark hole at the time. I think I was 31 when I wrote it, but 32 rhymes with more.

Archie: I really like ‘Towers’ because it has the word ‘gasoline’ in it and it’s leaning on the mantelpiece of epic…but mainly because it’s a really nice song. I also like ‘Glue’ but that’s my problem not anyone else’s.

Mikey: Hard to pick but I’d say my favourites are ‘Locked Out’ and ‘Still Here With You’ as I think they are both just great sing along tunes looking forward to playing them on tour!

Jake: ‘One Step Ahead’ because it’s easily the best song I’ve been involved in writing. It’s an absolute bitch to sing though. I should really get lessons.

If you could open a show for any artist who would it be and why?

Archie: John Frusciante because I’d get to see a real magic show …and for free! Gee Wilkers, Batman! Or Father Ted and Dougal.

Mikey: Em.. if we could open for anyone it would be hands down, Noel Gallagher because he’s the reason I got into the guitar and playing in bands.

Laurie: Paramore or Dixie Chicks- because I have to big up the ladies! They’re amazing musicians/songwriters. Their music means a lot to me in my journey through life thus far.

Chancers began life as a duo but how has the development from duo to full band been and was it always planned or a fortunate find?

Jake: We were always meant to be a full band. Was just a matter of bidding our time until the right dorks came along.

Laurie: Full band was always the plan – started gigging as a duo, then trio with Mikey. We were always gonna poach Mikey and Arch from The Oxides but their drummer ran away to Hungary for some snacks… Thankfully the universe gifted us the wonderful Cal – he’s unreal on drums! He also brings our average age down to about 50.

As we are both on the same bill at our next gig alongside Danny Mortimer, we thought it would be the perfect time to ask you a couple of questions about Lucille, after all had it not been for a pep talk outside the Market Bar a couple of years ago from Jake and Lauren, Lucille may not have made it this far, so thank you…

Jake: It’s gotta be from BB King, right? His trusty Gibson 345?! Had something to do with a lemon party, kerosene & 2 lads fighting over a lassie called Lucille and nearly losing his guitar and eye in fire.

Having heard our debut single “Nothing comes for Free” what were your thoughts and what can fans expect?

Jake: I can’t give anything away but expect it to be 4 minutes and 37 seconds long. …but it is quite fancy!

We appreciate your time and can humbly say it will be an honour to share the stage with you guys on January 31st.

Cheers, lads! Buzzing for it.

Ps… Cal is on the nightshift.