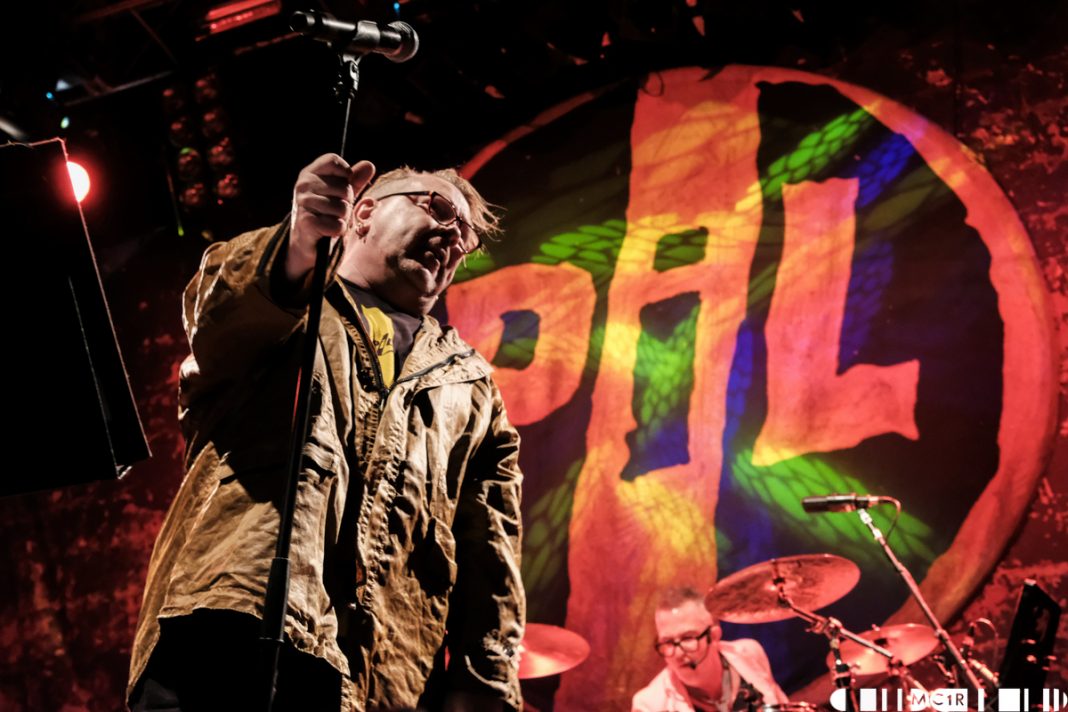 Although doors opened early at 7.30 it was a one act night with PiL taking the stage just after 9. That gave the early arrivals an opportunity to get a few beers in, and in at least one case that was probably too many…

The arrival of PiL on stage was greeted with wild adulation and as John Lydon settled centre stage with his now familiar lyric book, the crowd settled through ‘Warrior’, ‘The Body’ and the early part of the set paying their was warm deference to the demonstrative Lydon who twisted and contorted his vocal, as well as moved with strong physical presence as he cranked the crowd up.

The main focus may be on Lydon but you are still drawn to the backdrop of driving bass and wall of sound surrounding him. As the evening moves on, a largely passive audience is slowly coming to life as pockets of near pogoing begin to emerge as Lydon pulls the strings. The waves of energy coming from the stage are being transmitted to the crowd as the likes of ‘I’m Not Satisfied’ lead to the unmistakable ‘This is Not A Love Song’ and an unwelcome beer aimed at the stage, which then leads to ‘Rise’ with the crowd now fully engaged.

After brief respite the band return and Lydon takes the opportunity chastise the throwing of the beer before launching into their encore. With ‘Shoom’ drawing it to a close, the short but well executed evening was almost brought to premature end when another beer was launched at the stage this time hitting Lydon, and this time he had enough and picked up his lyric book and aimed some choice words to the area from where it came and marched off with the band who were all equally pissed off. They did return and let their feeling be known. There is no ‘fuck off’ like a John Lydon ‘fuck off.’

It was a disappointing end for a night that was reaching a fitting finale only to be spoilt by one individual who, for whatever reason, felt that lobbing a beer at the stage was particularly big and clever. We understand that the matter has been referred to the police. This is happening far too often, and I for one am pleased that some action is being taken.

Check out our photos of the evening,

What a difference a year or two makes, read our review of PiL from 2016.