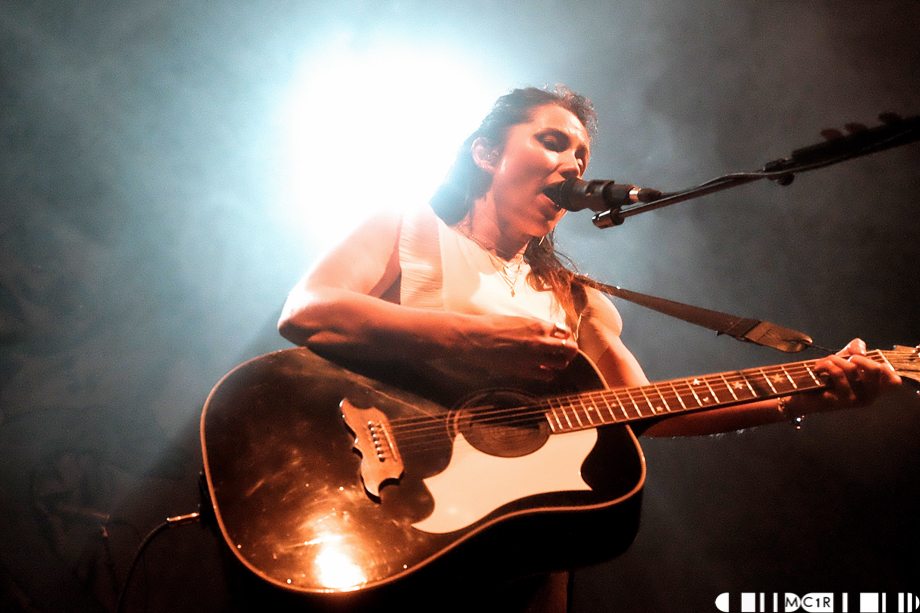 Ahead of her Garden Stage set at Belladrum 2017 on the 5th of August, KT Tunstall chats to Chris Lemon of IGigs.

Whilst she follows in the footsteps of her idols ,Chrissie Hynde, Patti Smith and PJ Harvey, KT Tunstall is your ‘normal’ charming down to earth multi-million album selling singer song writer. KT’s songs have  an infectious melodic nature that ensure you are humming around long after the tunes have finished. The release of her fifth album , Kin, was preceded by a well documented Highland tour including an impressive gig at the Ironworks. An opportunity to catch up with KT Tunstall was too good to miss;

Belladrum has been described as the ‘Glastonbury of the North’ and has won over the hearts of it’s fans, but what was the draw of the festival for yourself?

I love any chance to play in Scotland to be honest, it’s great to play in my home country. I had a great time as the unannounced secret act in 2010 and can’t wait to come back with a load of new songs and a new band. Rain or shine, we’ll make a lot of noise!

We appreciate that you might be rushing off, but if you can (or could) get to see three other acts on the Belladrum bill this weekend, who would they be, and why?

The Pretenders, Franz Ferdinand and Slow Club. The Pretenders were an incredible formative band in my growth as a musician, and Chrissie Hynde is one of my ultimate rock n’ roll heroes. Brilliant writer, performer and style icon. Franz Ferdinand pioneered a whole new indie rock sound and are always a total joy to watch live. I’ve known Slow Club for quite a few years now, and it’s really interesting to see how they’re pushing the boundaries of what they do.

There is a romanticised version of festivals with sun, beer and fun, then there is the likes of of Jake Bugg who has been to known to be very frank about his, negative, feeling about festivals in general. How do you feel about playing festivals?

I think you either love it or you don’t. If you do love festivals, the sun is a bonus. I love playing festivals, always have, from the very first time I played at T in the park in 1996 with King Creosote. It’s probably pretty dependent on what kind of music you make. My music is tailor-made for that environment; upbeat, joyful, full-on, outdoors, knees-up…

What has been your favourite festival appearance both performing and as an audience member, what made them particularly special?

So hard to choose my favourite festival appearance! My first T in the Park was epic, in the glorious sunshine. Wickerman was cool, we played in incredibly thick fog – it was super spooky. My first V Festival, the entire PA went down during ‘Other Side Of The World’ and the whole crowd just carried on singing, that blew me away. I’ve actually just seen one of the most incredible festival performances in my life this last weekend; Grace Jones. She is a bona fide God.

“Tambo-gate” seemed to dominate your Highland tour last year, apart from the return of the tambourine what were your highlights of the tour?

We had an incredible gig on Shetland. We were meant to play a little 350 capacity venue, but it was the first time I’ve ever played there and demand was so high we got moved to the leisure centre and played to 1200 people! It was a totally awesome, off-the-charts gig. Such amazing energy in there, and a pretty high percentage of the entire gig-going population of the island! Robert Hicks the promoter and his wife Helen cooked us the most stupendous home-cooked meal while we were up there, which was a lovely bonding evening. The weather was ridiculously warm and sunny the whole time, we had such a memorable trip.

Last time we caught you was when you played at the Ironworks, the reciprocal relationship between you and the audience was so strong and warm. Is that something that you are aware of, and how do you account for it?

It’s deepened over time. I’ve come to realise that my banter with the crowd is a really important part of my show, particularly my solo show, and really makes each gig unique. I’ve been pushing it more and more these last few years, and the gig sometimes feels more like a comedy show! We have a really good laugh. The more you can be yourself on stage, the more you can genuinely connect I think.

We watched ‘The Devil Wears Prada’ for the first time recently and of course it opens with your tune, which led us to find out about your interest in syncing and scoring; do you feel this has impacted on your songwriting?

Yeah for sure. I spent 2 weeks a few years ago as a fellow on the Sundance Film Institute’s Composers Lab up in Northern California studying film scoring. It’s held at George Lucas’s Skywalker Ranch and world class Hollywood composers come up to tutor you. It was a sonic utopia, I never wanted to leave! It’s a very different skill, and I loving always being in a learning curve. The less structured nature of it has been really good for how I approach my own writing.

KT Tunstall will be performing on the Garden Stage on the 5th of August, before headliners Franz Ferdinand.

Are you ready for Belladrum 2017? check out our newly designed T-shirts.

Check out our interview with up and coming talented singer songwriter, Tamzene;