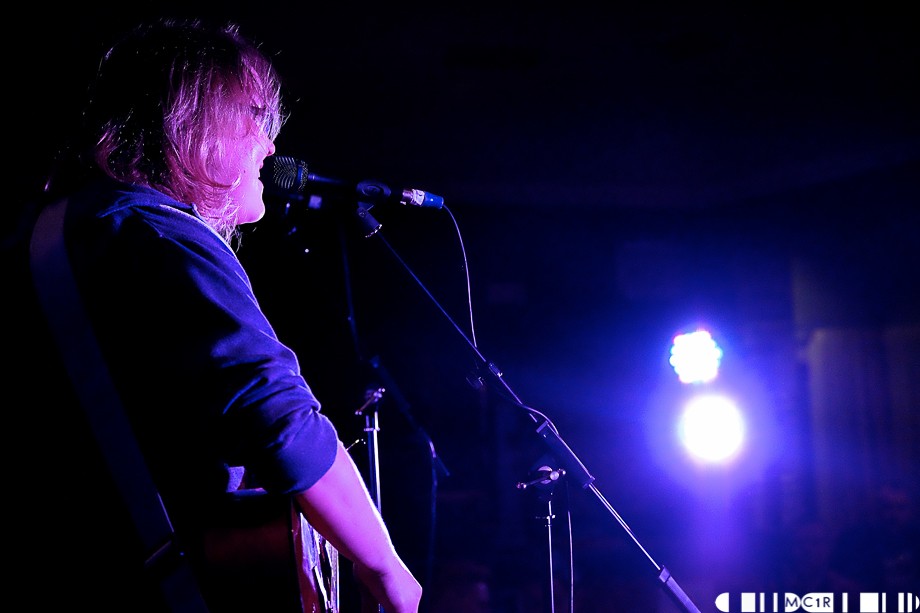 On Friday 12th June we all headed Back to the Pav for a great night of music showcasing successfully organised by Inverness Gigs, Dingwall Events and the Strathpeffer Pavilion.

The Strathpeffer Pavilion remains one of my favourite local venues, beautiful in appearance and more than ample in size. With two stages running throughout the evening, there was also no lack of talent in the Pav on Friday night with the main stage playing host the majority of our acts but an acoustic stage providing a more mellow and relaxed atmosphere.

The night kicked off on the main stage with Alness band Atlas. Atlas first came to the forefront of the local music scene last year following their appearance at The Ironworks Winter Showcase and the release of their first EP ‘Strawberries’. Their sound lies predominantly in the pop-punk genre but musically drifts into rockier territories from time to time.

On Friday night the band treated us to some new material which continued along the upbeat pop punk vein and proved popular with the Pav crowd. We were also treated to many of the EP songs including the title track ‘Strawberries’; a fun, single sounding ‘stuck in your head’ track. Their set also included a unique take on Lorde’s successful single Royals.

There was a change to the band’s lineup with drummer Connor Cowan being unavailable for the evenings performance. Instead we saw Kieran Auld take to the drums and Michael McCulloch on bass. It was a dynamic and enthusiastic performance from Atlas who are bound to keep moving forward with their promising new material.

We then progressed at a slightly different tempo on the acoustic stage. Next up was Rhythmnreel front man Jim Kennedy. Jim was not part of the original Back to the Pav line up but when The Side unfortunately had to pull out and some tweaks were made to our line up, Jim stepped in for save the situation!

Jim played many tracks from an EP that he has released which holds songs about WWI. There are many touching tales of tragedy and heroics told through his music. Accompanied by drummer Alasdair, who was also occasionally was assisting on vocals, it was really a time for thoughtful storytelling and leisurely listening.

Hop back through the doors to the main hall (I see a pattern forming here) and we find Raining Stairs. Raining Stairs front man Kenny Maclennan earlier this year told Inverness Gigs that he would best describe the band’s sound as ‘honest, uplifting, commercial rock music’ and this is exactly what they delivered to us on Friday night. The band first rose to popularity in the last 80’s and early 90’s when they toured with bands such as Runrig.

The treated the Back to the Pav audience to some of the original songs from their first album released in 1991 along with some newer material. There’s nothing unpredictable or awe inspiring about the set delivered by the rockers but it does what it says on the tin: good, fun rock music.

Carrying on the evening next door on the acoustic side of things was the talented Sarah Williamson. Sarah once fronted local band Shaped but now steps out as a solo artist. This is the first time I’ve caught Sarah live and to begin with I sensed that she was perhaps quite nervous however at the same time gutsy, fun and humorous.

Her cheerful acoustic guitar and melodies set the background for some catchy lyrics which are often also personal laced with unflinching honesty and a slightly dark sense of humour. All in all it made for a very fresh and engaging experience rounded off perfectly with a fun cover of Britney Spear’s ‘Hit Me Baby One More Time’.

Ready to carry on the show on our main stage were Inverness band Silver Coast. It’s been a been awhile since I’ve caught the Alt Rock group in action and I’ve got to say that they are a real testament to what can be achieved with a cracking work ethic and dedication. The boys have really tightened up their sound and their stage presence is confident, fun and friendly.

Front man Aaron Murray’s voice has improved over the last couple of years after steadily gigging, hitting some impressive notes in songs such as their single ‘Hold On.’ They performed a six song of emotive, cool alternative rock finishing on a high with some great riffs in song ‘As She Cries’.

The last band to grace the acoustic stage were the lovely AlmostFolk. AlmostFolk came together after the four studied at UHI North Highland College Campus together and decided to move things beyond the college and take their talent to the stage. A relatively new band, they already have an impressive repertoire of songs. As the name would suggest, the band almost fall into the folk category however not in the traditional sense and not in the ‘indie’ sense that we see quite often at the moment.

Instead they sit on the periphery of folk with their gentle vocals and soft sax. Carmen Beaton has a lovely lulling singing voice. My only almost-qualm would be the distinct similarities that run from track to track and I hope that as AlmostFolk progress we see them vary their sound to create a more enthralling performance. I’m also desperate for a funky saxophone solo but that’s maybe just me.

At last, we arrive at our grand finale. Fresh from XpoNorth 2015, ‘vaguely outrageous, psychedelic 3 piece folk funk outfit’ Spring Break rounded of things at the Pav with style. The 3 piece ensemble includes rapper Ross Carbarns (AKA Badger Sized Rat or DJ Butterscotch), vocalist Emily Mackinnon and guitarist Ben Hesling. Spring Break are going from strength to strength at the moment; having released a cracking debut EP earlier this year, they’re continuously drawing bigger crowds and their wackiness improves and grows all the time.

The tracks are unique and distinctive but at the same time very relatable, for example ‘The Slouch’ about that one friend who is a hopeless layabout, is something that a lot of us can relate to. A personal favourite of mine is ‘Dolphin Puncher’, about a man who gets so mad at the day to day tasks in life that he could conceivably punch a beautiful aquatic animal. Emily Mackinnon’s vocals are strong and her counterpoint melodies compliment DJ Butterscotch’s wrapping very well. The trio brought the night to an enjoyable end with song ‘Tractor Tractor’, the chorus of which was apparently written by a 4 year old girl. Huh.

A great night on both stages with an amazing variety of acts and talent in abundance. Lets hope this isn’t the last time we go Back to the Pav.

More photos of the evening.