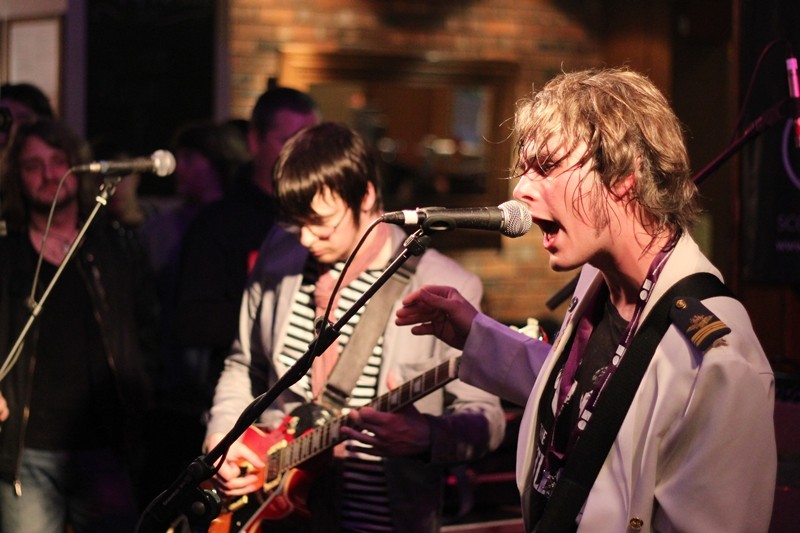 A review of Wednesday night, the Fifth of June, at goNORTH 2013, featuring So Many Animal Calls,Shambles Miller, Allie Bradley, These Reigning Days and The Oxides. 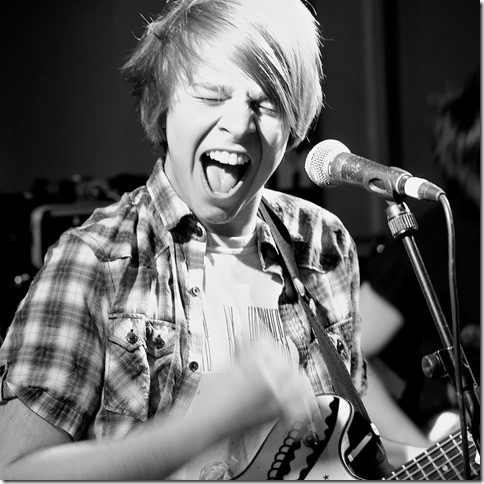 First stop was the Auctioneers, a venue not associated with live music, and a hulking great fixed table at the front of the stage possibly showed why. However, So Many Animal Calls, after a considered intro tore away any barrier between them and their audience. ‘She Was Speaking From the Bottom of The Sea’ ripped out and delivered a healthy dose of indie rock. ‘Almost Something Is Better Than Nothing’ leapt out next and gripped with Sean McKenna’s youthful vocal giving solid projection. It was good to start my GoNorth, but my stay here was all too short, as I had very brightly highlighted an act which overlapped in the, thankfully, nearby Market Bar. 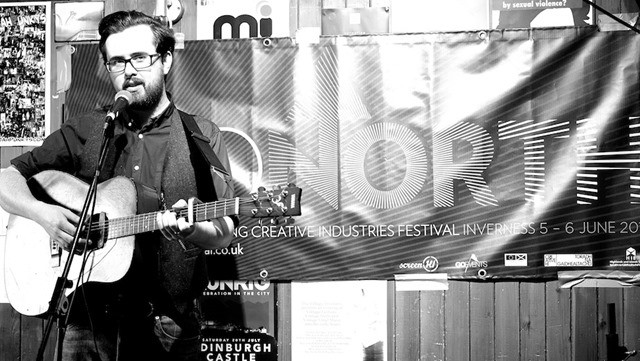 Shambles Miller was word of mouth act at Brew at the Bog, who brought in a decent crowd to the Market Bar. It would be all too easy to pass Shambles off as a bit of a joker with a guitar, but there is serious thought and timing within his songs. His ‘Things That Make Me Angry’ starts off fairly flippant with reference to those day to day matters which may irk, but leads on towards the end with those matters which do make him, and many others, truly angry. His Chris Brown song, that is a song about Chris Brown, and not a cover equally displays his sharp observations. 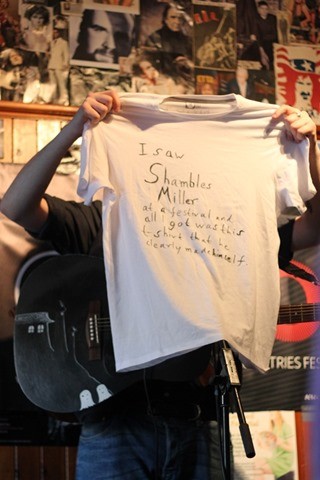 His humour, although along the lines of that at the aforementioned Brew at The Bog, with his legendary flyer and single t-shirt, still has its place at each gig. How the flyer has lasted 36 gigs I will never know, and I really hope he gets the £100 bid for his t-shirt. He truly deserves it. 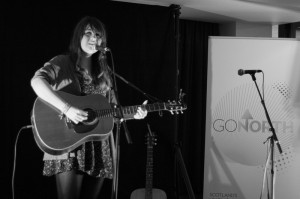 If there is one thing more than anything else at these showcases that GoNorth get consistently right is the quality of non-Scottish acts. A trip down to the Encore Hotel was my opportunity to take in the first of two such acts tonight. Belfast lass Allie Bradley, was a new name to me, but one that I am sure that we will hear a lot more of. The venue was set out with an air of formality with seats placed at the front, and this was so correct for the line-up of acts. Acts that demanded to be listened to carefully.

Allie opened up her set with ‘Running For Cover’, enough for any of those that venue hop to stay and hear a little more. ‘Told You So’, from her new EP, was a gem. It brought out the tones of her voice; powerful, yet still with a level of intimacy. Allie wasn’t afraid to bring us a few new songs and politely introduced them, on almost each occasion. Her songs would sit well in movie soundtracks, and those being films of substance. There is sufficient variation in her delivery to give a multi-dimensional performance, not always that easy with a vocal and guitar. 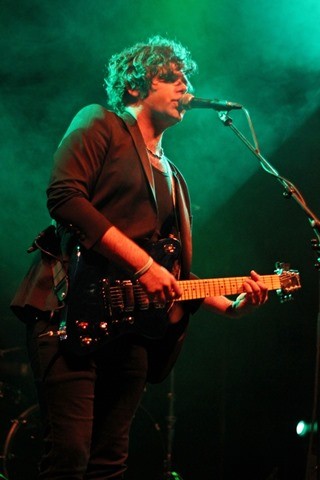 Next stop was the Ironworks. Normally when there is live music in town the Ironworks is the focus of attention. Not when I visited, when it had possibly the poorest attendance of my evening. I had stopped off for a couple of Devon’s These Reigning Days songs. Their sound is big, very big. Each song is an anthem and is suited to bigger arenas, and unfortunately fell upon deaf ears in the Ironworks. However, there was no holding back, as Dan Steer combines vocal duties with keys and guitar, giving the three piece a sound that belies their numbers. Stick them in a crowded venue and it will work, but somehow in the vast spaces of the Ironworks it it is all a little misplaced. ‘Too Late’ and ‘Living It Up’, more than stand up for themselves, but just tonight they had no-one to stand up to.

Last stop, for me, was a return to the Auctioneers, and The Oxides. The Oxides don’t just promise, they consistently deliver. It was therefore no surprise that their reputation brought along a goodly number of local musicians, and a healthy bunch of new admirers. Jake Bolt is the focus, and he lives the dream when he is in front of an audience. All the usual standards were there, and why wouldn’t they, as was All I Do which sees Jake expand his range, and also gives both him and his audience a little respite. Jake always takes time out to launch a few CDs into the crowd in just about every gig I’ve seen them play. It’s about time though that they moved it up a level and made some serious sales, as they are well capable of it.

They even sneak in a little cover no doubt influenced by their recent trip to The Cavern in Liverpool. But guys like Jake can’t do it on their own, and Paul Elliott is acting as the perfect foil for Jake adding levels of intricacy to the performance which it richly deserves. A shout out must also go to Duff and Archie who give the scaffolding which supports Pel and the antics of Jake. In a way I was glad I was going home; I just couldn’t see that being topped. The Oxides play because they like playing and people like to hear them play. It’s quite simple really, but damn effective.

goNORTH Thursday- Not just a repeat of day 1