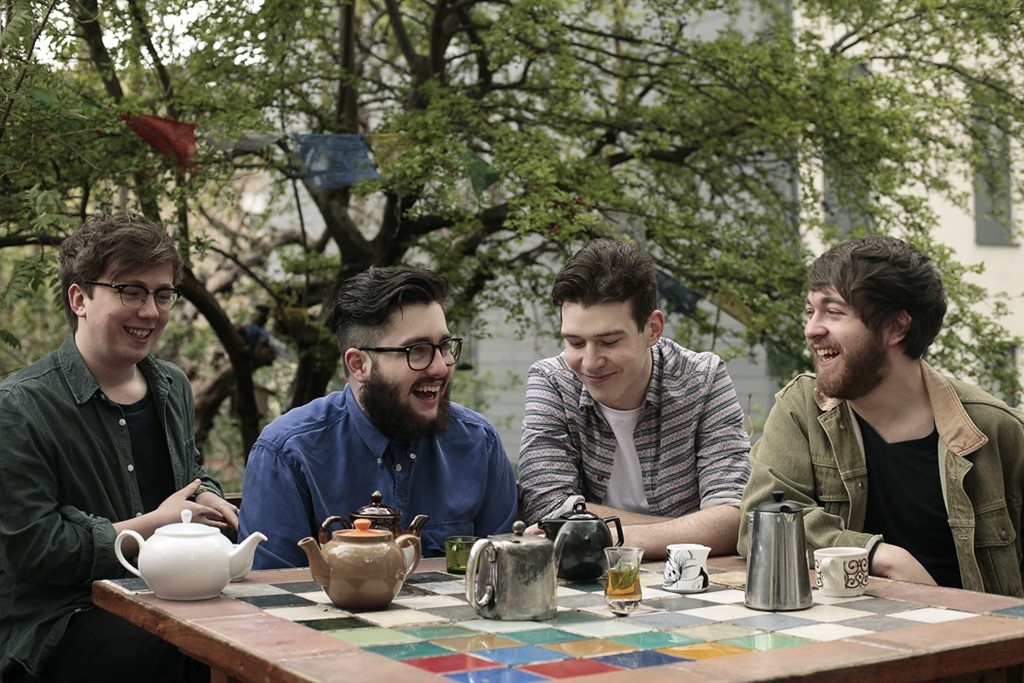 Fatherson are a four-piece band currently based in Glasgow, who describe their music as being “Scottish rock music with that loud/quiet dynamic.” They’ve already headlined Brew at the Bog and are soon returning to the Highlands to play Rockness and Belladrum. 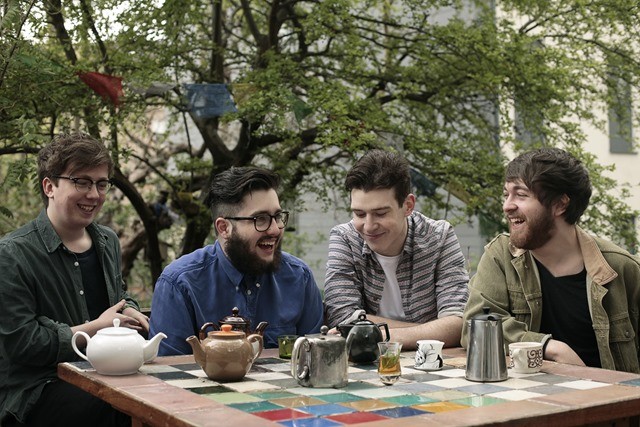 Originally hailing from Kilmarnock under the name of “Energy!”, the band moved to Glasgow to focus on creating music – with this came the decision to change their name to something more suitable. The name they are now known for was suggested by their Tour Manager and Producer, Bruce Rintoul and has stuck ever since.

With an impressive back catalogue to date, they’ve just finished recording their debut album which they’re hoping to have out by the end of the year.

With only a week until they hit the main stage at Rockness we caught up with Marc Strain, bass player of Fatherson to find out a bit more about the band.

One thing I have always found when listening to Fatherson is that their music is powerful. It’s clear that the lyrics are very personal to lead singer, Ross Leighton, but they’re also easy to relate to, giving every song a personal touch to the listener. Marc said: “We write songs in a couple of different ways. Most of the time it starts with Ross writing the basis of the song on an acoustic guitar, then we work on it together in a room. In terms of the lyrics a lot of the time they are quite personal to him and he keeps their meanings pretty secret. I’ve never seen Ross sit down and go: ‘today I’m going to write a song.’ It’s always very organic and natural. One of the songs on the album we came up with in about half an hour during pre production for the record and ended up making its way on. It’s a pretty random process.”

Previous EPs and singles have been recorded and produced by Bruce Rintoul, they decided to stick with him to record their debut album, as they “initially thought about working with someone who has worked with some bigger artists but decided that why go somewhere else when a guy who knows the band and songs inside out is on your doorstep and can do a brilliant job on it.”

Marc then added: “There’s a really good team around us that Bruce is a huge part of, the ethos behind the album is a big collective of talented people that all love the band and want to work on it not just to get paid. It’s a really lucky situation to be in and something we actively seek to maintain.”

“We booked into Gorbals Sound which is an incredible studio with some amazing equipment hidden in the Gorbals in Glasgow. By recording close to home we were able to spend our budget on such a good place and just walk home. It was pretty intense we were in for three weeks, ten hours a day with no time off. We’ve ended up with something we are really proud of and is even better than we expected. I can’t wait to get it out and let people hear it! There is a mix of songs people may have already heard and a bunch of brand new material, we are keeping the track listing close to our chests for the time being though.”

With being an independently run band there are obvious challenges financially, in terms of being able to book studio time and touring. Marc puts their success in being able to overcome this to having “a great fan base in Scotland that has kept on growing, it’s really thanks to all the people that come to shows, but the music and merch and allow us to tour the country.”

One of their songs is titled “Cat Stevens”, Ross once said this was to catch people’s attention when they were searching online for ‘Father and Son’ by the artist Cat Stevens. When asked if they have had any feedback about this, Marc said: “We are terrible at naming songs. [Drummer] Greg Walkinshaw usually makes up a joke title and we just go along with it. Cat Stevens is an example of that. Whether we keep that as the title going forward is something we are not sure of. It probably just confuses people more than anything!”

Fatherson always ensure they have a date in the Highlands on their tours, with them having played the Ironworks on a couple of occasions within the last year. They’ve always been vocal about coming to play up in the Highlands and Marc explains why: “We love Inverness, it’s probably our favourite place in Scotland to play and just generally hang out in. We have some really close friends up in Inverness that we don’t get to see as much as we would like so it’s always a highlight of any tour. With headlining Brew at the Bog, playing main stage at Rockness and then returning to Belladrum we’re pretty excited. We’ll be doing another headline show before the end of the year, hopefully we’ll have some news on that soon.”

With Rockness just round the corner, Marc added: “We have our set ready just doing a few more rehearsals before the show. I don’t think we’ve thought about it too much but we are starting to get very excited. We’re only able to go on the Sunday as we have another show that weekend but I’m really looking forward to catching Ben Howard and just generally seeing what the festival is like!”

Be sure to catch them opening the main stage Sunday 9th of August at Rockness, or at Belladrum in August.