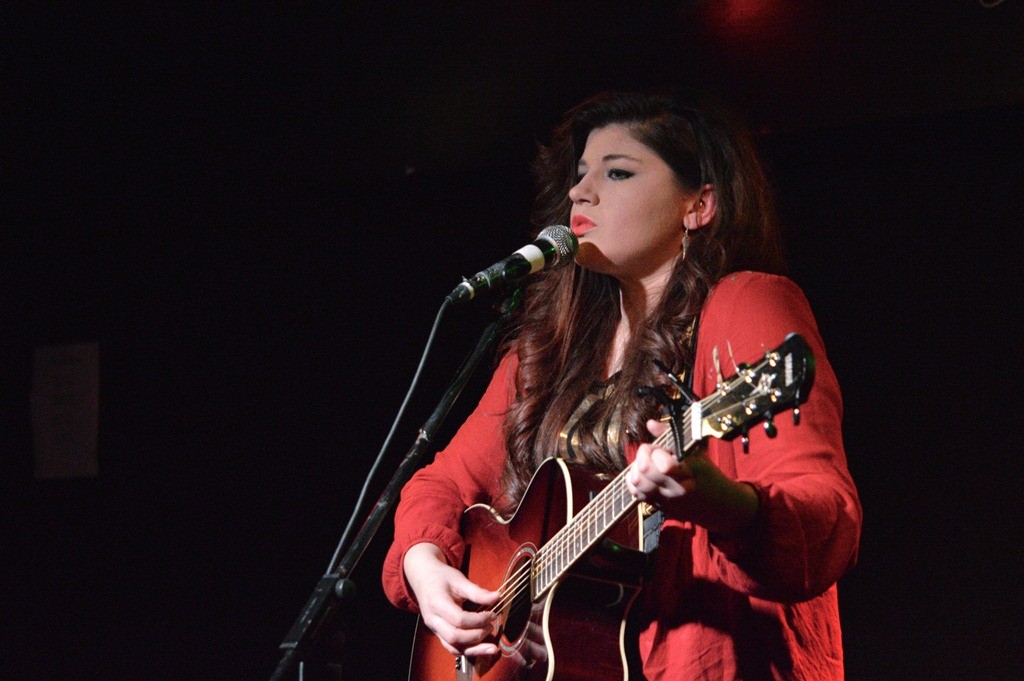 Jemma Tweedie talks to Inverness Gigs about her music, her plans for the Summer and her love of Rockness, among other things…

It’s hard to ignore Jemma Tweedie at the moment, probably the equivalent of the Tasmanian Devil, should he have chosen to pick up a guitar and pursue his passion, although I suspect that his styling would be significantly less melodic. 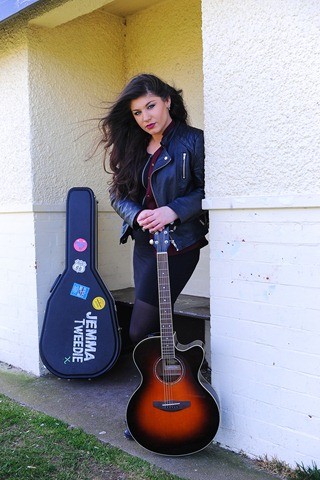 The 20 year old from Nairn is currently studying Radiography in Glasgow and whilst she claims to be limiting her gigging due to her commitment to her studies, this would not be readily obvious to an onlooker!

She refers to this being the calm before the storm and indeed the summer offers much for Jemma who has already been announced on the goNORTH line-up, the Cornbury festival Oxfordshire and most recently been announced on the bill of Rockness as part of the Inverness Gigs and Netsounds Unsigned curated list of acts.

Jemma speaks fondly of Rockness, a festival that she has attended loyally every year. Jemma recalls 2011 as being her favourite catching the likes of Kasabian, Favourite Son and Zane Lowe. For 2013 however Jemma had resigned herself to not attending mainly due to a lack of funds, but attempts to play the festival had also been unsuccessful. ” I was chuffed when I was told that I was going to play the festival” although admits to it being a bit surreal.

Also on the agenda this summer is a forty plus date tour of Caffe Neros taking her round the UK. Indeed her tracks are already being played in the cafes as part of their playlist, after she had sent the chain a copy of her EP. “It was only going to be a Scottish tour, but it got a bit out of hand”she comments with a slight laugh, perhaps out of nervousness given the size of the tour? “I gig a lot anyway” alleviating any thoughts of nervousness “ I live on buses… It’s kinda normal for me” She did resist the temptation to book gigs at night as well, which is probably a wise move.

Jemma talks about the many demands on a singer including the management element “I spend a lot of time on my computer booking gigs.. chasing up things…” She acknowledges that it detracts from her passion for music “If I don’t write a song every week I go kinda insane”. Her inspirations for her songs come from various sources such as feeling strong about something or just a snippet of conversation that has poignancy. She referred to her song “Draw the Line” which a couple of her friends cried at “if people can connect to my song at that level it’s really cool”.

It is her gig at King Tuts last year that stands out for her so far in an albeit relatively short career. Jemma talked fondly of her experiences as a fan at the venue and her last gig before performing there was watching Tom Odell and Jake Bugg. When she played, Jemma played the same position as Tom (first support), and was pleased with the amount of audience that watched her play “ I still get pumped up thinking about it”.She returns to play Glasgow, this time at the O2 ABC, on the 30th of May when she will be supporting Danny Shah.

It’s difficult to remember that Jemma’s career is a particularly young one, this time last year she had only owned a guitar for a few months.On talking about her first steps into music, she frequently refers to her dad both for his musical preferences and that she decided to learn the guitar after her dad did, a couple of years prior. “I watched him.. I liked making a noise and trying to figure out the chords”. For Christmas that year she received a guitar and struggled to put it down after that. 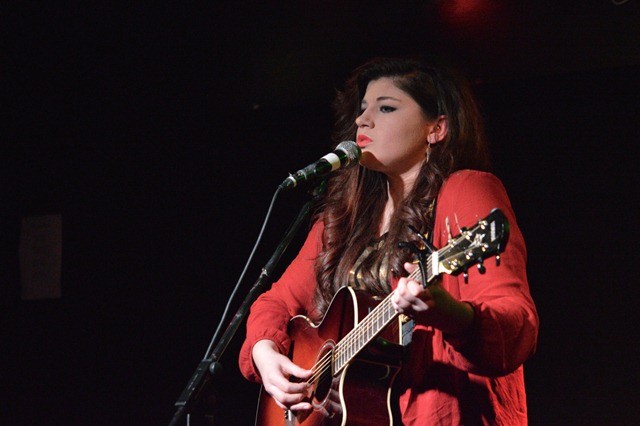 At the moment Jemma is drawn to the 1920’s referring to acts such as Muddy Waters and Minnie Memphis although also referring to The Clash, The Beatles and The Rolling Stones and the more contemporary Miles Kane and Jack White. “All my influences tend to be men” she observes. Although on reflections she also holds Amy Winehouse in high esteem.

As for her own recordings, a follow up to debut EP ‘Two Hands’ maybe a while off although the intention is to record material for electronic release at some point although finding the time is a challenge.” I don’t want people to get bored and think that I have disappeared”.

Getting a sense of where Jemma is at I don’t think she will be going off the radar anytime soon, in fact we’re even more convinced that Jemma’s profile will continue to grow over the next few months.

You can see more of Jemma Tweedie on Facebook.

Please also keep track of what’s going on in Invermess by signing up to the Inverness Gigs mailing list.