We manage to catch up with The Whiskys, Emma Mitchell, Naked Red and James Mackenzie at Brew at  the Bog 2013.

The thing about small festivals is that the acts, as well as playing, take time out to watch other performances so you always can hunt a few of them down to get a few words. First on the main stage were the Earls of Caithness who had Emma Mitchell appearing on vocals. Emma has been busy, and continues to be and I was able to catch up with her before she headed off on another engagement to talk about her many projects including The Blues Experience. 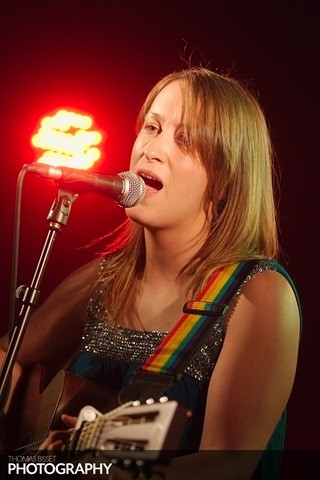 “We used to be called the Greenhouse Blues Rock Band and we decided to change the name to The Blues Experience because myself and Matt Sillars have always done stuff together, you know blues songs and jammed together, and we decided we should invite some more musicians along. So more musicians joined in and we just felt it was more a blues experience than a house band. You never know who’s going to be on stage with us.”

So expect a bit of madness on the Thursday night at Belladrum. Emma has been putting a lot of time and effort into her solo career and early versions of songs such as ‘Wild Cavemen’ and ‘Lost’ show great promise, and she developed on where she had progressed to.

“I’m working with people down in London; there’s a record producer down there. I’ve just got to get my EP recorded which I’m recording with Andy Williamson out at the Byre in Beauly, and then I’ll be up to Thurso to record some vocals there and I think I’ve got about eight musicians involved in the project and we really are going for the Mumford and Sons feel to music, I really like that sound, that folk rock feel. I really like the feel. People getting up and moving around and enjoying themselves, and having a nice swing to it.” You can catch The Blues Experience at The Eagle on the 29th of June, 2013.

Another of those that I bumped into was Naked Red’s Andy Forbes who had just completed their set on the Bothy Stage where he was enthusiastic about their turn, and the turnout.

“It was great. We didn’t get a soundcheck, so we said ‘let’s go for it!’. We wanted it to be loud, in your face, and I think we got that across. A lot of friends of the band were there but the majority were folks we’d never seen before and they seemed to enjoy it.”

So with Brew at the Bog behind them, they had plenty to look forward to especially with the change in personnel.

“The plan now is recording, definitely recording and getting some new stuff out there. With Steve in the band (Steve Sinclair also of the Galipaygos) the songs are a lot more dynamic”.

Also with changes in their lineup are The Whiskys, along with an abbreviated name. I caught up with the band’s Kris Douglas just before they went on stage and he was enthusiastic about their appearance, and the changes to the band.

“It’s going good. We had a wee warm up at the Mallard (in Dingwall) and everything was spot on. I can’t wait to get on. I can’t believe I missed it last year.”

The first Whiskys’ album, The Taming of Me was well received by their loyal following and a second album is planned, and a few more dates are in the pipeline.

“It’s coming on alright with the wee hiccup that we had. Losing Iain threw a bit of a spanner in the works but it all back on track. It should be released towards the end of the year. We’ve got shows coming up at Twa Tams in Perth on the 24th of May followed by Cafe Drummond in Aberdeen on the 25th. We are just trying to put together as many shows as we can.” 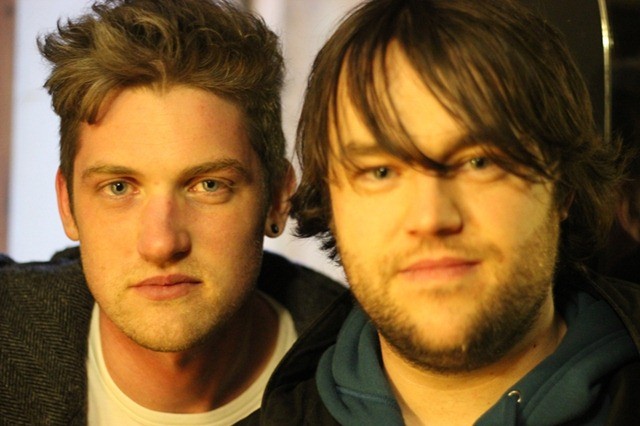 Although he has now moved to Glasgow, James MacKenzie was thrilled to be back up north playing again and happy to talk about how he was settling following his move south.

“I’m still settling in at the moment. It will take a couple of months, but doing this gig today has kind of got the new band together and I have felt a bit out of touch having not done it for a long time. I was a big fish in a small pond up here. Down in Glasgow I’m a tiny, tiny fish. I’ve got to work my way up and increase my size, get a bit known, get a bit of credit, get a bit of a reputation, build a fan base. I’ve got my friend Chris (Gorman) down there. He’s in a couple of bands doing his own thing. He’s got his own studio and he’s doing a lot of stuff with me.”

Today there was evidence of a change in direction for James, with a beefed up sound.

“We’re doing something rockier, we’re going a bit more heavy although we’re still going to have piano, guitar and drums. We’ve got someone doing a bit of heavy guitar work and I’m now on the electric guitar. We are writing songs that are out of our comfort zone.”

The ‘we’ that James refers to is his writing partnership with Chris Gorman who talks about his work with James.

“When i started working with James it was very acoustic and funky so he had aspirations to something heavier so it just came at the right time for us when we started working on a new batch of songs and it seems to be working pretty well. I’ve got the benefit of having the studio in my house, so we can throw things at the wall and see if they stick.”

There is a great camaraderie and sense of purpose between James and Chris, and with a tour having just started the fruits of their labours are going on display. The tour takes in a number of dates in England followed up by Scottish dates with a visit to Hootananny in Inverness on the 19th of May. Go along, you’ll be pleasantly surprised.