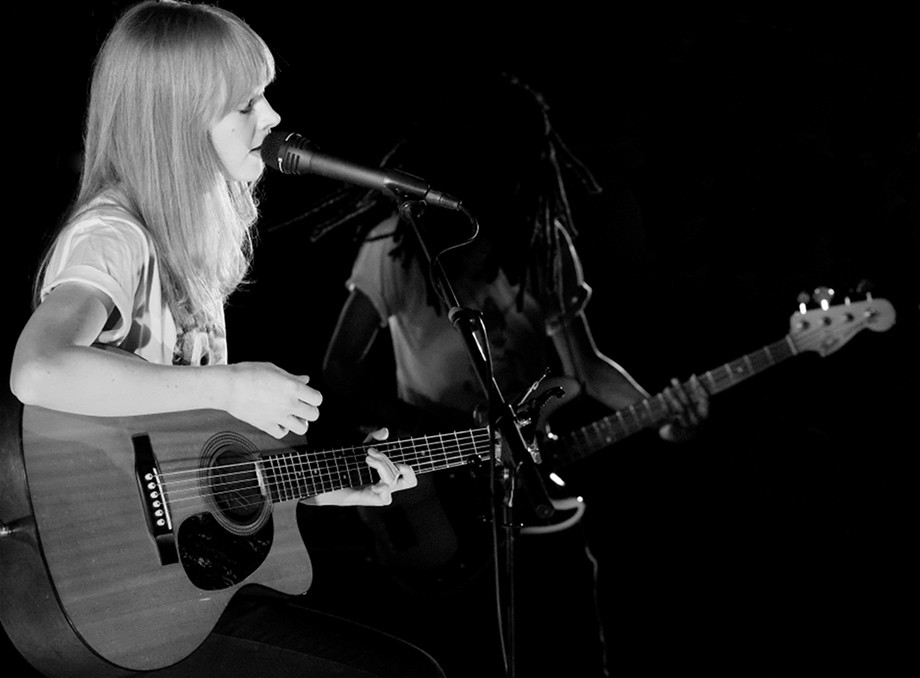 A review of Lucy Rose at the Ironworks, Inverness on Tuesday 7th May 2013

1.  Not habitually or commonly occurring or done

One suspects Lucy Rose was thinking the former when she described the evening.  Usually, monitor speakers work properly; usually, she’s selling out decent sized venues like the Ironworks; and usually she wouldn’t encourage people to ask the venue for refunds. In a sense, she was certainly correct in her judgement. 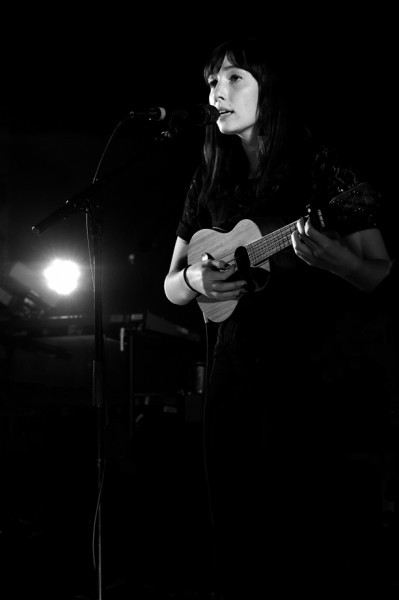 Things started out promisingly enough with the local support. Alice Bentley had her hiccups but seemed to bounce straight back in a surprising manner that belies her young age. The juxtaposition of some fairly melancholic, even quite dark material (in the form of a Foster The People cover, a song she rather happily points out is about a school shooting) performed in such a cheerful way was a little uncomfortable to listen to, but all the while it was quite difficult not to get drawn in. Alice is a thoroughly likable act, even with a few rough edges in the delivery. 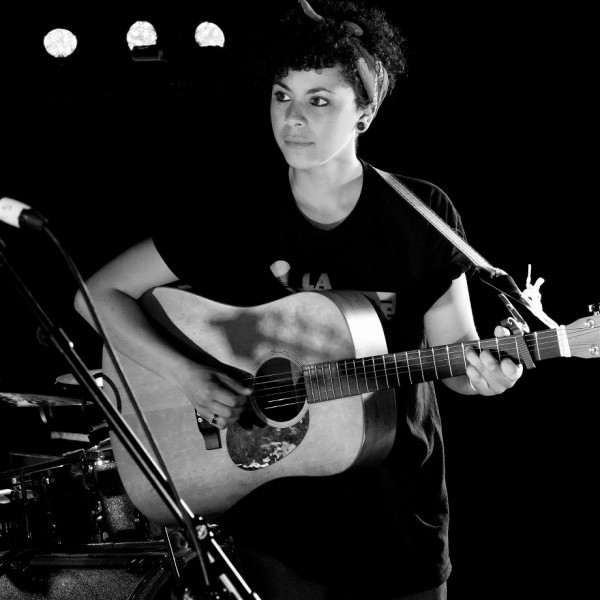 Much of Peter & Kerry’s turn on stage seemed to be fairly straightforward songs about the typical early-twenty-something – the struggles in work, love and life in general when the rest of the world thinks you are still a teenager with little to offer. A closer inspection of the lyrics show it’s anything but – particularly vicious was the line “She had a crippling capacity to puncture him” in the song Lay Me Down, disguised among some beautiful harmonies and excellent guitar playing. Their music demands multiple listening – first impressions do not tell the whole story and careful heed to the music is rewarded. 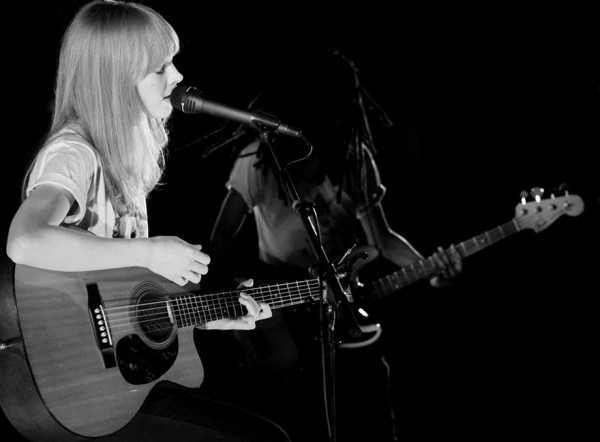 Then came “Gamble”, first track in Lucy’s set, which begins:

“I will take all

The blame this time

‘Cause it was my fault

And you were kind.”

Ironically, this probably summed up the first ten minutes of the show, at least from Lucy’s point of view. Problems with the monitor speaker meant she struggled to hear what she was singing; on numerous occasions, she appeared quite obviously unhappy while attempting to get the problem fixed. The awkwardness of it all was, at times, bordering on toe-curling. 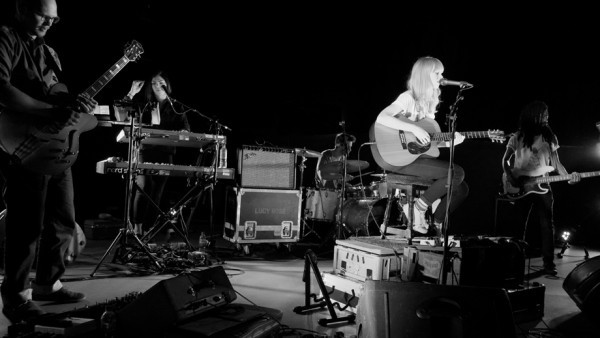 But kind the audience was, and quickly after things were fixed Lucy seemed to come out of her shell, gradually opening up and revealing much about the tour so far and her past. At one point, she even surprised the band she has been touring with for all this time with the minor revelation she very nearly opted to use a stage name because Lucy Rose seemed “boring”. 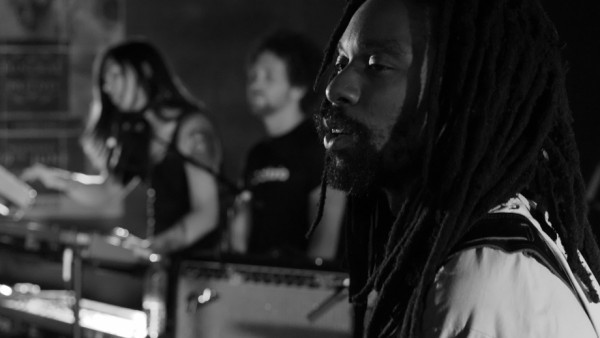 As her confidence increased, as did her willingness to try out a couple of new songs, in very early stages of development it seems; one was written on the tour bus that week, with a repeated verse and the promise of some additional lyrics at a later date, the other had no words at all – at least as yet. The latter sounded very different from the rest of her material, intriguingly straying into Bat For Lashes territory – slightly psychedelic, abandoning the indie-folk to an extent and going for more of the electronics. If continued her second album is going to be well worth looking out for. 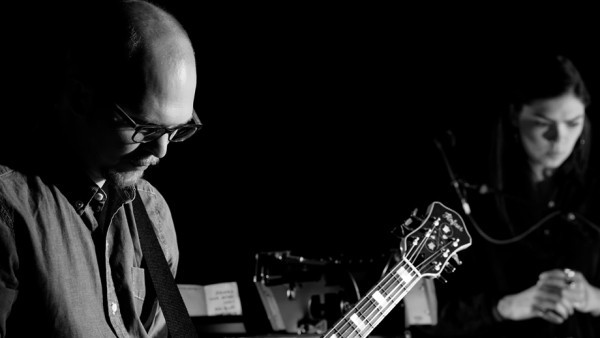 Of her bread and butter (and jam – sold at the merch desk), “Bikes” and “Watch Over” were particular highlights, with constant tempo changes making sure the band were on their best form – they were – and some rousing choruses and forceful drumming which would certainly have had people dancing, had it not been for the tables and chairs in the way. Of the rest, weak points would be tricky to pick out. 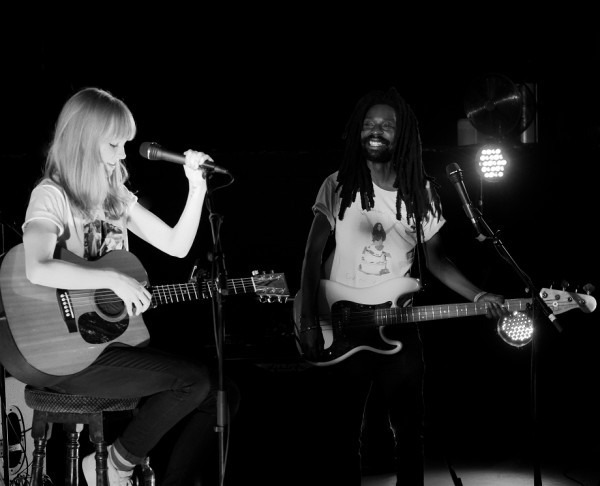 Between the solid foundation of the songs from “Like I Used To”, a YouTube channel with millions of views and an apparent desire to experiment, it’s incredibly surprising that she is still considered a cult figure in music. She really should be a household name, but hopefully not at the expense of the Lucy Rose who is generous with her time, hanging around after the gig to meet and thank her fans, seemingly very grounded and humble. 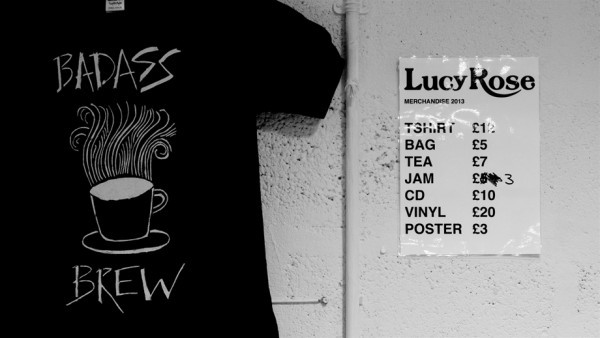 2. Remarkable, or interesting because different from or better than others: “a woman of unusual talent”

Thanks, as ever, to the staff at the Ironworks for having us, and to Roddy McKenzie for the photography