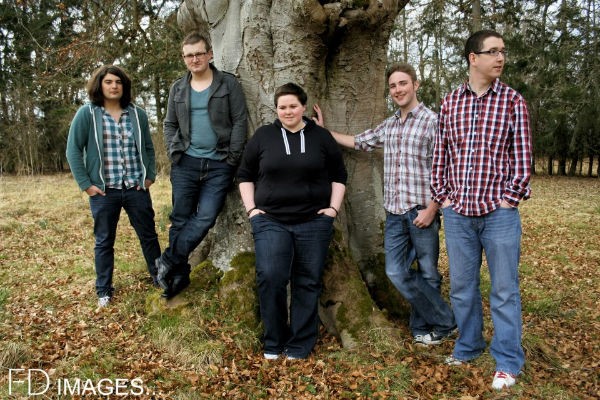 Neon Knights debut at The Eagle Inverness on the 11th of May, there are more than a few familiar faces to the band, so we thought it would be good to catch up with them.

Where did the name Neon Knights come from?

For me (Marc) I felt we needed something colourful, something unique and what’s more colourful than Neon right? I personally like to think of it as our music having this colourful fighting spirit and essence about it.

You’ve described yourselves as “Melodic Acoustic Pop Rock”, how do you negotiate those genres?

Without sounding like too much of a cliché I think we each individually bring our own unique sounds and influences forward contributing to the overall sound – Gord and Daniel (Bass and Drums) add the feel good bounce to the music while maintaining the drive and punch we feel our music deserves while Dougie (Lead Guitar) adds moments of sheer brilliance in the melody department with some rather unique solos and melodic harmonies, Lauren (Lead Vocals) gives us a country twang and fascinating insight with her lyrics, and finally I (Marc) add the acoustic melody, all combining together to create the aforementioned “Melodic Acoustic Pop Rock” sound.

How much of a departure is Neon Knights from the previous bands you guys have been involved in?

Obviously genre-wise there is a clear difference. I feel there is a well thought out understanding amongst all the guys which is a huge benefit. We all have the same shared ideas, visions and general understanding of one another and the band which can probably be put down to age and experience but whatever it is it makes for a harmonious atmosphere and general feel good vibe which I hope we can portray onstage. Everyone in the band contributes to the writing of the songs which is really a breath of fresh air too.

What are the most important lessons that you have learnt about being in a band?

(Marc) There are two lessons I’ve learned and which I’ve really tried to implement in this project – first and foremost it’s all about having fun, if it’s not fun then it’s not worth doing! I have been in bands previously that can only be only be described as being like a second job. Secondly but equally as important it’s about taking your time, there is no need to rush, take your time getting to know everyone on a personal level and really, really, really work on every aspect of your music – harmonies, melodies and dynamics – so it’s something you can really pride yourself on. (Lauren) I think we’ve all had the chance to grow, try new things and push our abilities to perfect our technique. We listen to each other, we’ve just kind of clicked, I think that’s what bands strive for. Above all though, like Marc said, it’s all about having fun.

What’s the plan for the band? 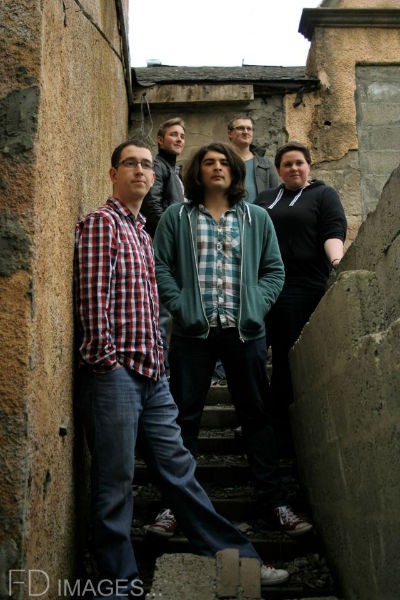 Well we are currently working away on improving the set list and working and reworking all the songs so they sound the best they can while we count down the days, hours and minutes to our debut gig on May 11th at the Eagle. We’ll be playing alongside fellow debutants Silver Coast and Devil’s Queen. We are also well under way preparing for a wee mini tour of Scotland during summer which we will hope to finalise and announce in the next month or two then after that… well……we will just have to wait and see! Watch this space as they say…or you could just follow us on Twitter or Facebook.

Given the previous experiences that the band have had, how supportive do you think the local scene is of new acts?

Everyone we have dealt with so far have been fantastic, which makes things a lot easier, especially the boys and gals at The Eagle who allow us to rehearse on the premises and they will also be handing us our debut gig. Certainly I think having the previous experience helps us and knowing exactly who to speak to has made a real difference this time, it’s not like starting again at all its more like starting at level 2 I guess…. AND A SPECIAL THANKS TO FRASER DAVIDSON FOR THE RECENT PHOTOSHOOT!!

You can catch Neon Knights along side the aforementioned Silver Coast and Devil’s Queen on the 11th of May.

Keep up to date with the local music scene by signing up to the Inverness Gigs mailing list.