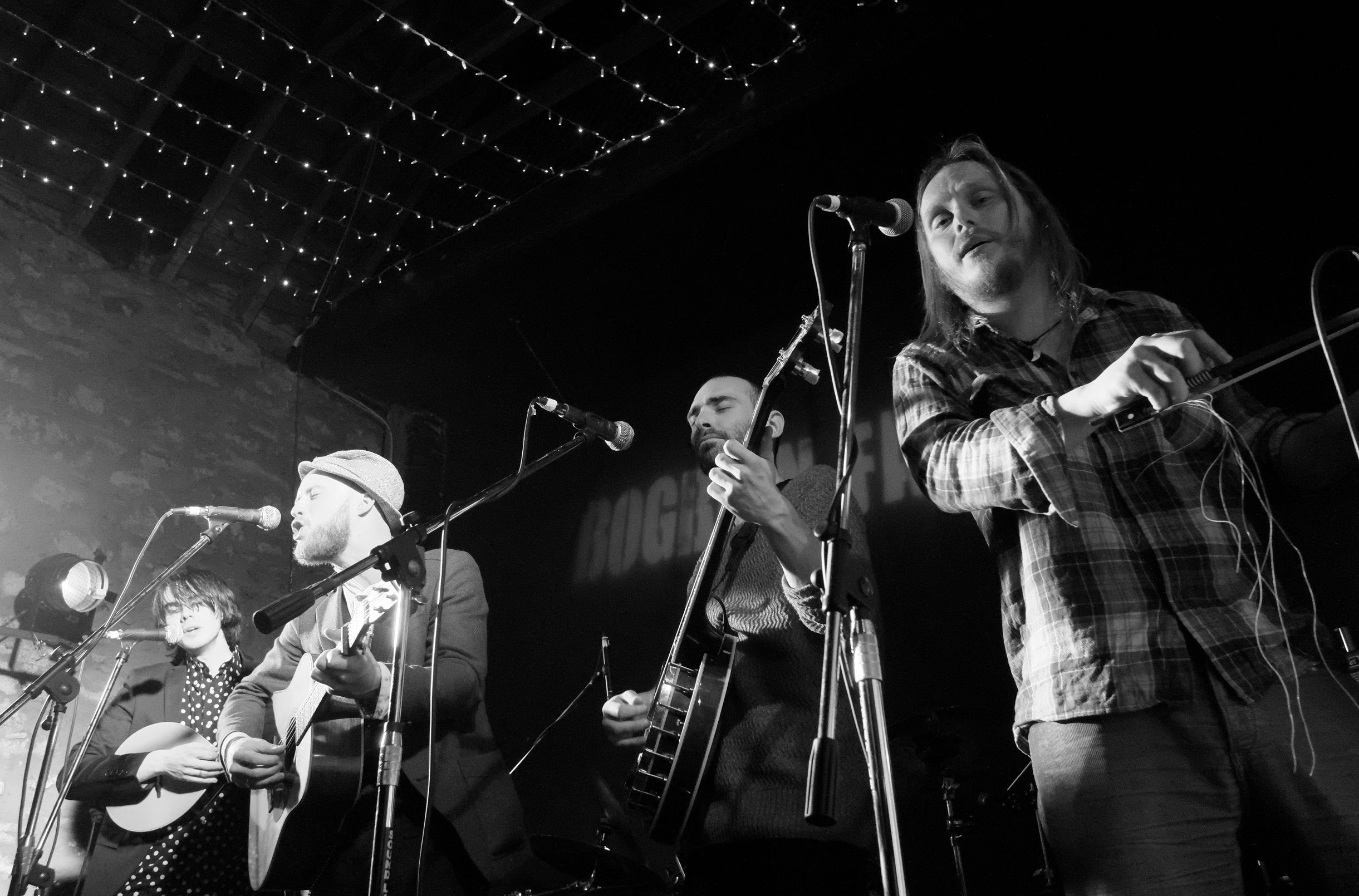 Anderson, McGinty, Webster, Ward and Fisher suppported by Fraser Ross and Emily MacKinnon and Ben Hesling at Bogbain Farm on Friday the 19th of April, 2013. 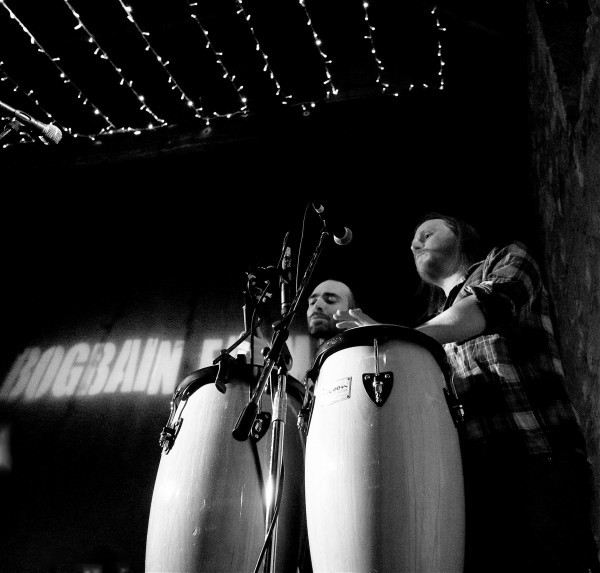 There is something about Bogbain that brings out the best in people, or maybe that should be that they bring out the best of people. So often quieter gigs can be interrupted by incessant chatter, but that never seems to be the case up Drumossie brae. Mind you, it could just well be the quality of the acts that they book. 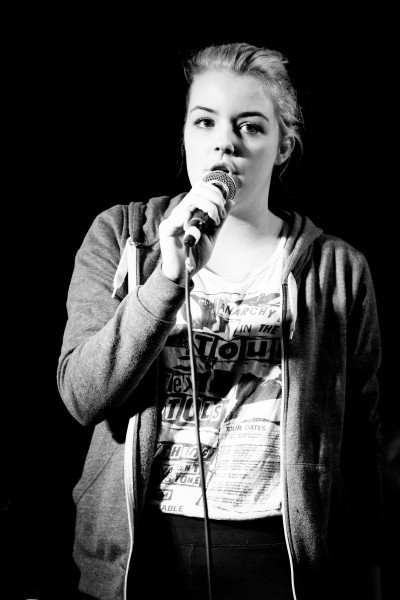 Opening tonight was Emily and Ben, that is Emily MacKinnon and Ben Hesling. This was a set of covers which was well picked and executed. Opening with Mumford and Sons’ White Blank Page it gave Emily the opportunity to dig deep into her vocal range ably supported by Ben. When picking a cover, Leonard Cohen’s oft covered Hallelujah may not be the best choice as it has been covered so often. However, singing two verses in Gaelic, especially in an atmospheric barn setting, and you are onto a winner. I’ve never used this phrase before in a review, and promise not to do so again, but Emily, “made it her own”. And that is what Ben and Emily do. They put their stamp on a song. And good it is too. 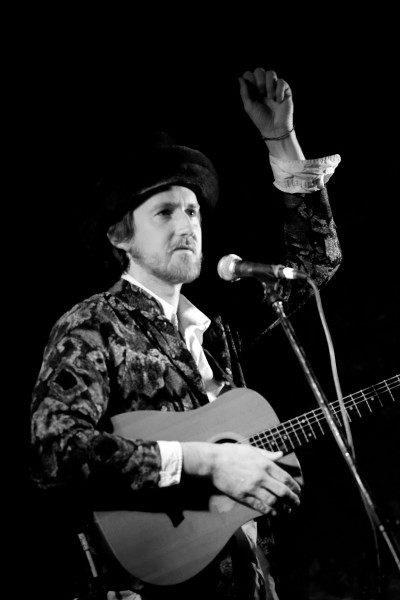 When Fraser Ross appeared I must admit I didn’t really know what to expect from this gangly troubadour from New Zealand. We quickly learnt that as well as his quick wit his songs blended in some meandering tales, the first of which was about the River Tay. There was always an element of fun about Fraser’s set and a somewhat relaxed composure as he enjoyed great rapport with his audience. It wasn’t until we reached the tail end of his set that we discovered the real Fraser.

The penultimate song, so he told us, was I Want To Lick Your Pussy Dry, although if his mum is about he calls it La La La La. His mum must be on the internet a lot as the latter is what I only find it referred to as. (I won’t say what the other searches results were) Sorry Fraser if your mum reads this website. But, saving the best to last Fraser had the last laugh with The Duck Song. I will say no more, other than look it up on the ‘net. Fraser is the sort of guy that everyone talks about at festivals but you have missed him. So Bella go an and book him, and I’ll be there! 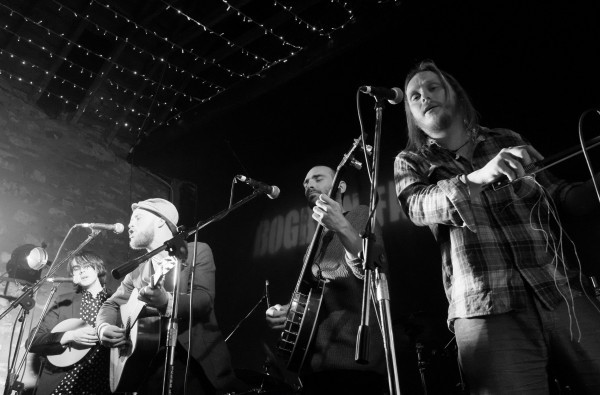 The night though ultimately would belong to Anderson McGinty Webster Ward and Fisher. They may have a name that would conjure up images of the Greenock Morton frontline of the 1950s, and the football analogies don’t end there. AMWWF, as they are also known as, operate a rotation policy that Rafa Benitez would be proud of. If you can play one instrument, you can play them all. The Dutch total football philosophy translated over to the world of music. Even the goalkeeper, I mean the drummer Billy Fisher, whipped out a trumpet and gave it a belt at one point. But back to the action, and each song had its own distinctive feel, and sticking a label would be pointless. Poor John opened but was by no means setting the tone for the evening. It’s western feel pushed into the big scale busking of Boohoo, and the aforementioned trumpet! 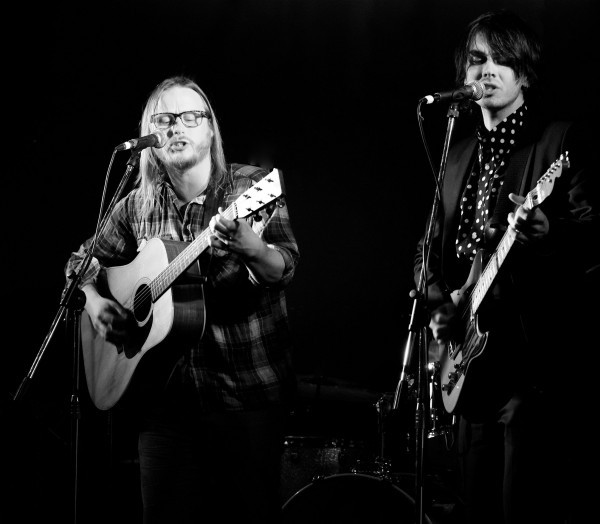 The Nashville vibe of Oh Danna had so much going on before How Long led from a subtle beginning to pure emotional attachment. Newport Shores, another rouser, led to the jazzy vibe of Michael’s Temptress which provided a backdrop for Gavin McGinty to display a bit of magic. As they moved around they gave us The Band Played before they built up the sublime Give Me Some Love. With delicate keyboard to open it was added to with the vocal of David Webster, gently and unafraid of the empty moments they were creating cranked it up giving Stevie Anderson a forum to rip it at the end.

The Bird That Flew brought us the strange use of a bow, and Little Brown Boy was played at their harmonious best. Jessica put the spotlight on Stevie Anderson to gently take us along with a little vocal assistance. The rather funky The Highwayman brought us through to (Might As Well) Trust In Me, and The Pigeon Song which rounded the night off in emphatic style.

There is something inexplicably natural about AMWWF. Even a temperamental bouzouki early on didn’t knock them out of their stride. If you get the opportunity go see them, you won’t be disappointed.