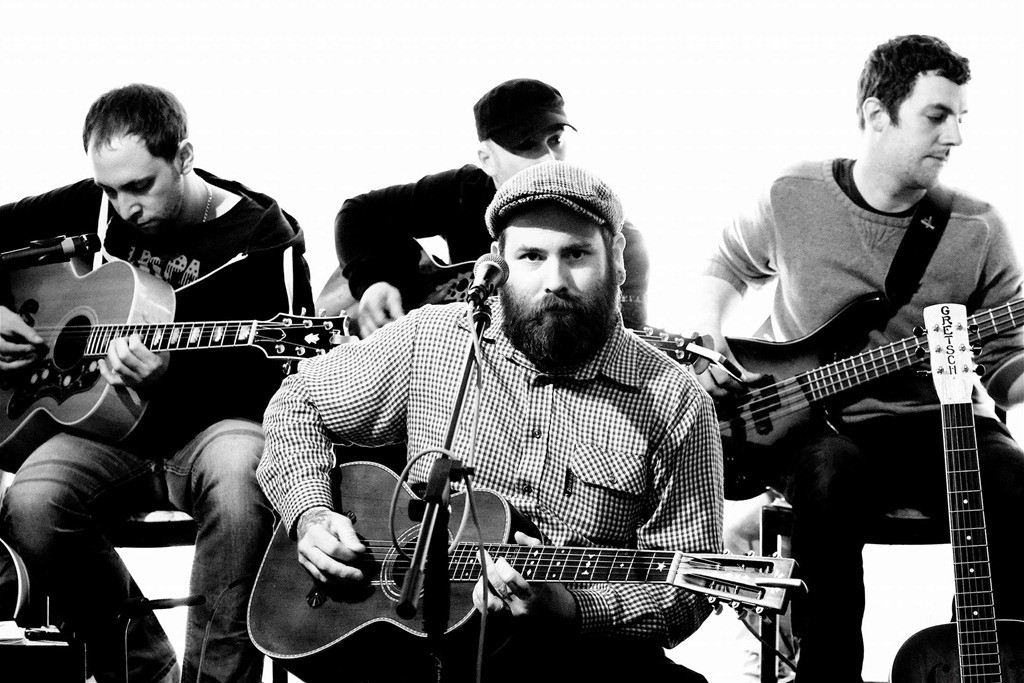 A review of The Whiskys acoustic at The Greenhouse, Dingwall on the 13th of April, 2013. 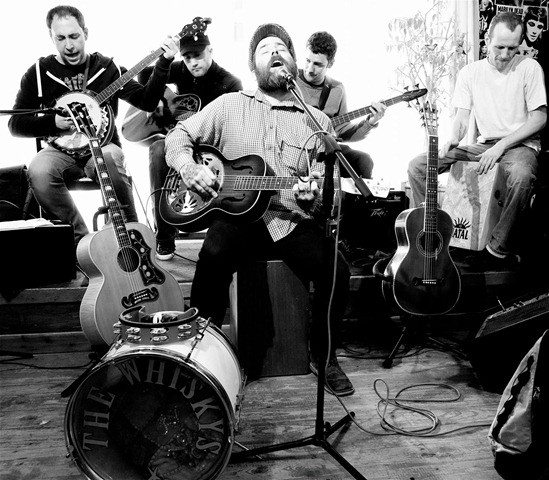 Ricky Ross insists that a song is simply some words and a melody and that the lovely thing about an acoustic set is that it allows the song to be the star. Today The Whiskys arrived at The Greenhouse in Dingwall, unplugged, and let a few of their own stars shine.

Normally an electric (and loud) folk/rock band they were by no means out of their comfort zone in the intimate setting of The Greenhouse. This is a venue that deserves far more praise for its endeavours, a venue with an eclectic vintage manifesto that is underpinned by a keen eye for design. The PA complies with the vintage feel but you have to be impressed with the resident sound guys who tweak the system to produce a really decent sound. Greenhouse regulars were scarce today and my first impressions were that it was going to be quiet. I couldn’t have been more wrong, I’m not sure that I have seen the place quite this busy and at one point I counted about a dozen toddlers and babies; there was never going to be a mosh pit but a ball pit wouldn’t have been a bad move. 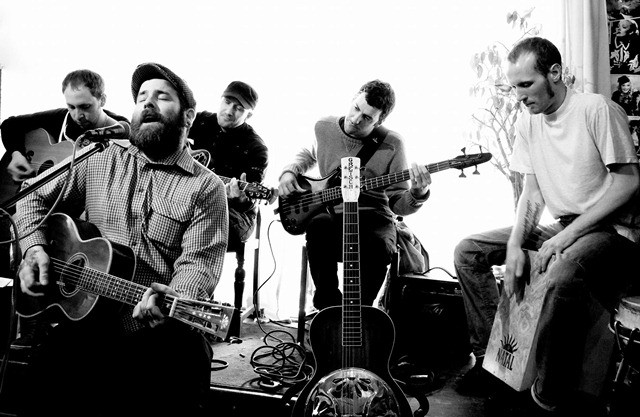 I’m no genre junky, which is just as well, because on todays showing The Whiskys have a fluid interpretation of what constitutes folk/rock. They wandered freely across the folk/rock landscape and at times disappeared completely into another country, stopping to send us postcards from Mexicana (does this genre even exist?) and Americana. But don’t worry, nothing jarred here, it was a cohesive 90 minutes of songs from their current album, The Taming of Me and their next album as yet unnamed but scheduled for release next year. We had a nod of respect to a major influence of front man Kris Douglas in the guise of a solo cover version of Pearl Jams ‘All or None’ and later in the set Grant Dunn opened up his guitar to great effect in an homage to Newton Faulkener.

‘No Regrets’ was the one song I was initially uncertain of, starting off with that aforementioned Mexicana tag drifting into Americana before moving seamlessly into a vintage rock feel that had me reminiscing about The Faces and The Kinks. Quite a journey, but in the end I’m bound to say it worked. By then I was well acquainted with that unique sound that three acoustic guitars (and occasional banjo) can make and had tuned into the voice of front man Kris Douglas. The one man in the band who does regularly play acoustic guitar has a voice that has been described as powerful and gritty and that was certainly evident today but there was also a mellow quality never far away. This worked well on ‘The Taming of Me’ and ‘Take You There’ while the power and grit were more to the fore on ‘Vermillion’ and  ‘Open Your Eyes’. If ‘Heart and Bone’ and ‘Open Water’ are representative of the next album, then fans of the band can be reassured that it’ll be well worth waiting for. 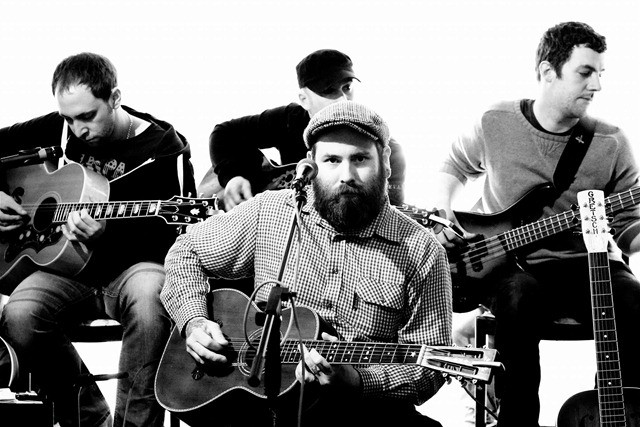 Today they took the opportunity to rework some of their more established set regulars with ‘Don’t Think’, Dark Cloud’ (and ‘No Regrets’) in particular subject to changes. ‘Back Towards the Truth’ featured twice in the set, appearing third in line and then again at the end. This was the only other song I wasn’t quite sure of but the error in my thinking is to ignore the obvious – that had these guys been plugged in through a powerful PA, this one just might have shone the brightest.

Joining Kris Douglas and Grant Dunn on stage were Fraser McLean on guitar and Chris Ronaldson on bass from the band with Mark Williamson on cajon filling in for regular drummer Andy Davidson. Not the best place to judge stage-craft but they clearly are confident and likeable and connected easily with an audience who had a mighty fine afternoon. The Whiskys are most certainly on my list to catch live at their loudest and electric folk/rock best: I’m prepared to bet that will be a cracking gig.

Keep up to date with the local music scene by signing up to the Inverness Gigs mailing list.