Northern Roots Festival release it’s full line-up whilst introducing a number of developments to the festival. 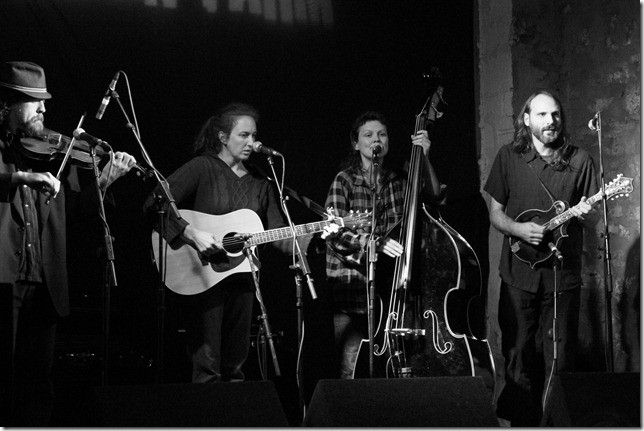 The lineup, described by  Festival Director Bruce MacGregor as “one of the most dynamic and exciting we’ve had in the five years of this festival”,  will be headlined by Rura, winners of the Best Up & Coming Act 2011′ at the MG Alba Scots Trad Music Awards as well as nominees for the Horizon Award at the 2013 BBC Radio 2 Folk Awards. They will be joined by Anna Massie and Mairearad Green, Edwina Hayes, Mike Vass, Malinky’s Fiona Hunter and Charlie Roth and AJ Roach.

Responding to previous years there have been a few changes, Bruce explains: “We’ve changed things slightly this year with the more acoustic based acts performing in the early part of the evening in the Bogbain Bothy and then the high energy stuff through in the Bogbain Barn later in the evening. The idea was to allow those folk who want to sit and listen to a gig in comfy warm surroundings and at the same time provide a venue for those that want to have more of a Hoolie! ” And the bands in charge of the party vibe? Grousebeater Soundsystem, Rob Heron and his Tea Pad Orchestra and the Elephant Sessions.They will certainly do the job.

Also on the bill for the weekend are The JP Trio, described by Irish maestro Martin O’Connor, the Henry Girls, Charlie Roth joining AJ Roach who is teamed with Dundalk’s first lady of flute and supreme singer, Nuala Kennedy.

Another change is the use of four of the best music pubs, The Market Bar, The Gellions, The Castle Tavern and Hootananny all hosting afternoon music sessions featuring artists from the festival. Ending the festival on the Sunday will be the final of the new Northern Roots Award for new artists in the folk-roots genre. With the reward being a recording session at the new Bogbain Studios, competition will be tight and applications have been received from all over the UK.

The finest singers and acoustic performers in the intimate Bothy.

RURA, Elephant Sessions and many more

A selection of the weekends best acts and some other surprises