The shy retiring Toby Michaels takes the opportunity to look over the year, talk future plans and what his perfect live entrance would be. 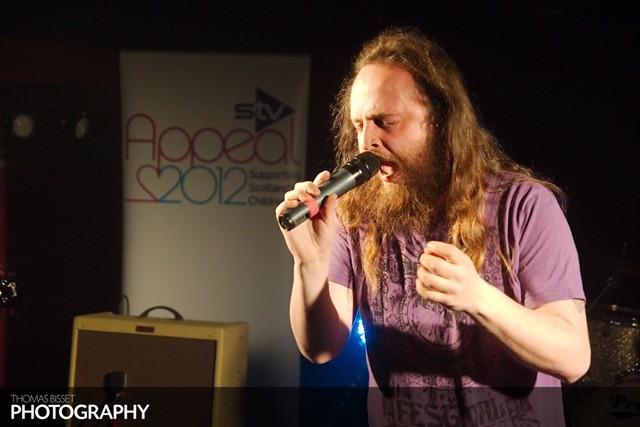 Starting alone, but finding a band along the way it’s been a busy 2012 what do you think was the best moment for you?

It’s a difficult one to pick out a best moment out of so many awesome events. If I was to pick 2 defining moments that meant so much to me it would be the first TMRD gig supporting friends Heavens Basement and playing the Belladrum Seedlings Stage. The Heavens Basement gig really stamped that we where here and ready and after only 3 weeks of jamming as a band.

Belladrum as a whole was just incredible, especially making the leap up on a bigger stage with a full line up. It was like a return home to a stomping ground.

These gigs where made great not just by the turn out but by the fact I got to play these with 4 friends by my side.

If you could give the band anthem “A Little Bit of What You Fancy “ away as a present which local act would you give it to and why?

I’d make a super group of musicians from a whole host of bands and give it to them. Chris from Last Summer Effect roaring the vocals and maintaining the energy, Micky from Fallen Riot roaring the lead licks, Jake from the Oxides supporting the vocals with his powerful vocal and strong guitar work, Kev Sinclair of Cleavers storming up the bass and attitude and Calum Macrae of Furry Vengeance bringing the Thunder on drums. Then I’d sit back and admire the sound of a thousand elephants of rock thundering towards the crowd in a wall of pure blissful sound. 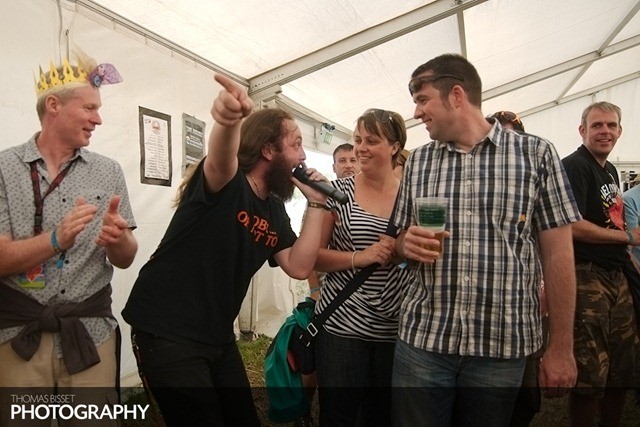 Taking “A Little Bit of What You Fancy “as a given which other band song best represents you this year?

I’d go with “Love Money”. It’s a fun loving song about having a fun loving time. Doing what you can to get your satisfaction and not apologising for it. As a band we revel in not taking ourselves too seriously and like to translate that to an audience who leave a gig with a smile on their faces.

The Rolling Damned has not appeared to have limited the dramatic side of your live act whether it’s sliding down banisters or wandering around the audience, if money was no object, tell us what the most perfect entrance would be for you?

The most powerful entrances are organic to eccentricity. I don’t like to think about what I might do, I just like to do it and see what happens. To borrow from a certain comic book hero, I’m like a dog chasing cars, if I caught one I wouldn’t know what to do with it.

But if I had to pick one thing I’d say emerging from a disguise in the crowd after mingling with them during all the support acts. Just diving on stage like I am trying to go for the band then picking up my microphone and revealing it was me all along! That or anything involving cannons and high explosive pyrotechnics… 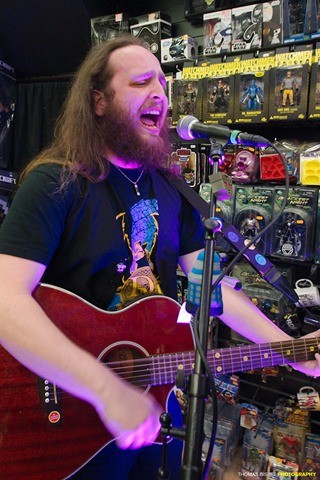 We’ve heard about plans of film trailers, comic and single releases for the band, what are you most excited about, and why?

Impossible question, I am honestly so excited for all of these culminating and being brought to everyone in 2013. Working with Sixshot on the comic and film is incredible fun and fascinating stuff, Steve has an incredible ability to take some of the most ridiculous ideas I come up with and make them work. And lets just say some of his ideas are fairly left field. Having said that obviously, as a band, music releases are our bread and butter so a lot of focus is going into them too. We are a multimedia mash of ideas and we want to share anything we can with the world. We are also very open to fan suggestions in every part of this.

You have had a splattering of solo appearances this year are we going to see more of you going it alone again for 2013?

My place is firmly by the side of my Rolling Damned but I would never rule out a return to some of my anarchic acoustic solo sets. For now the world does not need me and my Metallikazoo to defend them from the tyranny of soft jazz, but as an ever growing threat from other genres builds I may be needed to save the world once more.

All deadly seriousness aside I love experimenting with unusual acoustic tracks and having fun with some heavy metal so I certainly would be foolish to rule out a return to some of this in 2013 alongside TMRD bringing it all across the world.

Last year you joined with Graham Brown’s band for a song, which act would you most like to join this year, if you were invited?

I was blessed enough to work with the talented Samantha Begg and Them and Us recently on track “8 Days” so I would absolutely love to work with them again. However if I was to pick another local act I would say Last Summer Effect or The Lost. I just think it would be interesting to see what would happen. OOH that or Team Kapowski, I wanna be in a comic with them for the showcase, if they don’t do it now its in print we may have to duel it out…

On a Mainstream level I’d love to work with Jack Black, Meat Loaf or Steel Panther. Or all of us at once on a Christmas song or something? Why not, we’d be a Black Beard Loaf Panther.

You can read more about the Ironworks Winter Showcases here and buy tickets for the event at www.IronworksVenue.com.

You can keep track of Toby Michaels Rolling Damned at their Facebook page.