Rachel Sermanni will be performing at the Ironworks, Inverness  on the 22nd of May 2013. 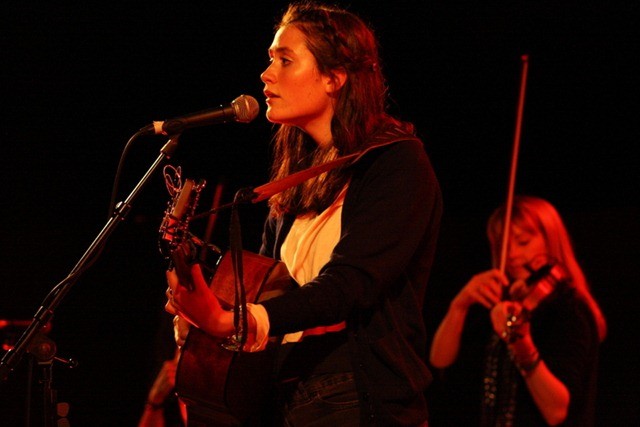 Rachel’s last performance at the The Ironworks was in February 2012. Arguably the start of Sermanni Mania (just made that up), that gig was a sell-out, with added excitement caused by her appearing on the Dermot O’Leary’s Show the same day. Rachel has been relentless in her gigging and promotion. Winning fans for her musical ability and charming personality, Rachel’s, self released debut, Under Mountains charted at Number 2 in the Official Album Breakers Chart.

It is hard to believe that Rachel is only 21, and 2013 promises much for the singer-song writer. The gig has been described as intimate and will be seated. Tickets are available via www.IronworksVenue.com from 7/12/2012.