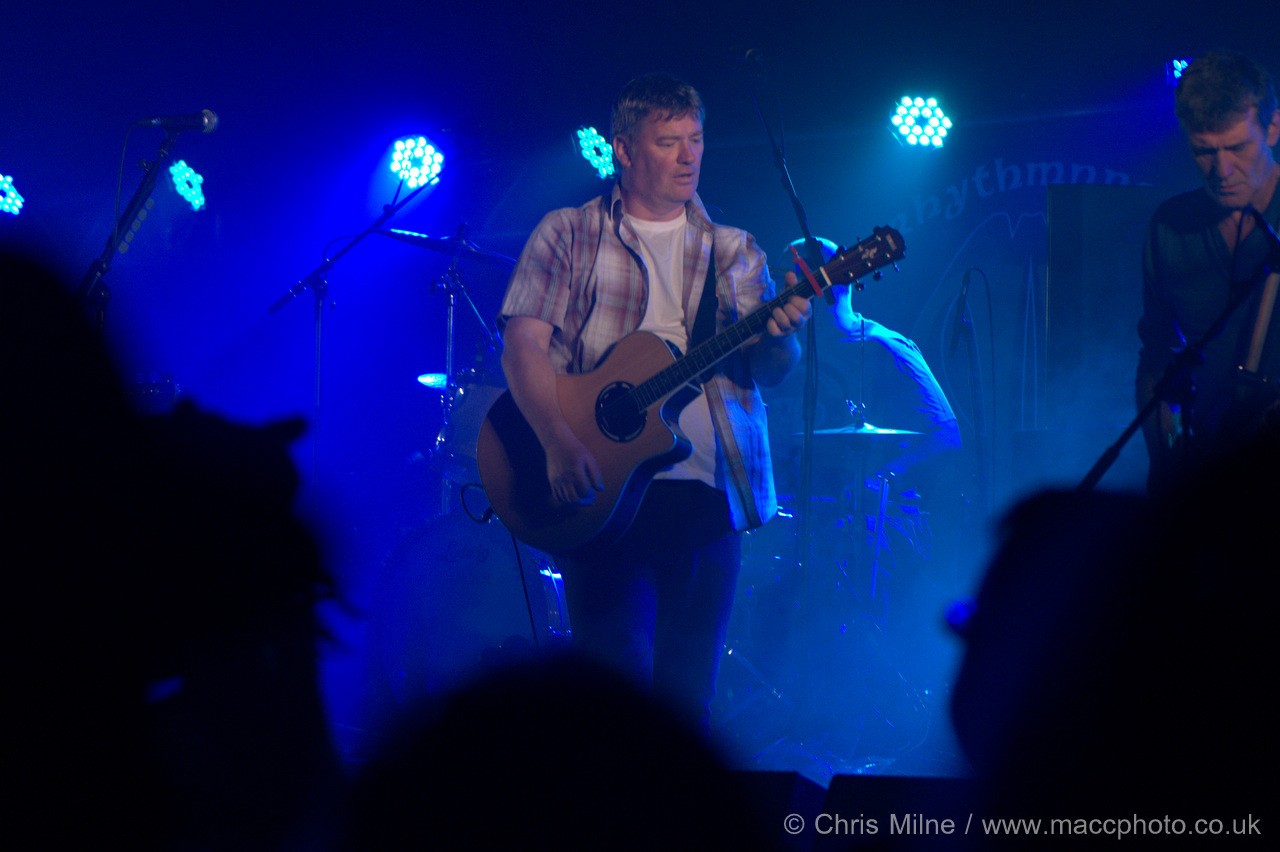 Saturday 17th of November sees rhythmnreel return to the Ironworks to launch their first album in three and a half years, Twenty. 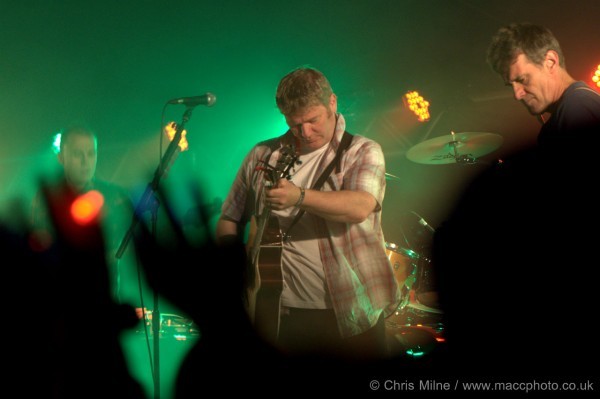 I grabbed the opportunity to catch up with the Celtic rock/traditional band (give or take a few covers along the way) prior to the Inverness gig. So for the uninitiated, what is rhythmnreel? Well that’s easy, “We’re a party band that grew out of village halls”. That legacy of “party, good, jump up and down, fun” has stayed with them. Anybody having seen them play will attest to that, whether it’s the tunes or the energy of frontman Jim Kennedy as he milks the crowd for every little bit of energy that they have left.

For the band, music is not a passive experience. “We’re more come join with us, than come listen to us” they explain, adding (and I suspect with only a little tongue in cheek) “if that doesn’t happen we’ll just go home”. The band were keen to use a review of their performance at B-Fest in Wick as an example. While the correspondent expressed initial disdain at the thought of a ceilidh band taking to the stage” they had changed their tune by the end of the set.

From Celtic rock to traditional ceilidh tunes, via a Paolo Nutini or Rod Stewart cover, the band are able to cater for a wide range of expectation. This means they may be playing a 45 minute festival set of original material one day and playing at a marquee for three hours mixing traditional music with cover versions the next. While they have played a fair few festivals along the way, including Loopallu, Wickerman, Belladrum and Wizard, it is their adventures in Europe that draw specific attention.

With regular visits to Germany and Switzerland the band are quite the jet setters, or as I am corrected by Donnie, “the easyJet setters”. There is a significant drive for Scottish music on the continent. “They take their celtic music very seriously”, the band say of the Germans in particular. Whether it’s sell out gigs or giant billboards heralding their next appearance, the band are treading familiar steps with others like Skerryvore, Wolfstone and, historically, Runrig.

In fact part of the reason that rhythmnreel have recorded the new album was to appease the demand for a CD from Europe. “Audiences expect you to have something new to sell… and they will queue and queue for it”.

So what of this new album “Twenty”? Well the common threads are clearly there in that the Celtic heart is still beating strongly, though it may be expressed in a different way. The album was produced under the watchful eye of Gareth Ince whose traditional music roots, the band feel, have helped the sound on the album. The album started life in Dingwall although was finished off in the recording studio in Bogbain.

One obvious change for the album is that it doesn’t feature any covers, with the album being a mixture of original songs and versions of traditional music sets. “We had long discussions”, Jim explains about the decision on what tracks to put on the album, “because rhythmnreel are not really recognised as a band who make their own songs and write their own songs… Who knows if we got the combination right?”.  Jim, who writes the songs for the album, refers to the main influences as being the “rich tapestry” of Scottish events and history.

A tune is still important and success from the CD is not due to sales or positive reviews, but “people singing along, knowing the tunes and being part of it.” “To hear people singing the songs that we have written is just fabulous, you just can’t buy it”. The song titles themselves paint interesting pre-listening pictures in your head from “Mozart” to “Riot Act”. “Diplodocus”, the third tune on the CD, particularly raises questions. “Debbie saw a dinosaur in Applecross. A real dinosaur, apparently.” Further explanation, I felt, would ruin the imagery.

You can keep track of the adventures of rhythmnreel via Facebook and buy tickets for the Ironworks gig on the 17th of November.