We managed to catch up with  Zander MacDonald and Ben Reardon of 76 Knots prior to them playing at the Final of the Battle of the Bands at the Eagle on the 10th of October. 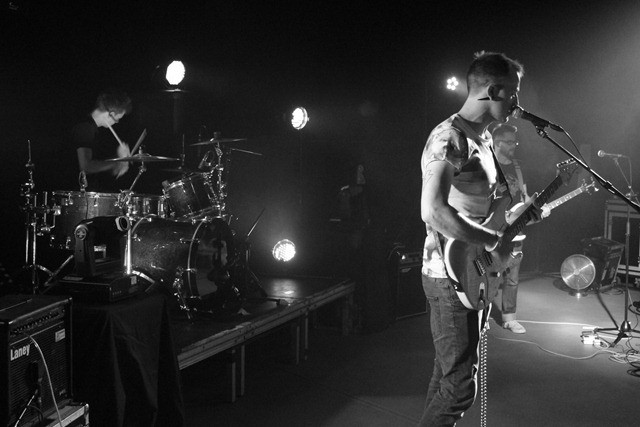 With five gigs under their belts, Ben acknowledges “We’re still a fledgling band so we’re still taking it slow and not too seriously”. At the moment the ethos is about “having a lot of fun” but with  motivation “to play as many shows as possible.” Although, Zander is clear about where the current focus is “We’ve been working towards the final” and is very keen to get final preparation for the gig on the 10th underway, once Andy (Bass) returns from his holidays.

Ben is eager to promote their appearance at the final “we’re fun for the whole fuckin’ family” unarguably he adds “Even if you’re not a fan of our type of music, I still think it’s an energy packed and fun to watch show.”  Zander’s working on the ethos that the more the merrier “it’s always better to play to a big crowd”, however it is Ben that returns to basics “it’s in a pub, there’s a bar, there’s music. Come along, get drunk! What more do u want?” The pair do struggle to agree on a song that they are looking forward to unleashing on the audience with Zander’s preference for “Joker in the Pack”, due to “Andy’s vocal in the outro”, and “Beef Attack Slowdown”  which he describes as “an awesome face-melter”. For Zander, he plumps for the first song that the band made together, and the one that has been played at ever gig, “Swallowed and Abandoned”. 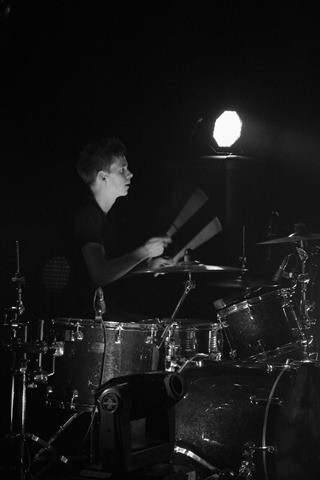 They are aware of the size of competition, if they are to win, both having sussed out  the other finalists, Ben commented “We’re going to have to bring our a game if we want to win! Competition is fierce like a T-Rex being poked with a stick.” That high energy approach didn’t go unnoticed by our reviewer at their Summer Showcase gig “the storm arrived in the tidal wave that is 76 Knots.”

After the competition, Ben pessimistically says he will be having “having a few beers and congratulating the winner”. Zander is looking forward to recording “so we can throw some frisbees around next time we play” and “Keep taking gigs as they come hopefully getting bigger and better.” Ben cheekily adds “and rise to our peak like Take That.”

You can see 76 Knots next at the Battle of the Bands at The Eagle on the 10th of October and keep chart of their other plans at the 76 Knots Facebook page.