The Maginot Band are the 6 piece Caithness based band whose EP, “Peace and Quiet” is launched on the 8th of September. As well as a launch party in Watten, they are also returning to Inverness to play Madhatters on the 22nd of September. We caught up with the band and asked them a few questions….

“Peace and Quiet” is an intriguing title for an EP, how did it come about?

It’s relatively simple, if you asked each member of the band what it is that makes living in Caithness bearable or infact appealing you’ll find ‘the peace and quiet’ to be the collective answer. It also symbolises the lack of things to do up here, which actually works in our favour as we spend more time on making music. Ultimately the remoteness of our band from the Scottish scene can be hard but we’ve try to be as positive about it as we can and the title ‘Peace & Quiet’ kind of honours that. We’re embracing our location and getting on with it.

How was the process of creating the EP, how do you feel about the end results?
This EP is the first work from a new band in more ways that one. As musicians that have worked together for some time something change during the writing for this EP. We became more interested what sounds we could make from our instruments to make the songs we write sound different for previous ones. We write and rehearse in an old isolated croft house in Caithness and we had a handful of songs and a clear plan to record an EP. It became apparent what songs were gonna make the final recording session and from there we worked on these down to the finest details.

We recorded the final 4 songs at Chem 19 with the ‘navigator’ Jamie Savage (Olympic Swimmers). We’ve worked with Jamie in the past and we had no 2nd thoughts about where we would record it or who with. He is a highly capable engineer, an accomplished musician and played a big role in producing the EP. basically, he understood exactly what we wanted. We explained the drums sound, he knew how to get it. He put Jordan, our singer, through his paces and got the best from him. He even played some piano on ‘Slow Down Sundial’. I remember myself, Jordan and Swannie (Guitar) driving up the road from Hamilton between 2am-7am (heading to work at 9am) after the final mixing session, listening to the tracks at an excruciating volume thinking this is the first time on record that I’ve heard our music the way it was truly intended.

Your EP release is planned in a unique setting, can you tell us about it, and how the event came about? 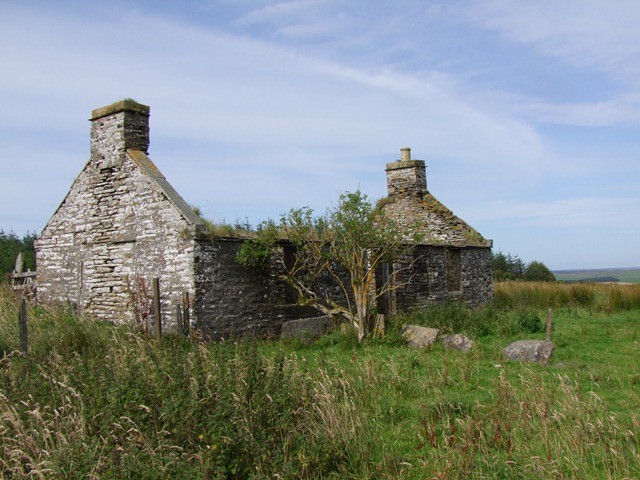 We had a plan for the launch to be in a castle that a friend of ours owns but it fell through in the end as it’s mid way through a renovation job. So we started thinking outside of the box. Basically we were looking to host it somewhere random, it needed to be weather proof and it needed to be big enough for the amount of tickets we planned to sell. And the final location ticket every box beautifully…kinda. It’s this wonderful old abandoned croft that has been stripped of all its woodwork and thatched roof (I suspect that was what was on it!) and its a complete stone shell. Currently its kind of over grown but if you look hard enough you can imagine the potential. It doesn’t have a roof at the moment but we have a tarpaulin that we intend to use. Hopefully, we get a beautiful Summers night with clear skies all day, granted that and we’ll risk leaving the roof uncovered and have it open air. We’re gonna light it so that it looks pretty special too. We’ve invited our friends Oskar Emipre and Sheppy to join us for the night.

What’s been the highlight of the summer so far?
So far I would say the highlights have been Belladrum and Bfest. Belladrum as the weather was brilliant, the Seedling Tent was busy when we played and its a great gig for the CV. BFest is a local gig for us and we played later at night to a decent sized crowd, also very rewarding.

You define yourselves as”indie organ pop psychedelia” where do you think the main influences for the band lie?
Collectively we love the Band. We love the ethos of the band. And of course the organ playing in the band is insane. We’re really into bands like The Walkmen, who have a similar vibe to us. There’s something about their ability to turn relatively straightforward, even pop-ish songs into cooler sounding end products that resonates with us. Bands like The Coral, The Maccabees, British Sea Power even The Strokes are some other modern influences. Mainly, we’re into older music though.

How are you feeling about popping down to Inverness again?
Very much looking forward to playing Inverness. Madhatters has always been quite busy when we’ve played before but with the release of the EP the week previous, our Belladrum & Go North slots behind us, hopefully there’ll be a few people in to see us.

What are your plans after the EP release?
I think the immediate plan for The Maginot Band is to play gigs to support the EP. I think the long term plan has to be an album which we’ve already started writing. Its a lengthy process so maybe there’ll be a single released in between the EP and then. We’ll see.

The EP release to be held at Watten is on on Saturday the 8th of September, Tickets are £5 for the EP release, including a free EP. To reserve a ticket please email themaginotband@hotmail.co.uk .

They are also playing MadHatters, Inverness on the 22nd of September.