invernessGiGs speaks to Ashley Mackay and Ben Hesling, of Ashley and the Cosmonauts, prior to their appearance at the Easter Showcase at The Ironworks on the  7th of April, 2012. Photos by Thomas Bisset. 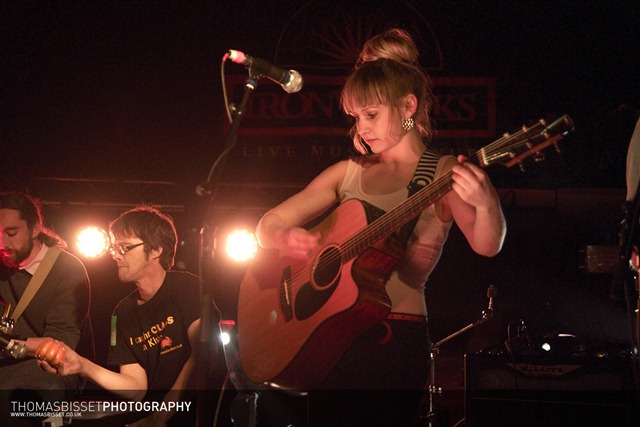 The band has been seen in different form over the last year or so whether it be Ashley Mackay, Ashley Mackay + 3, Ashley Mackay and the Cosmonauts, so we caught up with half the band, Ben and Ash, to talk about their music and their plans.

Currently, for the band, the impetus is on recording material for their first EP, with the hope that it will be available for sale at the Easter Showcase. Whilst the EP will be the traditional sound for the band, it is clear that Ben and Ash see the sound developing further. Ben explained that initially it was Ash that brought the material to the band but the input of Robin has seen a few more songs and in general a more collaborative effort.

On talking about the band’s songs Ben noted that he likes ‘Castles’. as it is “our most upbeat funky number” .Ashley agrees; “I like playing the more upbeat songs but often I end up writing these other kind of songs” indeed Ashley talks about “dealing with what ever I write…..I’ve got to be intrinsically inspired”, she adds. 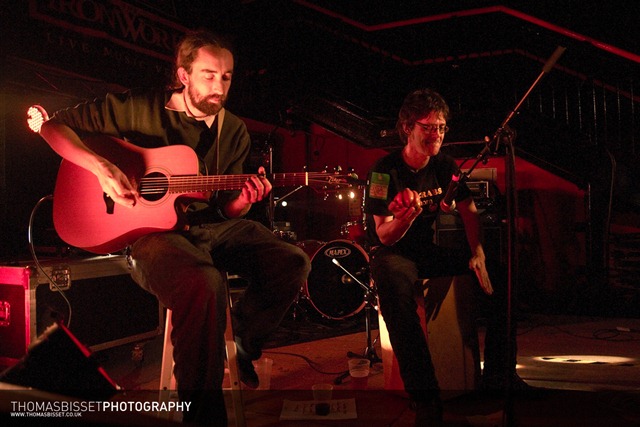 However it is the evolution of tunes that is clearly a recurring theme Ben gives the example of ‘More Love’ “it used to be just the two of us on acoustic guitars, it sounded alright, then Robin came along with the double bass and we played it a couple of times when we did a gig Robin started playing and he started playing a bass line that he had came up with on his own.. all of a sudden we are song writing live on stage and it all came together”

In the future it is the band’s intention to develop the songs further,Ash suggested “ there was definitely two songs that when I wrote them the idea was that they would have an electronic sound in the background”. It is clearly planned that there will be “more layers” to the music in future, Ben explained, “whether that means a bit more percussion or using some electronic samples, just basically having some fun with it”.

When these songs will be recorded it is unknown “it is important for our sound to evolve” and certainly the currently recording process has allowed an objectivity to expand the sound. The band are now preparing to return to gigging, indeed last year saw the band play various venues including Orkneyand Ullapool . This year, the band want to continue to try different places and open new doors, “we like road trips”. 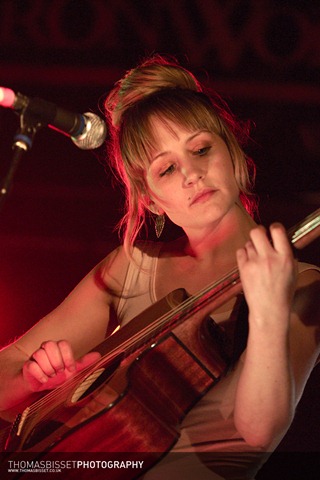 Ben and Ashley are both keen supporters of the local scene, Ben describing the hours spent at The Market “working” watching Billy Morrison playing guitar and then going home and replicating the chord shapes. For Ash, Sara Bills and the Hasbeens are a favourite, although expressing a like for Ullapool’s Naked Strangers and Iain McLaughlin and the Outsiders. When discussing the Easter Showcase, Ben’s eclectic taste in music sees him particularly looking forward to Zombie Militia whereas for Ashley it is Team Kapowski.

Both Ashley and Ben strike you as being passionate about their music and, yes, keen to evolve the dimensions of their tunes, but not shy of making decision as we finish our chat conversation leads to the name of the band, “I think we should shorten it” Ashley reflects “yes maybe just Ashley and the Cosmanauts”, with a knowing nod from Ben that’s it decided.

The conclusion, when meeting with Ben and Ash, is that the future looks bright for the band and there is an air of anticipation for what the future holds for them. Keep your eyes peeled..

Ashley and the Cosmonauts,will be playing  the Easter Showcase at The Ironworks on the 7th of April, 2012, tickets available via www.IronworksVenue.com.

Ben and Ash can also be seen playing an acoustic set at The Glachbeg Sessions on Tuesday the 20th of March.

As for where to keep up to date with the band,you can check out the Ashley and the Cosmonauts Facebook page.