Review of Rachel Sermanni, supported by Graham Brown and Megan Blyth at The Ironworks, Inverness on the 4th of February, 2012, by Chris Lemon. Photos by Chris Milne. 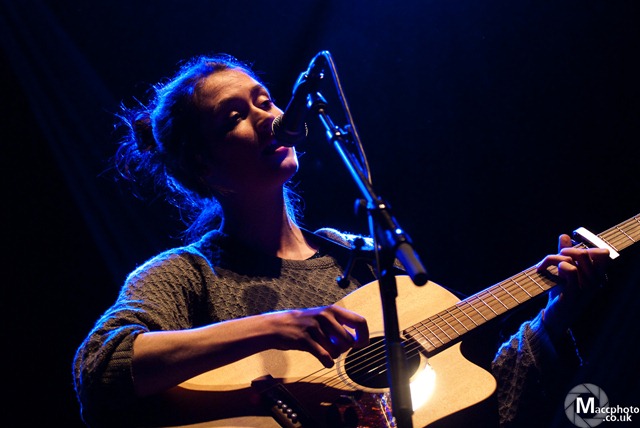 Identifying her as one of the “Stars of 2012”, Teddy Jamieson, of Herald Scotland, commented “Rachel Sermanni can sing a bit. She can write a bit too. And talk. Boy, can she talk.” This was Rachel’s first gig in Inverness since Belladrum 2011, and an opportunity for the capacity (arguably partisan) audience to make their own opinion.

thank goodness for iphones!! recording taken from You Tube by a fan.

Megan Blyth opened proceedings and, to our disgust, we only caught ‘A Million Miles’, which should have been one of the summer anthems of 2011. We’re fairly certain that it almost definitely will be, when the song is given a bigger audience, in 2012. 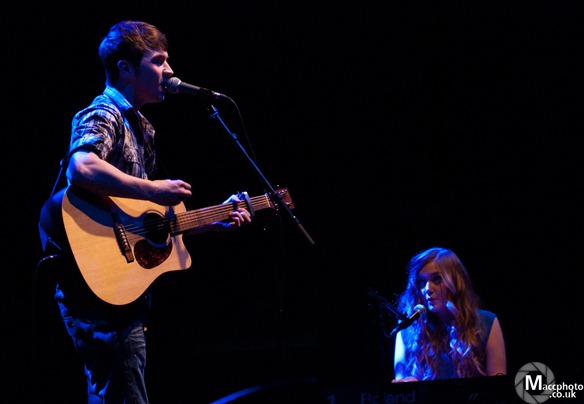 Graham Brown, former class mate of Rachel’s, and his band followed on in what had to be a fairly flexible set, due to Rachel still being in transit. There was a brief pause on coming to the stage, due to the mic stand being raised too high. “Megan’s quite small”, Graham commented. Graham’s pop driven tunes were supported by the vocals (also keyboard) of Ailsa Mathews, creating some lovely melodies, made all the more impressive by the fact that it was Ailsa’s first appearance in front of an audience. Recurring themes of love and loss were bounced along by memorable tunes. 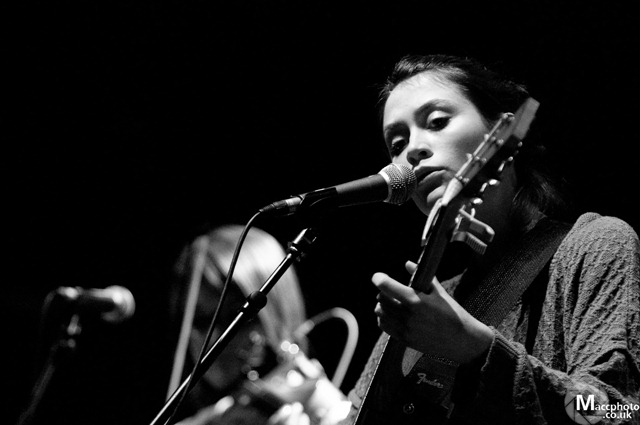 Rachel explained later that Graham had come to the rescue in providing a substitute guitar as, whilst Rachel had arrived back from London without incident, her guitar had not been as fortunate. Her current appearance at the Ironworks was to promote her debut EP ‘Black Currents’ (please see our review: Black Currents – “Fresh and Unique”). The EP and, to be fair, her live appearances have been causing a significant stir, accumulating in a “wee jaunt” down to play on Dermot O’Leary’s Show (hear the “Little Marine” on iPlayer for a limited time here (2hr 7 minutes in)) 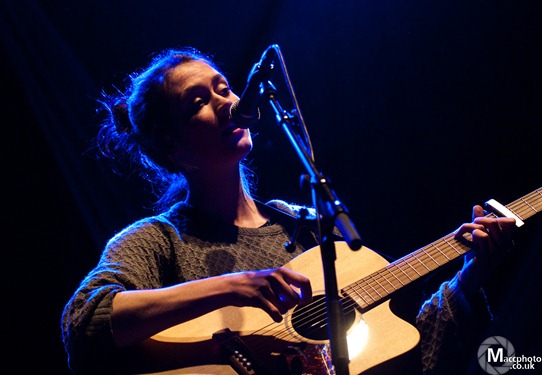 Rachel took to the stage on her own. “Here we are, this is nice”, appearing deceptively vulnerable but, of course, she is no stranger to the Ironworks, or, indeed, bigger stages. Her voice was tested in her first unaccompanied piece, ’Egg Shells’, and clearly reemphasising the “shadow” that impacts on her songs. Another example of the “shadow”, and played latterly in the set, ‘The Fog’ mystically weaves Rachel’s vocals against the backdrop of the almost vicious violins, the darkness of which is particularly emphasised on stage. Reminiscent of a darker tinged fairy-tale. 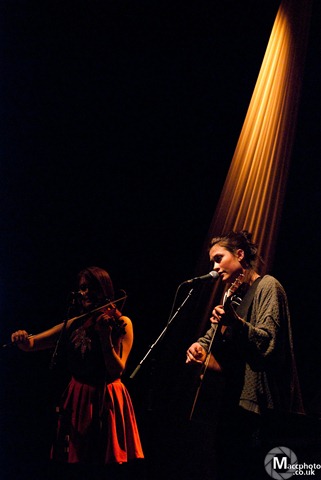 It was the final song ‘Song for a Fox’ the whimsy of which remains, whilst the orchestration had developed a fuller, more poignant, tune. Certainly, from the audience members we spoke to, it was clear that the progression of her skills and the development of the songs are there for anybody to see.

Rachel’s personality was very much to the fore, with an informal feel, that was not forced nor created, whether that be the girly in-jokes about sound checks, or the oversized jumper taken off midway through the set so as not to upset her mother, or, indeed, birthday wishes to a friend. It was, after all, a homecoming of sorts.

A worthy note to the audience; it was refreshing to see the majority, of which, take their seats early to experience all of the acts, with the journeys to the bar limited to breaks in playing. In all, a great show of respect for the trio of acts.

Rachel has come a long way from bringing, with her, home made CDs to sell; her management team assisting the layout of her EP for impending sales was testament to that. But, Rachel does not turn her back on her roots. Indeed, if anything, she keeps them close to her heart, holding an almost romanticised impression of life in the Highlands.

And yes she can talk, but boy can she sing. And her writing is not that bad either!