This was the busiest I have seen the Ironworks in a long time. As I entered the stage area I was met with a wall of bodies. Eventually with a bit of manoeuvring we managed to place ourselves behind the mixing desk and get a pretty good view of the stage. 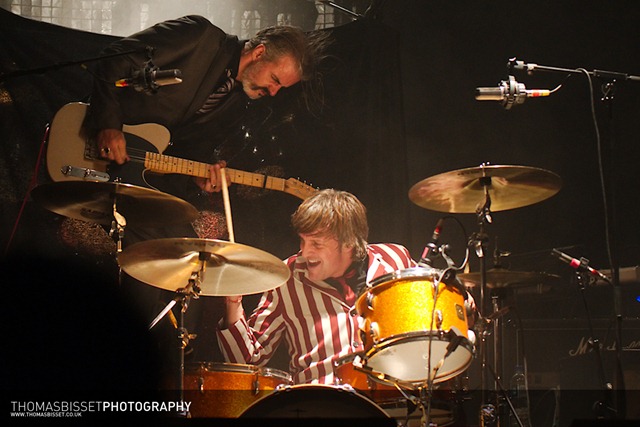 Support band Triggerfinger were about half way through their set when we arrived. The Belgian trio were a powerhouse band with a big sound and the sold out audience appreciated what they heard. 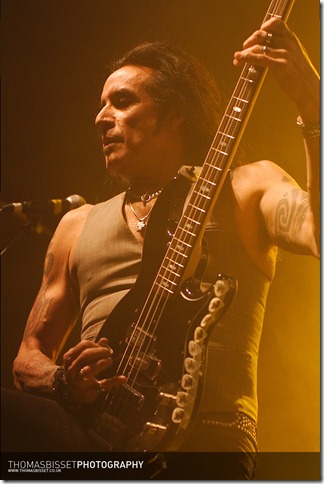 9.30pm on the dot as promised, the lights went down, the logo lit up in a sea of yellow and the latest incarnation of Thin Lizzy walked on stage and immediately started with ‘Are you ready’. They Followed it with ‘Jailbreak’ and a string of hits including ‘Don’t Believe A Word’, ‘Still in Love with you’, ‘Rosalie’, ‘Dancing in the Moonlight’ and many more which delighted the audience which covered about four generations of fans. 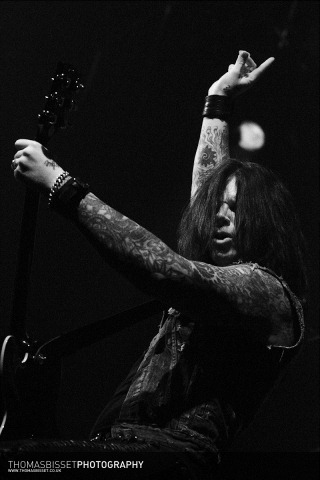 Before the band came on it was hard to avoid the Phil Lynott question, what will they be like without the endearing frontman? To Ricky Warwick’s credit, a couple of songs in and you were just loving hearing the songs again, close your eyes and you were almost there. 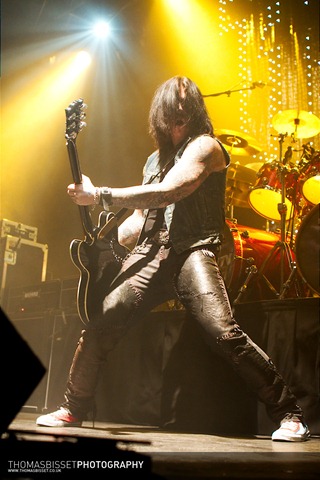 The new members along with Irishman Ricky include American duo, guitarist Damon Johnson and charismatic bassist Marco Mendoza. Along with them were keyboard player Darren Wharton (who was lead vocals with Dare in between 80’s and 2011 TL which featured Professor Brian Cox on keyboards), the very welcome return of the only original original member, the backbeat of Lizzy, drummer Brian Downey (an extremely fit 60 something year old) and guitarist Scott Gorham who looks like an elder statesman of rock.The other original member on show tonight was the lighted logo along with the light show which helped create a great atmosphere. 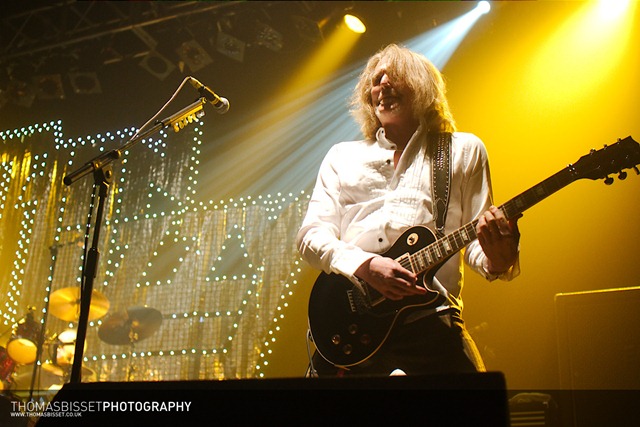 There were too many highlights to single out. ‘Whisky in the Jar’ almost took the roof off the place, and ‘Still in Love with you’ which featured Darren Wharton on duet lead vocals stood out along with classics ‘Boys are Back in Town’, ‘Cowboy Song’ and the encore of ‘Emerald’, ‘Waiting for an Alibi’ and ‘Black Rose’ all helped to make a very enjoyable evening.