Late last year Jamie from Netsounds Unsigned talked about his desire to get the band to return to Inverness ( interview here), it has now been announced that Dead Boy Robotics will headline the forthcoming Netsounds Unsigned Presents on the 27th of January. We were luck to catch up with Gregor McMillan of the band, and talk influences, their recent album and the return visit to Inverness. 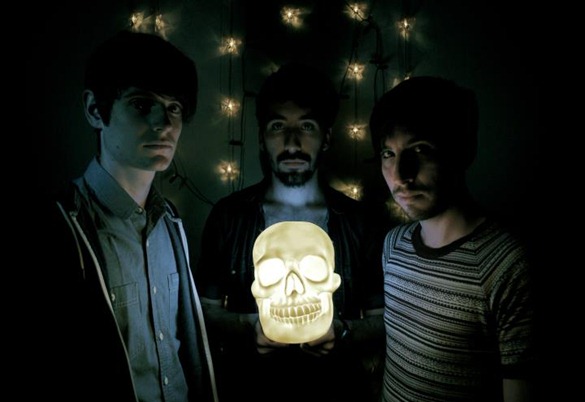 Colin Sommerville’s recent review states that the band has “an anthemic noise fit for festival fist pumping or filling sweaty club dance floors”, does the band aim for an eclectic audience?

It’s not something we’ve actually thought about. I think that because our influences are so wide and varied we end up creating something that a lot of people can connect to. Our music isn’t exactly mainstream but there are definite pop moments and hooks.

In a previous interview Mike refered to the influence of the Blade Runner soundtrack on the new album, was there other influences on the album?

There’s a definite 80’s film soundtrack feel to the record, which is a direct result of using Tape’s collection of vintage synths and drum machines. The album also has a low lit night-time atmosphere as it was mostly written in our practice room, which has no windows and is covered in fairy lights. There’s elements of Animal Collective and Yes in the vocals, the three part tribal drumming can be attributed to our love of Liars album ‘Drum’s Not Dead’, the dance side of HEALTH can be heard in songs like ‘A Broken Y-Axis’.

How are you feeling about the feedback you are getting for the album?

The feedback we’ve been getting is extremely positive and the album reviews we’ve had so far have all been great. We could’t be happier with the response. You can purchase the album here

What are your thoughts about returning to Inverness again?

We’re really looking forward to playing a show in Inverness again. When we played Mad Hatters in May on the Tape Singles Club tour with Machine Room it was hands down the best gig of the tour. The place was packed and their was such a great atmosphere, everyone we spoke to after was very enthusiastic and friendly. 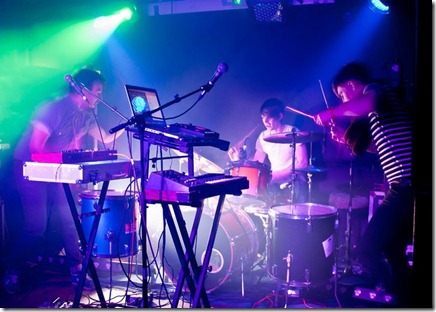 Which of your own songs currently best defines you as a band and why?

I think the song ‘Gatherer on the Threshold’ has a lot of elements that define us – harmonising vocals, intertwining guitar and bass, loud catchy chorus, intricate drum parts, haunting synths and a big ending.

How’s the Jaffa cake song coming along ;) (it will make sense if you read this,promise)?

Dead Boy Robotics headline the Netsounds Unsigned presents night at Mad Hatters on the 27th of January with support from Jonny & The Giros, Team Kapowski and Terraqoma

Thanks to Gregor McMillan and  the folk at Everymatic.