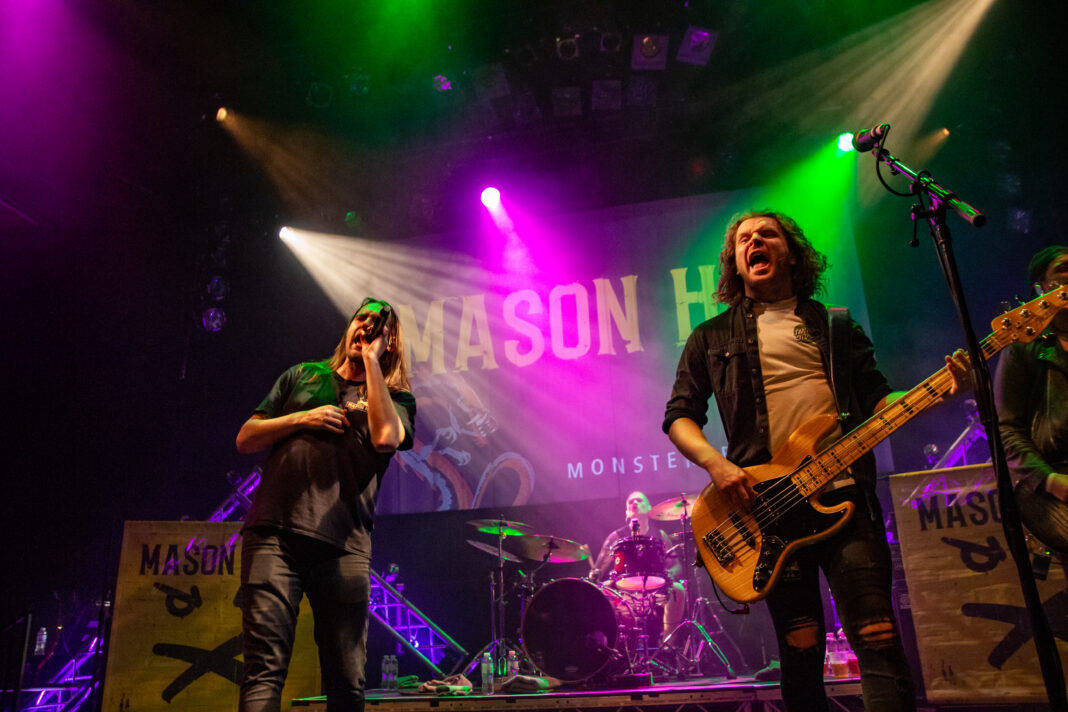 Mason Hill, with support from Lional and Susanna Wolf, at The Eden Court, Inverness.

Monsterfest reared its (pretty) ugly head last week and this year we had a change of venue for a festival that is now well established on the Inverness music scene. There were a few concerns that moving it over to the Eden Court wouldn’t quite match the atmosphere of the Ironworks but this notion was quashed fairly quickly once I arrived at the venue. The One Touch theatre’s slightly more intimate surroundings is a cosier setting with the plus side being that the inevitable smaller audience numbers early doors still manage to generate a better atmosphere than you’d get rattling around the Ironworks.

The fringe started things off with local acts in support of headliners Mason Hill. Susanna Wolfe recognises that she’s not the most upbeat of performers but that’s peppered with a good dose of wry humour which prevents it from being an entirely sombre affair. What’s nice this evening is that the background chatter you get in some venues is pretty much absent. Not that she’s ever in danger of being drowned out, it might ‘only’ be one woman and a guitar but she makes the best of it. It would be great to see her with a full band in tow. 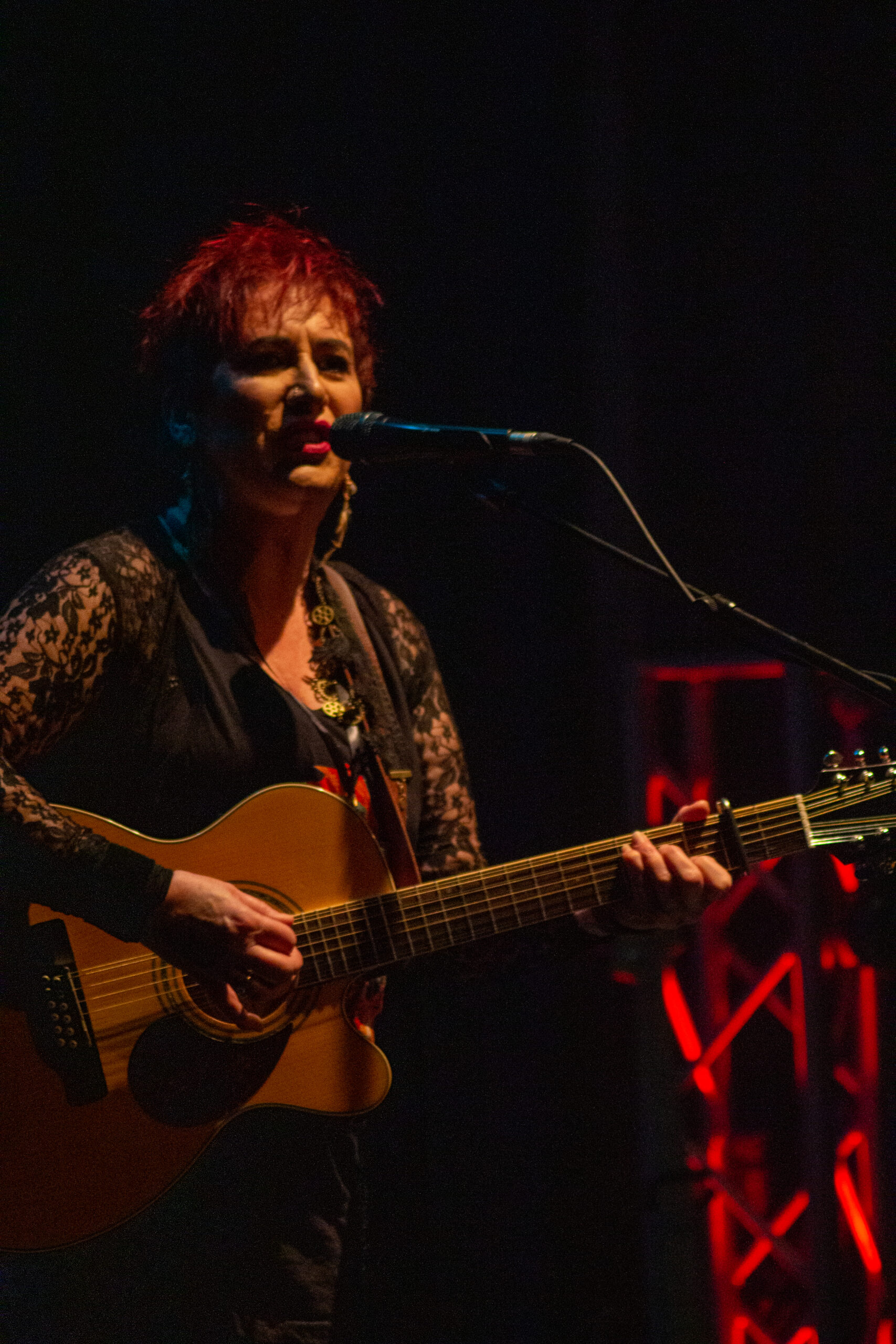 Lional can always be depended upon to put on a good show and despite Josh McKenzie’s protestations that he’s having to re-learn each song before they start, they sound as good as they ever have. They’re another act that are spectacularly good at being brooding but it’s topped off with atmospherics that drift off into territory inhabited by the likes of The Cure. In recognition of that reverby tone of theirs, Mckenzie does note that they’re more ‘medium country than Big Country’. ‘Season of Salt’ is as always, a set highlight and new track ‘Another Day on Earth’ fits into that vein of Lional doing big noises very well indeed. 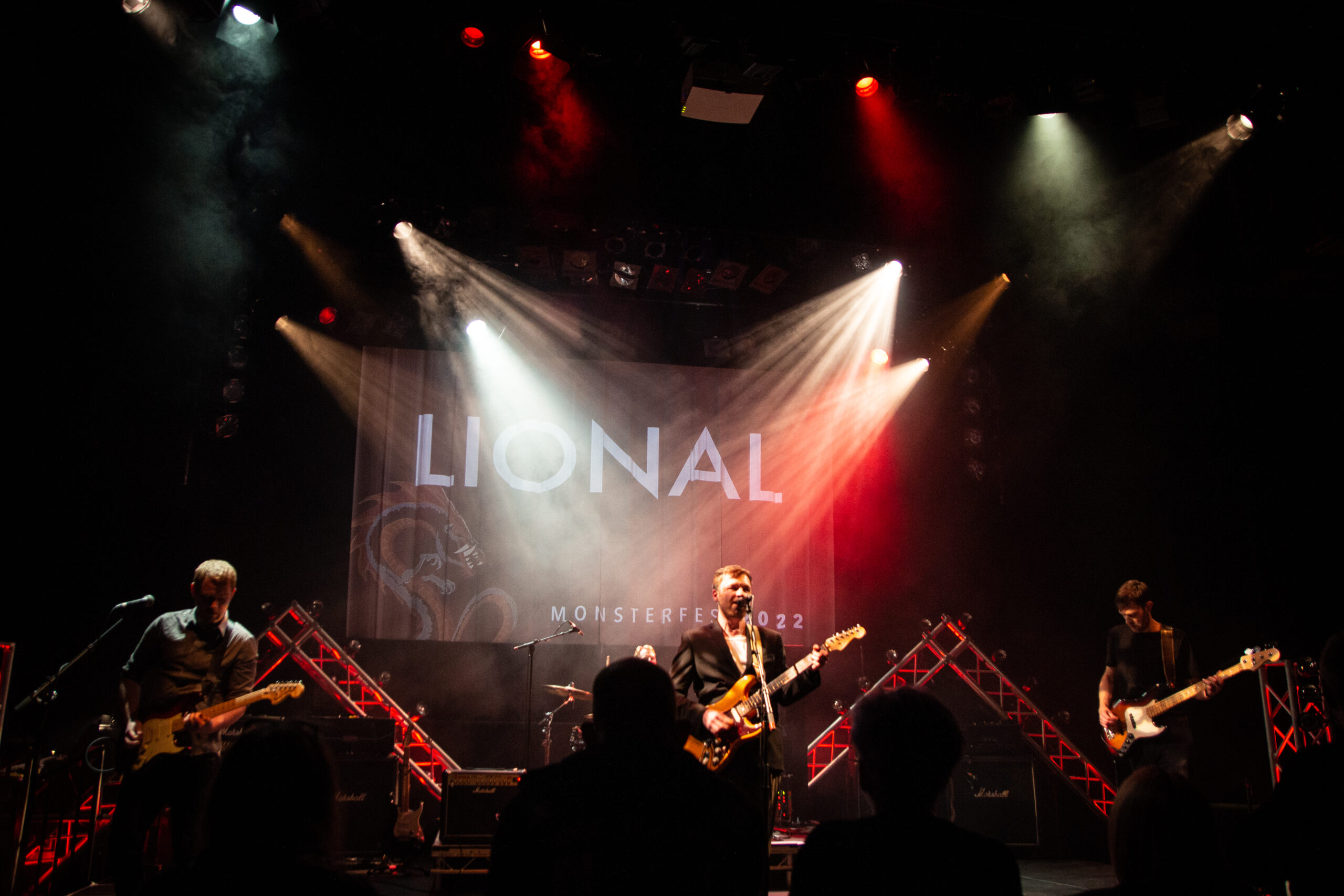 Main act Mason Hill are on a different level of noise however and are very happy to be here. Very happy indeed. They love you, they love their sound engineer, they love their guitars, they love the Eden Court and they really love having the opportunity to play live. They mean every damned word too. They’re on the penultimate date of this tour cycle in support of the album and in a nod to the early days playing in the likes of Mad Hatters, frontman Scott Taylor comments that it’s very cathartic getting to play to people at gigs like this. As you’d expect this is a loud and frenetic gig, showcasing one of the best rock bands on the live circuit at the moment. The entire album ‘Against the Wall’ is played this evening and it’s testament to the quality of the album that there are few, if any, songs that sound like filler. The chemistry on stage is utterly electric and as I said when I reviewed them at Belladrum this summer, they make me want to be in a rock band again. 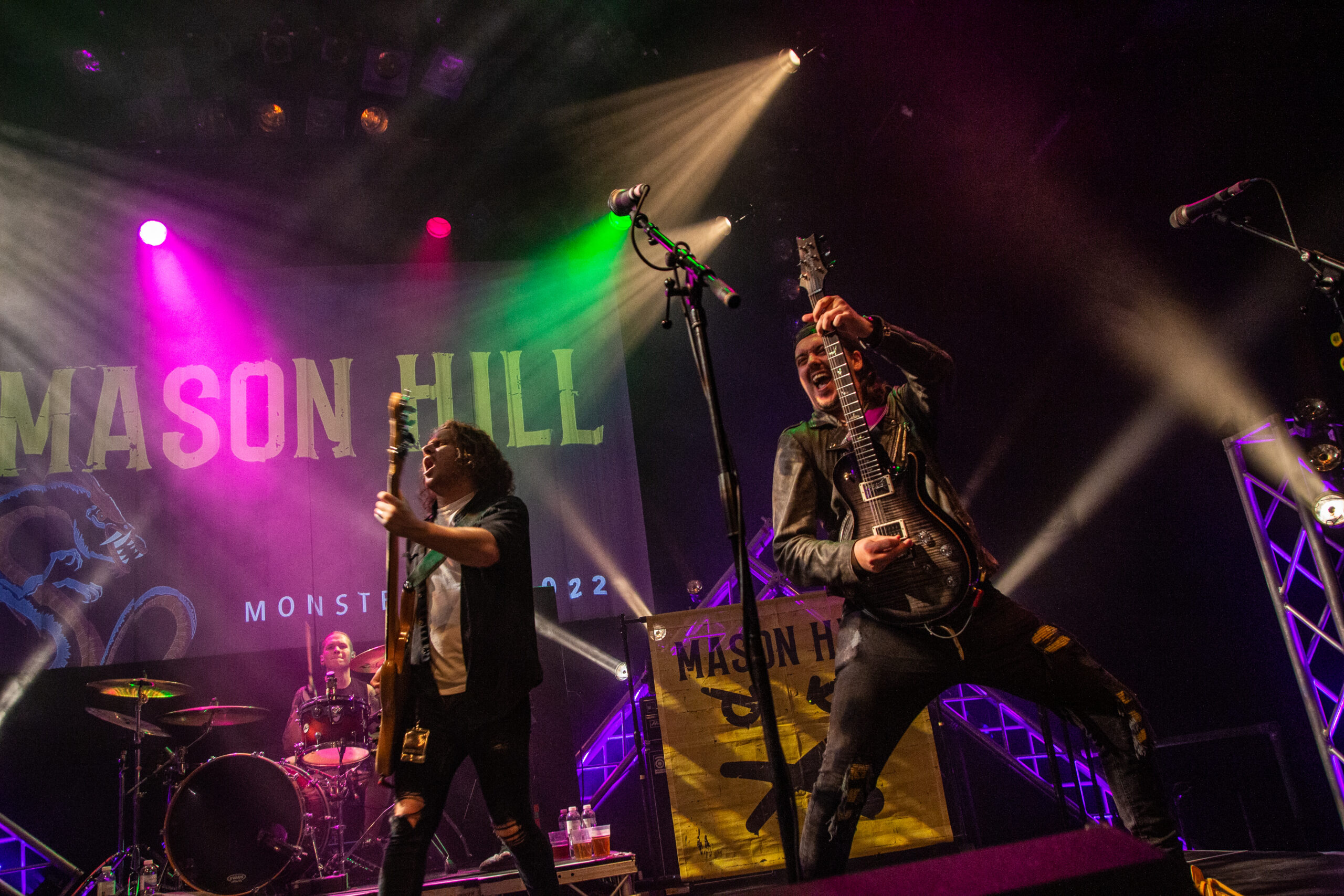 It’s not without its bittersweet moments ‘Against the Wall’ is dedicated to Scott’s mum, this was one of her favourite songs and it can he sometimes feels a bit sad singing it. Then he points to the young family up on the balcony who’ve been throwing horns and headbanging throughout their set, ‘That’s what it’s all about and it’s what puts a smile on my face’. The band leave the stage with grins plastered across their faces and it’s echoed by many in the crowd this evening. So much so that I hear more than one person contemplating heading down to Edinburgh the next day for the final gig of this tour.