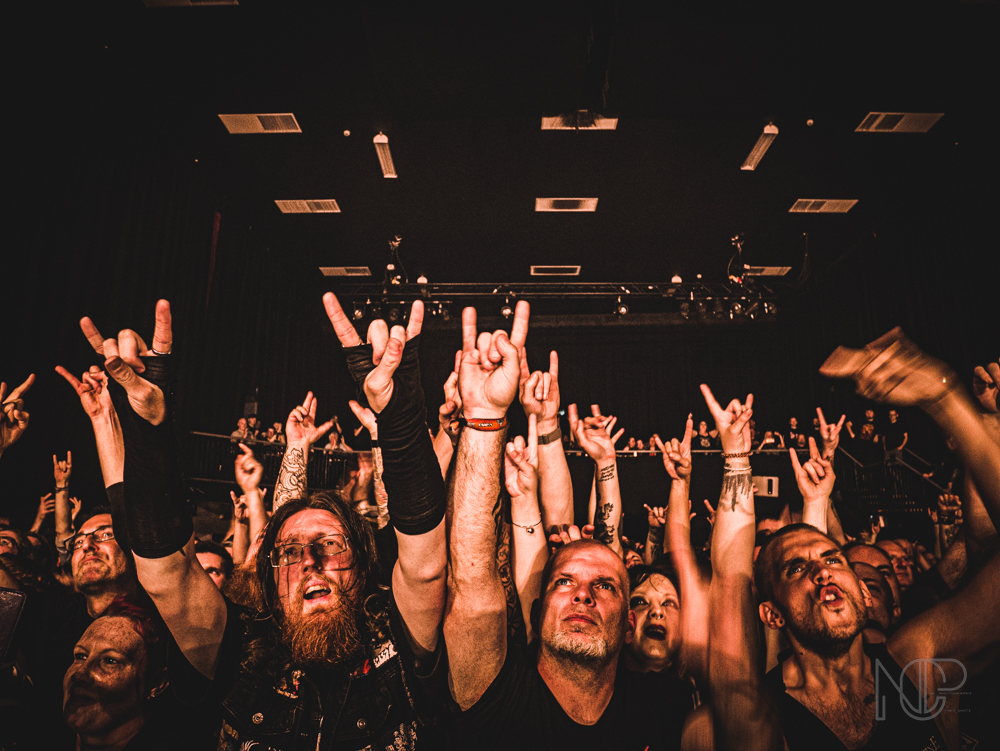 Machine Head, at The Ironworks, Inverness.

The noise hits you in the gut, a raw sonic gut punch of ferocity that the Ironworks has not been subjected to in some years. Drumsticks ricochet off skins and a sweating mass of bodies writhe in supplication in front of duelling guitars and throbbing bass riffs to what may well be the final metallic hurrah this venue will see. Machine Head are in town and they are not about to let sleepy Highlanders drift off into a reverie anytime soon.

The venue is jam-packed with fans excited to see a band of this calibre play in a hall this humble. Some have travelled many hundreds of miles to get the chance to see Machine Head up close and personal. Indeed, Shoey, ‘the Australian Ambassador for Machine Head’ has made his way over to us to show us how well he can drink beer out of a shoe, apparently minus a pink tutu that he’s famous for wearing. He’s berated by frontman Rob Flynn for this sartorial error and was reminded if he ever plans to join them on stage, he’d best find a replacement tout-suite… (yes that’s an awful pun, no I don’t care). 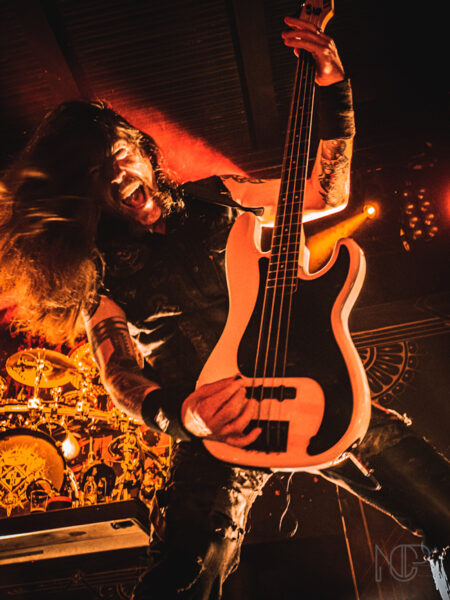 The Electric Happy Hour Tour is a short run of gigs in small venues where the band for the most part rip up the setlist and do as they damn well please. Machine Head are well known for indulging in covers (check out their version of Iron Maiden’s ‘Hallowed be Thy Name’) and tonight we are treated to a Slayer/Metallica medley featuring South of Heaven, Raining Blood and Seek and Destroy. Their own material is typically brutal, fast, and technically very bloody impressive. Solos and riffs to make your average guitar player weep in envy while, thankfully, sparing us from extended solos of the guitar or drum variety. Opening with ‘Davidian’ this is a career spanning set, including ‘The Blood, The Sweat, The Tears’ from The Burning Red album, a record I had mostly dismissed because I got sucked into the nu-metal backlash when it was originally released. A subsequent revisit this weekend has changed that opinion and it’s definitely worth a listen again. 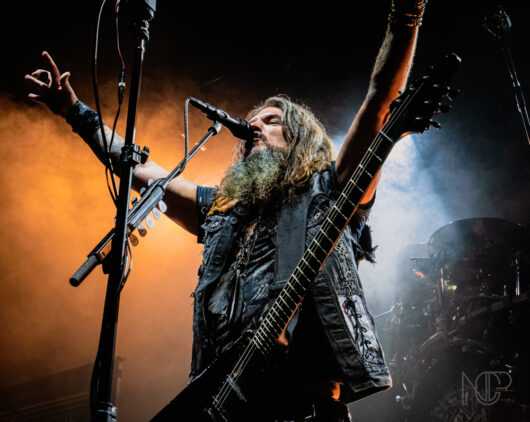 The new album gets an airing with ‘Choke on the Ashes of Your Hate’ from new album ‘Of Kingdom and Crown’. The album itself being a thundering return to form for the band and possibly the best thing since The Blackening? We would of course love to know what you think over on the comments. There’s obviously been lineup changes over the last few years but the band are rock solid on stage, incredibly polished and clearly enjoying every second of what is only their second live gig in nearly three years. If this tour is seen as a practice or warm up for the main tour this autumn then fans are in for an incredible show at the larger venues. That said, seeing the band this close up in such a relatively small venue is a rare privilege and I’m envious of those who’ll get to see them in Dundee and Aberdeen. The Lemon Tree in particular, with its low roof, is going to be insane.

Special mention to Glasgow’s Pit Troll who made his way up to Inverness to see the band. He’s a regular attendee to metal gigs in Glasgow and can be regularly seen marshalling the masses in the mosh pits. He’s also a handy height for roving photographers who need a shoulder to perch on. I did wince when I saw a few thousand pounds worth of camera kit disappearing into the pit at one point, hopefully it survived unscathed!

There is the odd brief lull where Flynn demands to know whether we’re beginning to fall asleep, ‘you guys ready for bed already?’ he barks at us. I suspect it’s more about grabbing a quick breather than anything else, some of us are in our forties you know? Another command of ‘beers up’ to a host of plastic pints being held aloft and then it’s once more into the fray. ‘Locust’ has the crowd bellowing along with the chorus “Down they come, the swarm of locusts, Skies above converge to choke us”, cheerful. I wonder if said Locusts are related to a certain governing UK party? 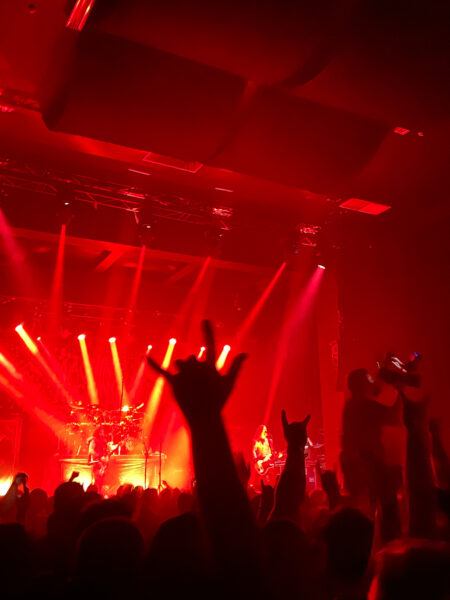 Apparently Del Amitri were playing over at the Northern Meeting Park which I’m sure was nice. This evening, we don’t want nice. We want noise. We want circle pits (angry jogging in circles). We want more crowd-surfers than we’ve ever seen before in the Ironworks and we want it in so fucking loud that our ears ring for days afterwards. We get that, and there’s not a single person that doesn’t leave the Ironworks dripping in sweat and grinning from ear to ear. If the comments on the Machine Head Facebook page are to be believed, a 53 year old man crowd surfed for the first time, someone broke a couple of ribs and we had parents introducing their kids to the delights of their first metal gig. The band closse with the nine minute masterpiece of Halo, a final flurry of noise and crowd surfers to finish off 100 minutes of thrash metal. This is what nights in the Ironworks are made for and it is a crying fucking shame that we are to lose this venue.

Thank you head cases, if that’s to be one of my final gigs in Ironworks it’s a good one to bow out on.