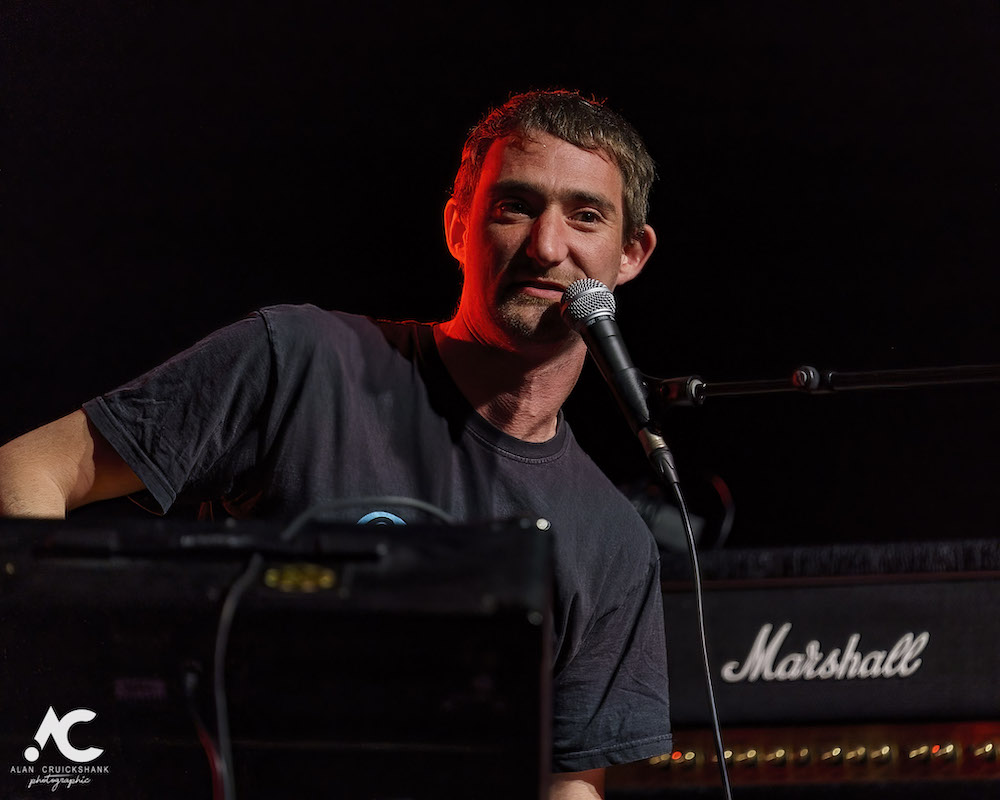 A review of the beginning of Belladrum 2022 including Peat & Diesel, Passenger, Torridon and more

You don’t always realise how much you’ve missed something until you take those first steps back. Belladrum, that regular, dependable fixture on our summer calendar denied to us for a couple of years, is back, and my word how we missed it. Many of us have mentioned how the festival feels like home despite only featuring for a few days a year. It has become a yearly pilgrimage for hundreds of locals and not-so-locals, with whole families growing up with the festival. It was my own daughter’s first experience of live music (Biffy Clyro in 2006 in the old hothouse tent I think) and it’s probably not going to be long before she’s going to be introducing her kids to the festival.

Those first steps back on to the site feel right. It’s hard to put a finger on it, whether it’s the familiarity of things – the Garden stage is over there, the food trucks are there and if I walk there I’ll find the Hothouse stage, albeit in a different guise this year. And of course for us Press folk there’s the reassuring big blue Skiddle bus where we can get notes typed up, photos processed and tea made. Or it’s the people and the faces that you can depend on seeing every year, the vendors that can be relied upon for good coffee (I’ll need to check with Bad Girl Bakery to see if they do sponsorship deals) or the Risotto bar that does a brisk trade, but I rarely need to queue for because everyone is too busy queueing for burgers or pizza.

So. We’re home. Take that deep breath. Grab that first pint. Sprinkle on the first bits of glitter. And check out that first band at a festival in three years.

It seems only right and fitting that the first notes to batter my ears are from the wonderfully chaotic and noisy The Dihydro. I’d heard lots of good things about them and they proved more than worthy of their slot on the iGigs sponsored Bella Bar. The band quickly set about pushing the sound engineer’s equipment to the max (rumour has it they were told that ‘no, it won’t go any louder, you’re already in danger of drowning out the main stage’) ruining our eardrums and ripping through a short set of tunes that bludgeoned anyone passing into submission. After that, I needed a bit of a lie down so I paid my first visit to the Garden Stage where Admiral Fallow were a slightly more soothing introduction to the early evening. Combining them and the Magic Numbers to follow is a bit of a masterstroke, the two being similar enough in terms of tone to make for a very pleasant evening down in the Garden. In fact the whole evening seems to have been crafted where the tone and dare I say it, vibe, has been set to ensure you take it easy. Passenger is obviously one of the highlights of the evening and the arena is easily as packed as I’ve ever seen it.

‘I need you guys to be quiet for a minute’, pleads Michael Rosenborg aka Passenger. ‘I need you to be quiet for three minutes, then you can go back to playing with your beachballs’. This is how he introduces ‘Feathers on the Clyde’, written as a nod to his time spent in Glasgow busking on Buchanan St, it’s a quiet song that needs a little assistance to give it a suitable ambience. The quiet is mostly… ish.. adhered to and it’s one of many delicate songs that pepper a set that we all know is building to more well known tunes like ‘Let it Go’. A heartfelt cover of ‘The Sound of Silence’ opens with the lines ‘Hello Scotland my old friend’ which is unsurprisingly very well received by the Bella audience. There’s a mass exodus after ‘Let it Go’ although the arena is packed enough that it doesn’t make a huge dent in the numbers.

The Hothouse stage has been given a makeover for 2022 and the tent has been replaced by a open air stage. This should address some of the issues they’ve had in the past where headline acts have been so popular that they’ve had to restrict access to it once capacity was reached. Now the stage sits at the bottom of a gentle gradient and should open up the scope for larger acts in the future. In terms of local acts, there’s not many that come much bigger than Torridon who are a commanding presence in their early evening slot. The band are a festival regular and each year they’ve grown larger and larger audiences. ‘Lighthouse’ is the big tune here this evening and a moving tribute to the issues surrounding men’s mental health and their own direct experiences with this. It ticks all those ‘anthemic’ boxes and a sharp reminder that the last few years have not been easy, it’s a small moment of reflection in amongst the joy of being back to live music.

Earlier in the day we find out that Sam Ryder has taken ill and his headline spot is now vacant down on the Hothouse stage. Immediately the rumours start to whirl around the site, one of the most popular being Paolo Nutini, a not entirely daft idea considering he has a new album to promote and string of festival dates already under his belt. But despite this supposedly being their only weekend off in eleven weeks, Peat and Diesel have flown in on the back of a Massey Ferguson to save the day.

‘You weren’t expecting to see us were you?’

Boydie faffs with the amp settings for a bit, things clearly not quite to his liking. This draws an exasperated but not ill-humoured sigh from Innes, ‘as you can see we haven’t got any more professional since the last time we were here’. Indeed, the set is peppered with Innes scolding Boydie as he footers with effects, complains about the lights – resulting in the them being switched off for a few seconds by an irked lighting engineer, but it’s all good natured and is keeping with the shambolic but hugely entertaining band from Stornoway. It should be noted that this writer has been nominated the band’s official iGigs reviewer purely based on the fact that he grew up on Lewis. Apparently this should give you, the reader, fascinating insights into the culture the band comes from and an in-depth thought piece on whatever zeitgeist they’ve tapped into that has made them so inexplicably popular.

Truth is, I have no idea about any of it and I don’t think they do either. Whatever it is, it’s not going away any time soon and the large numbers at the Hothouse stage are testament to that fact. The hits are all present, from ‘Calum Dan’s Transit Van’ to ‘Brandy in the Airigh’ and making your way to ‘lovely Stornoway’ (debatable, don’t @ me townies!) and they all go down an absolute bloody storm. The band have upped the ante in terms of a light show and the sound but it’s essentially the same three coves from Stornoway on stage and they seem completely unaffected by the spotlight that has been thrust upon them. Other than being slightly baffled by the whole affair.