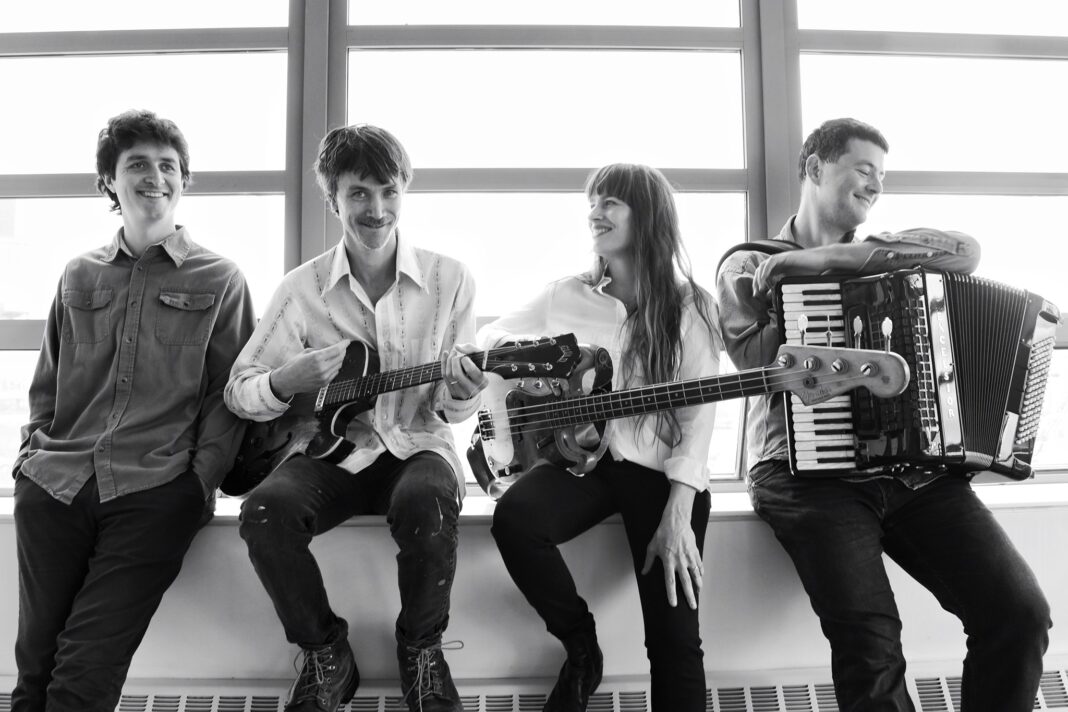 The Felice Brothers, with support from Edie Bens, at The Botanic House, Inverness.

Saturday night saw The Felice Brothers, supported by Edie Bens, take to the stage at Botanic House. It is a rare night that live music is the focal point at Botanic House as it normally is the backdrop to the venue’s pub/club atmosphere.

For many it is their first time at the venue since its previous incarnation, the nightclub “G’s”. A few tales were shared of sticky floors and close encounters…

Opener Edie Bens faced a somewhat sparse floor as those in attendance tended to pop their heads out from the booths in curiosity. However, the few that were standing were joined as Edie’s smokey vocal captivated with her delicate acoustic songs. This included a haunting version of Bruce Springsteen’s “I’m On Fire”. This is impressive but it steps up a notch when she goes electric and bares her teeth with “I Don’t Love You Anymore”. A fine opener who we really should hear a lot more of.

If Edie ended on a high, The Felice Brothers started on one. Ripping straight into “Jazz On The Autobahn” it was a flying start from an incredibly tight band. Ian Felice’s vocal lives and breathes each tale that they play. “The Kid” has a depth to it that holds the audience and actually draws them closer to the stage. ”Valium” was another that captivated, but it wasn’t valium that kept the band going but a supply of malts which made their way from generous members of the audience: Laphroaig and Glenfiddich to name but two, which was perfect timing for the introduction of “Whiskey In My Whiskey”!

The ever smiling James Felice switched from accordion and keyboards throughout as the mood shifted between songs. It helps take you on that Americana ride that only the Felice Brothers can produce. He did though almost have his smile wiped from his face when he couldn’t access their changing room mindset but much to his relief this was rectified at the end of the next song. The drive is supplied by Jesske Hume on bass and Will Laurence on drums, and their accompanying vocals which add to the atmosphere in songs.

The Felice Brothers are undoubtedly masters of their craft, and because of that it was an evening that passed all too quickly. They have an uncanny knack of making the sombre sound euphoric, and yet at times the words can stand on their own, “We Shall Live Again” being a fine example of this. A two song encore, “Ballad of Lou the Welterweight” and fan favourite “Frankie’s Gun!’ tied up the night quite perfectly. And I mean that. This was as good as it gets.