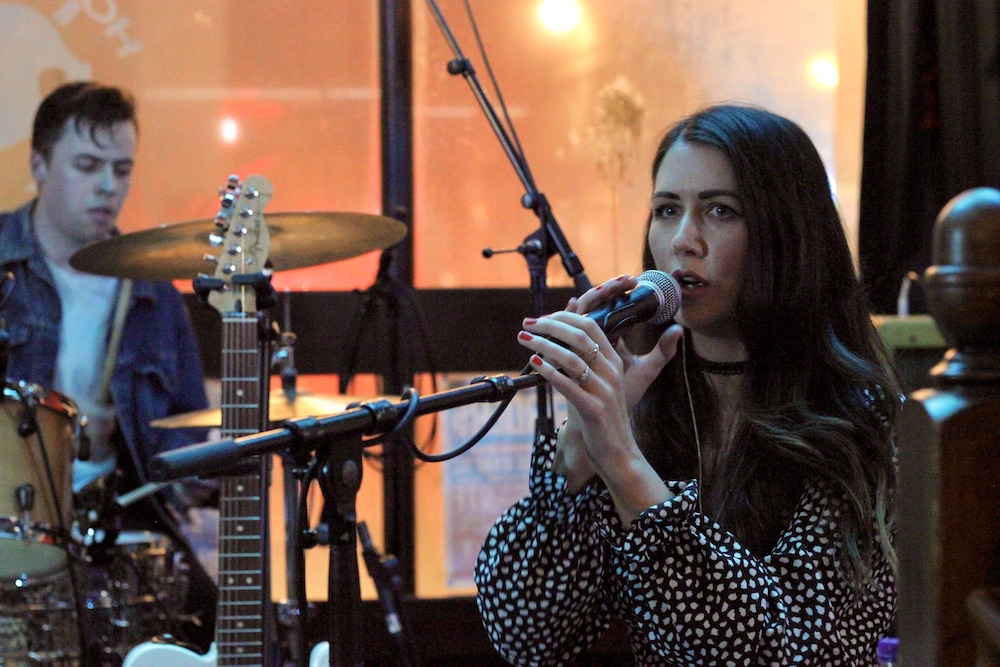 For Ukraine (Fundraiser) at Hootananny, Inverness.

Friday night saw Hootananny and Mad Hatters host two floors of continuous live music running from 6.30pm through to the wee small hours for a finish at 2.40am. Often fundraisers can get a little lost in midweek slots but it is credit to the bar and the event organisers that the event took place on a Friday night, and I know it’s a generalisation, but would also have introduced the ‘Friday night crowd’ to a wider range of music than that what many would normally hear. I would also add to this that the musicians from the area are always quick to support a worthy cause, and at this moment in time I can think of no worthier cause than the support of the Ukrainian people.

With such a long night I was able to attend during the middle of the evening. On my arrival Susanna Wolfe was ending her set upstairs. Like many acts, for obvious reasons, I had not heard Susanna for a couple of years. Her vocals are as powerful as ever and if her last song ‘Redemption’ which Susanna said was “for all you bastards” was a reflection on the earlier set then those in attendance were well treated.

Downstairs in Hootananny Sarah Gallagher and her band delivered a toe tapping fiddle infused set. This was their first gig since Covid and it really didn’t show. There is a controlled anarchy to their set; it’s fun, and ideal for a Friday night whatever the occasion. It’s also about drugs, mansplaining and Tinder. Diss tracks are a speciality. Quite simply, if you get the chance go see Sarah and her band.

Back upstairs Drew Mackenzie had struck up with his solo act accompanied only by his electric guitar. This had the feel of when Isaac Gracie played Belladrum in a similar capacity. This is a good thing. The merge of vocal and guitar work well for Drew. A new post-lockdown name for me, and one that I will be looking out for again.

Returning downstairs Lucille are laying out a rattling set. Led by the exuberant Marc Davidson they were intent on kicking up a storm. It’s a focused set with the emphasis on drive and power. They’ve come out of the imposed hibernation with all guns blazing. Lucille are having a ball. (You can catch up with Lucille with our recent interview here.)

Moteh Parrott and his band were next to take the stage in Mad Hatters. By now the crowd upstairs was growing. It’s infectious and quietens some of the usual chattery Friday crowd. Moteh produces a grounded organic sound, there is a natural flow, a natural bounce, to his music. When it’s all too easy to pigeonhole an act Moteh goes against that. Half an hour is just not long enough.

Another local act, held back by Covid are Chancers. They were really moving through the gears when Covid struck. They are now back, and they are back. Opening with a Beatlesesque number they move through more traditional Jake Bolt territory. But it’s where the vocal interaction between Jake and Laurie comes to the fore that the set really sparkles. They are coming onto a game.

At this point I took my leave and there were still another five acts to go. I’ll catch you all sometime soon.

If you want to help with the fundraising and find out more about the specific project the event was raising funds for, please check out Ukraine Just Giving Page. The Market Bar are holdingg the second part of the event on the 30th of April.