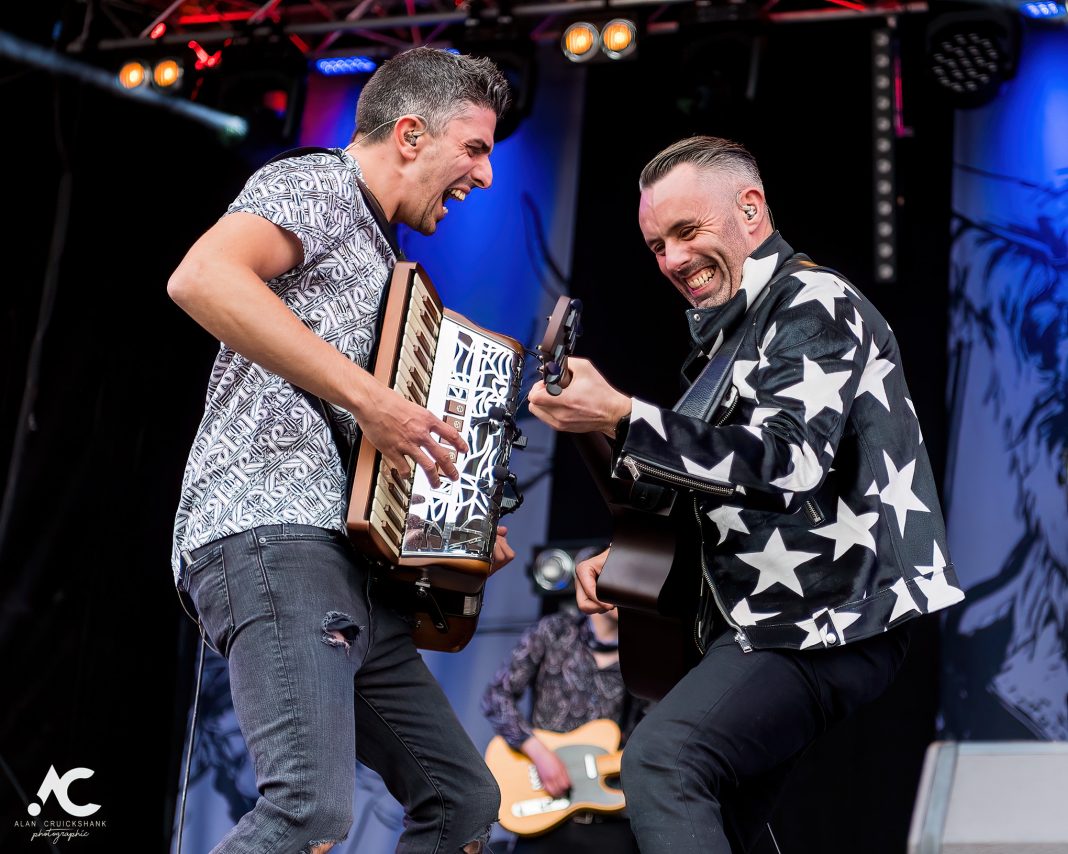 Ahead of their gig at The Gathering, Kenny Smith of Torridon chats to IGigs.

Whilst being well established in the area, their reputation continues to grow, having played throughout Europe and even managing to play Hampden before Scotland played Portugal. In 2020 (ONLY 2 years ago!) our reviewer noted “Torridon came on stage to a roar from the crowd who demanded to be entertained in the way only Torridon can and the band did not disappoint, lots of hands in the air, foot stomping, singing along and dancing ensued.” We were lucky enough to get Kenny to answer a few questions ahead of The Gathering 2022.

We don’t want to dwell too much on the C-word, but has there been anything positive that can be taken from the past couple of years for your music?

Everyone’s outlook in life is different now to pre-pandemic’s pacey, all-go lifestyle.  The most positive thing we have collectively taken, as a band, is our rehearsal dynamics have changed, and as such some really interesting and diverse new music has been created.  We are confident this will show on stage at the Gathering, and in upcoming releases.  Our rush to ‘get back out there’ hasn’t taken off due to the music industry stuttering to come alive again, and a desire to focus on what we want to achieve as a band.

Scottish Traditional music has hit a bit of a renaissance over the last few years, why do you think that is? And what impact has that had on your music?

Hopefully this will show in live events taking off again for Traditional Music in Scotland.  In as much as there’s a renewed appetite for the music, ticket sales prove the strength of the industry and we hope this picks up for everyone, whilst at the same time we can see a level of nervous apprehension all round.  With on-line streaming platforms taking the chunk of the pot, it’s really hard to gauge the positive impact until venues are full again and the live music scene is thriving again.

The underpinning themes of ‘Break the Chains’ seem to particularly resonate given the last couple of years, how do you feel about what you have achieved with the album?

This is very important to us, individually and collectively.  Getting the feedback to learn our music is so important to many as they came to terms with their own individual battles, has been really encouraging, and in some respects, we feel we have done what we set out to do.  That was simple, to change at least ONE person’s mindset from the worst case scenario, to opening up and seeking help to deal with their demons (whatever they may be).  Break The Chains has forced us all to communicate better and begin the discussion that some people never had the chance to start – that for us is an incredible feeling.

Having played The Gathering a few times, what is it about the festival that makes it so special?

Having such an amazing festival in the Centre of Inverness, very much seen as the capital of Scottish Traditional Music for many; it brings an easy to get to action packed trad based festival to our doorstep. With the experience of Belladrum very much at the heart of the organizing here, it bodes for a blistering trad focused festival, which could and should grow in the future to a weekend festival – it certainly has all the right ingredients for an amazing weekend of music in the Highland Capital.

Indie/Rock or Country would be two genre’s we could slip into with the diverse experience within the band and some of our music already tends towards a bit of both of these to be fair. With the range of musical influences within the band, our own creativity can be really far-fetched from our genre, and who know maybe we will forge in a completely new direction altogether in the future!

Tickets for The Gathering are available HERE

Like what you see? Please consider giving a little to the upkeep of the site via Buy Me A Coffee, it’s a small gesture that helps us to keep running this free to access website.