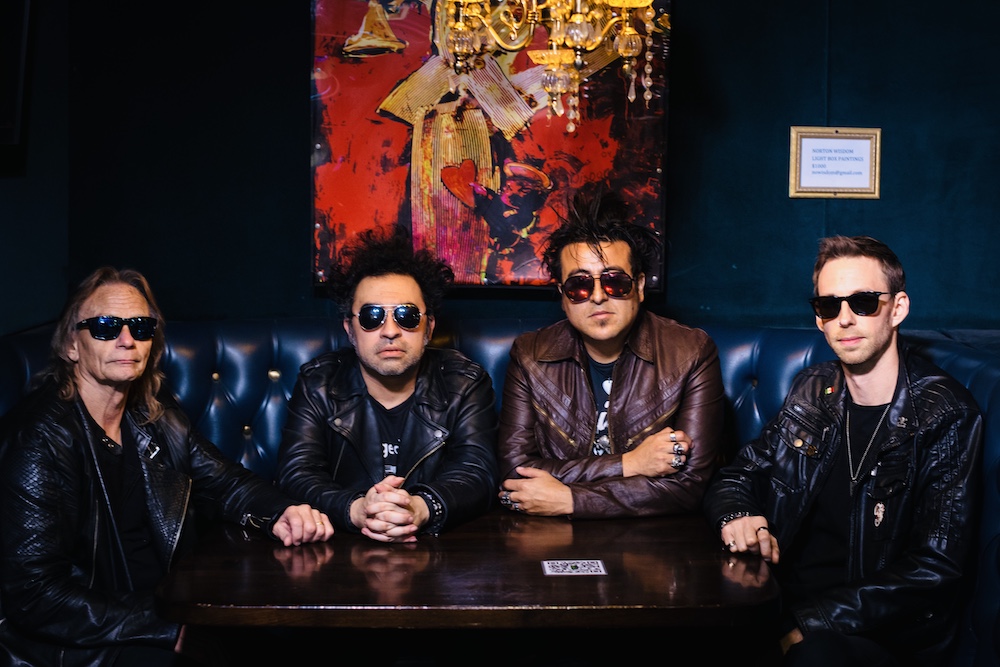 The Falling Doves to play Inverness in May.

As part of their Double Vision world tour The Falling Doves visit The Tooth and Claw on 1st of May. A world tour that takes in, amongst others Las Vegas, San Diego, New York, Hamburg, Milan and London. Closer to home they stop off in Edinburgh and Glasgow prior to their turn at the Tooth and Claw.

The Falling Doves are a force of electric energy. Their music is a fusion of stadium rock with garage rock familiarity, a sound that has helped the guys win over the ears and hearts of fans around the globe.

Personally mentored by Phil Solem (The Rembrandts), the late Scott Weiland (Stone Temple Pilots), and Pete Best (the Beatles), The Falling Doves have just finished a string of dates with Cheap Trick. Past tours include Echo & The Bunnymen, Peter Murphy of Bauhaus, Fastball, and Gilby Clarke (Guns N’ Roses).

Prior to COVID-19, their previous tour (the Electric Dove World Tour) was set to sweep through Europe, Asia, and Latin America with nothing short of thunder and lightning. The band was able to rock Japan, Australia and Norway before restrictions were set in March 2021. Taking every precaution possible, The Falling Doves were able to perform a handful of select dates in the U.S., U.K., Mexico, Germany, and France in the latter half of 2021.

The band has continued rescheduling any missed dates as part of their forthcoming DoubleVision 2022 World Tour. The band will be visiting as many countries as allowed by the ease of restrictions during the remainder of 2022.

While in the UK at the height of the pandemic, the band sought refuge at the legendary Abbey Road Studios, working under the direction of engineer / producer Chris Bolster with pre production done at Motor Museum Studios in Liverpool (Oasis, The 1975, Arctic Monkeys) for a future album set to be called, Liverpool.

The Falling Doves Double Vision 2022 World Tour will bring elements of a stadium live concert production into small halls, with the rich visual texture of music videos and an element of lights and theatre you would expect to see at large arenas from major stadium rockers.

Lucille gets ready to ‘Rise’ – Interview