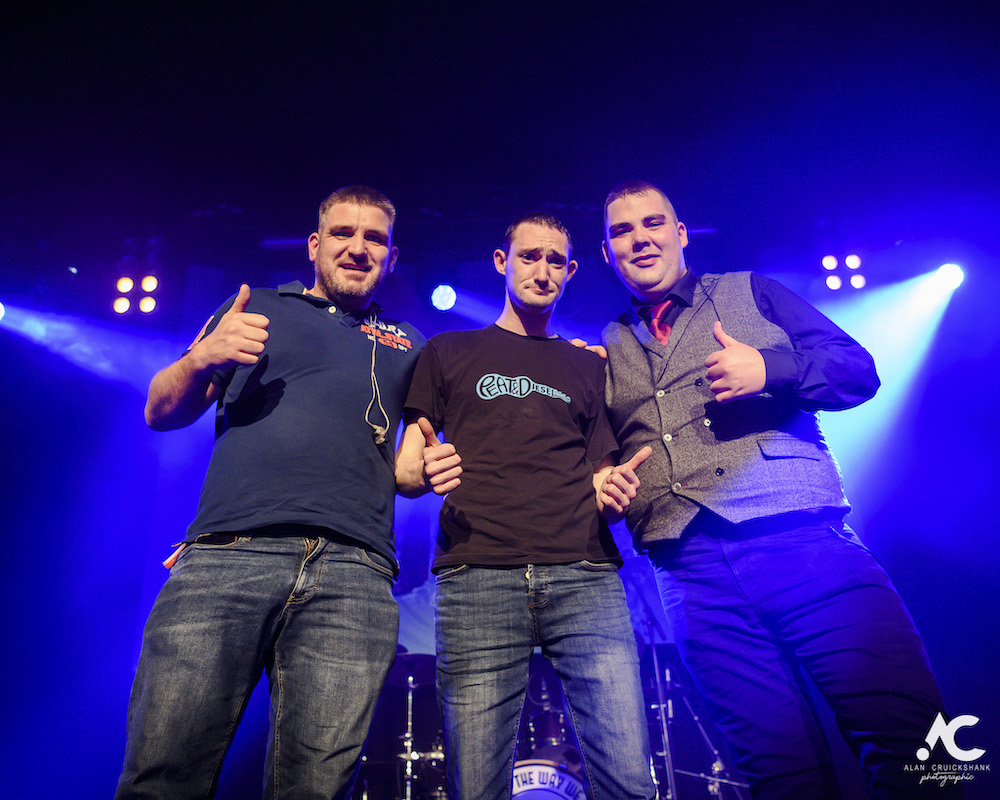 With ‘Peatlemania’ showing no sign of waning, Boydie and the lads have announced the Giving It Laldy tour for November and December 2020.

A string of sell-out gigs including most notably Glasgow Barrowlands in four minutes flat have clearly put the focus on the Stornoway trio, who even managed an audacious if unsuccessful attempt at a Christmas number one.

It is clear that the band’s down-to-earth tales of island life, rip-roaring tunes and crowd-pleasing live shows resonates with many indeed our reviewer of their February sell-out gig at the Ironworks observed;

“their appeal has grown much wider; everyone I spoke to at Ironworks that came to see them said that they loved the banter, the nonsense and the daftness, they love the comedy and the fact that they do not take themselves seriously, this was evident on stage right from the start.”

Beyond Presents bings Peat & Diesel, with support to be announced as they play Ironworks, Inverness on the 26th of November, 2020.

Gordon James and the Power for Ironworks gig