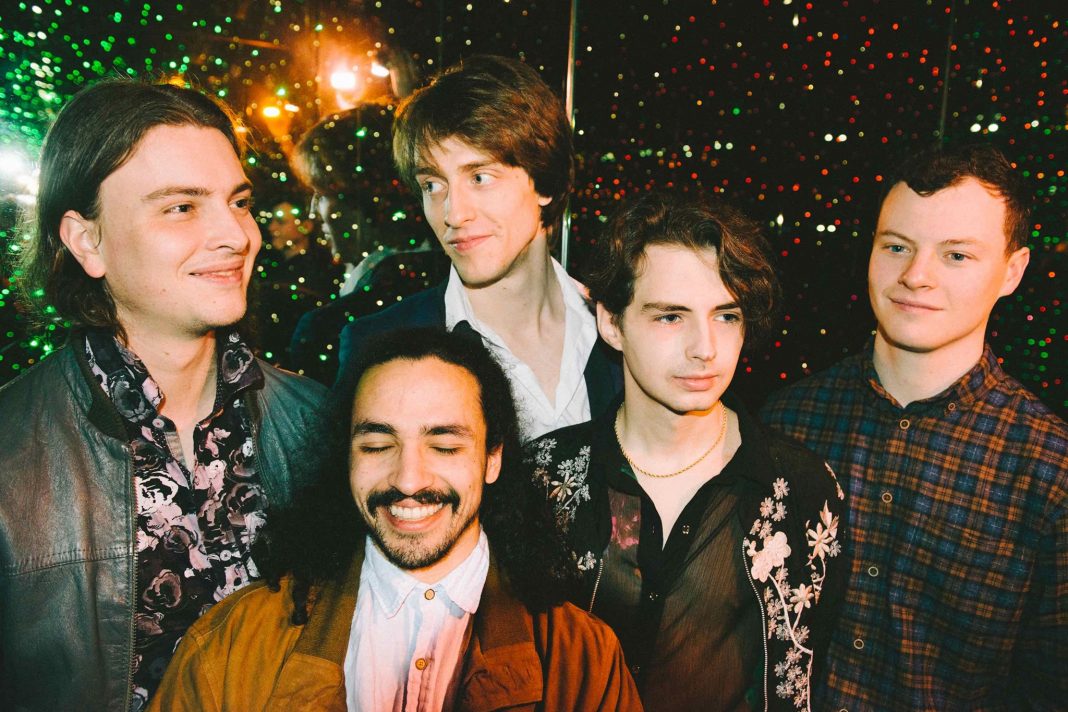 Ahead of their gig on The Seedlings Stage at Belladrum 2019, Juan Laforet of Quiche answers a few questions for IGigs.

Quiche describe themselves as “Harmoniously textured, romantically dreamy, adventurously tasteful Psychedelic Rock. They have just recently announced their signing with First Run Records and new release “Grey Matter” is due out on the 31st of July.

Quiche find them making a quick return to Inverness after their Xpo appearance in June;

Pretty crazy, we did our first tour for TTV with a lot of talented bands from our local scene, played our first English shows and our first festival slot at Eden Fest. And very recently we’ve started working with a record label! We haven’t even released all of our new material yet. It has been a very exciting time.

How important is playing Belladrum for you?

It’s a big deal!! There are so many big names and awesome bands that play this festival every year so it’s a pleasure for us to be a part of it this year. I mean ELBOW and HAWKWIND and JOHNNY MARR? Damn.

If your set only consisted of three songs, which ones would they be and why?

I’d have to say Silhouette, Grey Matter and Rat Habits. Silhouette because it’s our “Pink Floyd wannabe” track, it has probably one of the most psychedelic moments of the set, so it’s essential. Grey Matter has that “in your face” driving sound that is so much fun to perform live, and Rat Habits is just such a brilliant song. Jack is a fantastic song writer.

The Seedlings stage has seen several bands that have been promoted through the bill at Belladrum, where do you see yourselves in five years time, and what will help you in your journey?

Definitely writing and recording more music, and playing it to everyone who enjoys it. Definitely want to have an album (or two) out by then. Headlining Belladrum and world tour supporting King Gizzard & The Lizard Wizard by 2024? I’d be up for that. And our manager will be the one to help us, because the music industry is just a huge maze these days. We need a guiding light.

We are beyond excited for this one… we're pleased to finally announce our signing with @firstrunrecordsscot , it's a pleasure to have the chance to work with lovely people like them ✨ Go visit their brand new website by clicking the link in their bio and keep your eyes peeled for new quiche things coming soon!! 🐸 📷: @rosie.sco

Which other acts on The Seedlings bill would you recommend people see this year?

Given the sci-fi theme of Belladrum 2019, construct your band with sci-fi characters?

I need boundaries for these sort of things so I’m gonna stick with Star Wars. Ally would be Lando Calrissian due to both of their superb fashion senses. Jamie would be Darth Vader cause he can do crazy throat singing stuff. Tommo’s eating habits would leave him with Chewbacca. I can see Jack being the singer at Jabba’s palace in Episode VI, he has the same energy on stage. And I’d be Luke Skywalker cause I have no patience whatsoever.

ALWAYS Star Wars, FOREVER Star Wars. The originals will always be one my favourite trilogies ever. Jack likes some of Star Trek too though (but we all know it’s not as good).

I’m the laziest person ever so teleportation, definitely. Easy.

You are allowed to time travel to one gig, which one is it?

Either Queen during their “A Night At The Opera” Tour or The Eagles at The Capital Centre in Landover, MD, 1977. Those harmonies. The 70s is where it’s at!

Your band can soundtrack one sci-fi film, which one would it be?

Probably Back to the Future 2. Most of my songs are about love and there’s a lot of similar themes to be explored there. Also hover boards. Yes.

It’s hard to choose, but Han Solo or Bobba Fett from Star Wars, Morpheus from Matrix, T-800 (Schwarzenegger) from Terminator, Ellen Ripley from Alien… There are way too many to pick one.

What invention would you like to see a reality in the future?

I’m dead set on teleportation. Imagine going on holiday instantly. I don’t mind being in planes but it’s not a great time either. And I’m from the Canary Islands so if I want to visit my family it’s like a 5 hour flight to get there from Glasgow, it can be a bit too much.

Also musical equipment can be really heavy. And groceries. I either need to get my driving license or somebody has to make this happen.

You can also catch them at;

Buying upgrades for the festival from this link helps the website.