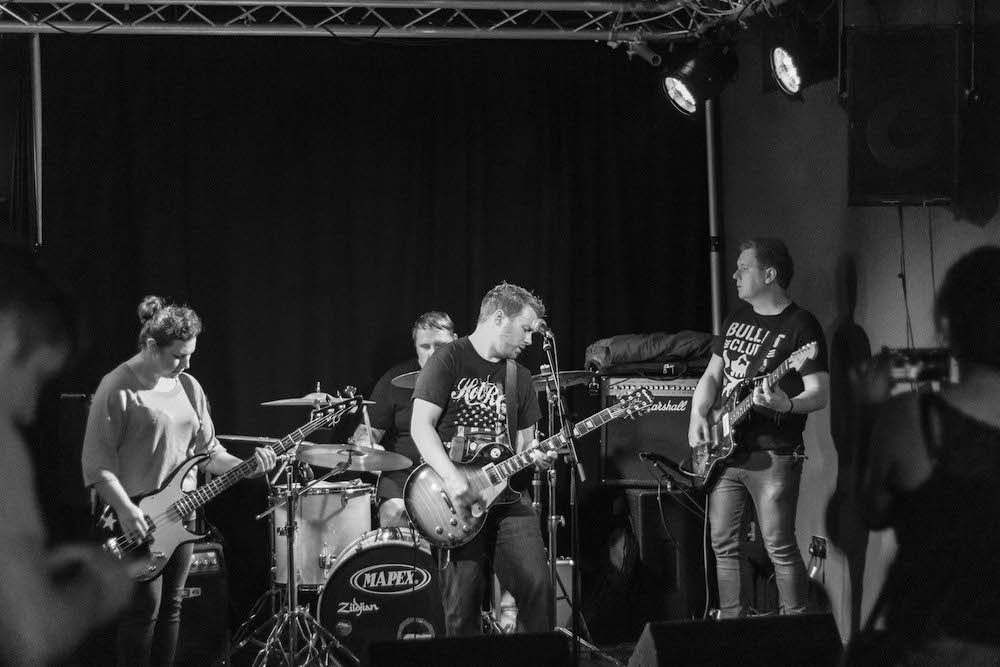 We introduce you to Danny Mortimer and ask them a few question ahead of their performance at Rock Factor: Back to the 90’s, Ironworks, Inverness

Tell us about you?

I’m a Singer and Guitarist from Elgin, playing my own brand of Melodic Guitar Based Rock. Having released two solo records and one as part of a band, I have been kept incredibly busy with my music over the past few years. Since deciding to go solo from my last band (Christie Row) in late 2015, I have been incredibly lucky to be able to achieve so much since.

I have played all across the country at venues/festivals (including Belladrum, the O2 ABC, The O2 Academy (Glasgow), Tunnels, Speyfest, NXNE, The Drouthy Cobbler and the Green Room) aswell as Live Radio Sessions(North Highland Radio, MFR, KCR, Radio West Fife) and Chart Success. Playing my guitar is what drives me, and always striving to be a better musician I feel is very important. When it comes to performing Live, I’m incredibly lucky to have a full Live Backing Band to help bring my music to life. I also play solo shows, where I take my music and strip it down to just an acoustic format.

What’s your music about ?

I would describe my Music as “Melodic Guitar Based Rock” as there are many elements to it. I take influence from bands such as Jimmy Eat World and The Goo Goo Dolls, who’s lyrics they wear on their sleeves. Being vague at one point and tugging on the heart strings the next. With my music, I’m all about catchy choruses, big guitars and thought provoking lyrics.

What are your first three songs on your set-list?

It would probably be a track by Jimmy Eat World called “23”. The track is relatively simple, but highly effective. It has all these elements that just make it sound epic, and is no surprises that for Jimmy Eat World fans, it is a fan favourite. The lyrics are incredible, and the way that the guitars work round each other, for me anyway, is something that I try to incorporate into my music. The track has a great flow through it.

If you were able to steal one song from any act and claim it for yourself, which one would it be?

Right now, Im working on new music that Im hoping will be released this year. Last year was an incredible year for me. I released my second album “Anything But Silent” and went on Tour to promote it, with 19 dates all over Scotland. It was a very tiring year so right now I’m re-charging my batteries, collecting new ideas, writing and getting ready for the next release.

Where can we catch you?

As mentioned above, Im pretty busy in the writing process just now so have very few Live Dates coming up. Im incredibly excited to by part of the “Rock Factor: Back to the 90’s” Event on the 6th of April at the Ironworks with such an incredible line up. To finally be able to score that one from my Bucket list is going to be incredible, as its been a Venue I have aimed to play at for years. Then a few weeks after that, me and my band will be heading through to Aberdeen to play at the Wig alongside some great local bands through there.

Danny Mortimer plays Rock Factor: Back to the 90’s, Ironworks, Inverness on the 6th of April, 2019.

If you are interested in submitting your band to be featured, email Chris@IGi.gs

Check out other Inverness Gigs introduces, “Who are you?” interviews.