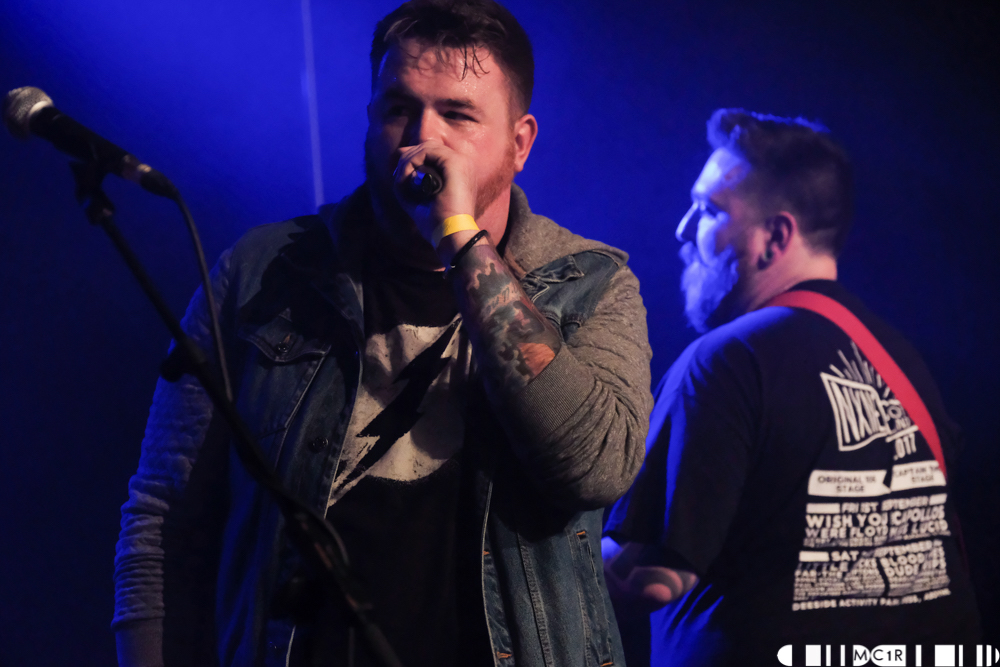 SUBLIST Battle of the Bands , featuring Table for Four, Memorial Parasite, Bad Actress and KING KOBALT  at The Playhouse, Nairn.

The second of the five heats of the battle of the bands made Nairn rock! (loudly) last Friday night at the Playhouse at an event for over eighteens.

The SUBLIST (Scottish unsigned bands list) has been created by Alan Greer of Shack Studios Nairn whose aim is to put more Scottish bands on the map.  As part of the process, he decided to hold a battle of the bands competition in Nairn venue, The Playhouse.

Bands applied to enter this competition with the winning band having their track mixed by Ken Allardyce who has worked with Green Day and Fleetwood Mac.  Ken and Alan are judges at the heats as well as  Alan Forbes of North Highland Radio and Eddie Stuart of Keith Community Radio.

Heat one took place Friday 20th July with Inverness winners Park Circus and Garrison Court going through to the semi-finals later this year.

I had already been warned that the second heat was the “noisy” heat and it certainly lived up to it with music from Table For Four, Memorial Parasite, Bad Actress, and King Kobalt.

First up Mork, a local musician, introduced Table For Four who brought their own form of original live music to the venue.  This band is made up of Sarah, Mads, Ryan and Honda. Honda’s bass guitar didn’t sound quite right in the venue at sound check and Fearghas from Bad Actress generously offered his which ensured the band were able to produce the sound they wanted.

Within minutes of starting they had the audience’s heads moving in time to the strong beat produced by the 2 guitars, bass and drums. Sarah, the lead singer, then announced that the next song was going to be one we all hated which was quite thought provoking, what could be so insulting?  The tune was instantly recognisable as a rock cover of Britney Spears’ ‘Hit me Baby one more time’, a tune which caught the crowd’s attention. It showed that a pop song can be taken and given a fresh punk / hard rock vibe. Their last song ‘Jealousy’ had the crowd having a little dance.

It was a strong start to the evening which was enjoyed not only by fans in the venue but also by those at home who were watching it via live stream and who were maybe giving their ears more protection.

Memorial Parasite, a young and upcoming rock metal band, were next which I know must be the loudest band the Playhouse has ever had perform.  As well as guitars and drums they had a synthesiser which at one point was played with one hand whilst the other hand played a second drum.

I asked beforehand how they fit the full 7 piece on stage and their answer was, “We don’t.” Thankfully they only had 5 of them on Friday although I don’t know how they manage to increase the volume any more with the 7.

They had fans of their own head banging away while Luke (lead man) took a stroll round the audience. They finished with a cover of ‘Crewcabanger’ by Chelsea Grin which encapsulated their whole performance.

Third on stage were Bad Actress who had a definite AC/DC feel to their first song, a band they had mentioned previously as an inspiration. Their lead singer couldn’t make it to the gig although you wouldn’t know with each of the guitarists / bassist taking to the mic.  They really rocked the Playhouse and the live audience showed their appreciation dancing, clapping and cheering.

Struan lead guitarist took things a little further and jumped on a slightly wobbly table in front of the judges, which had Graham, the photographer, jumping in for a shot – very rock and roll!  Their fast energy music certainly brought them to the attention of some new fans.

When KING KOBALT, the final band, took the stage there was a sense of classic professional heavy rock, with a band who knew what they were about.  This band is made up of members from Inverness, Perth and Nairn, and they filled the stage with their presence. The tunes blasted out one after the other with the lead singer also walking through the audience at one point.  The highpoint for me was “Lock Me Up” with audience participation.

With ears ringing, it was time for votes from the audience and those online to be counted as well as decisions from the judges before the announcement of who would be going through to the next round.

KING KOBALT and Table For Four were the victors. All the bands not only supported one another but generously congratulated one another. They all said that they welcomed the opportunity to get their name and music out there.

I can’t wait for the next heat on Friday, 24th August, with Gordon James and the Power, Wilson Noble, New Mode and Sphincter.

Read our recent review of Bad Actress and Table for Four