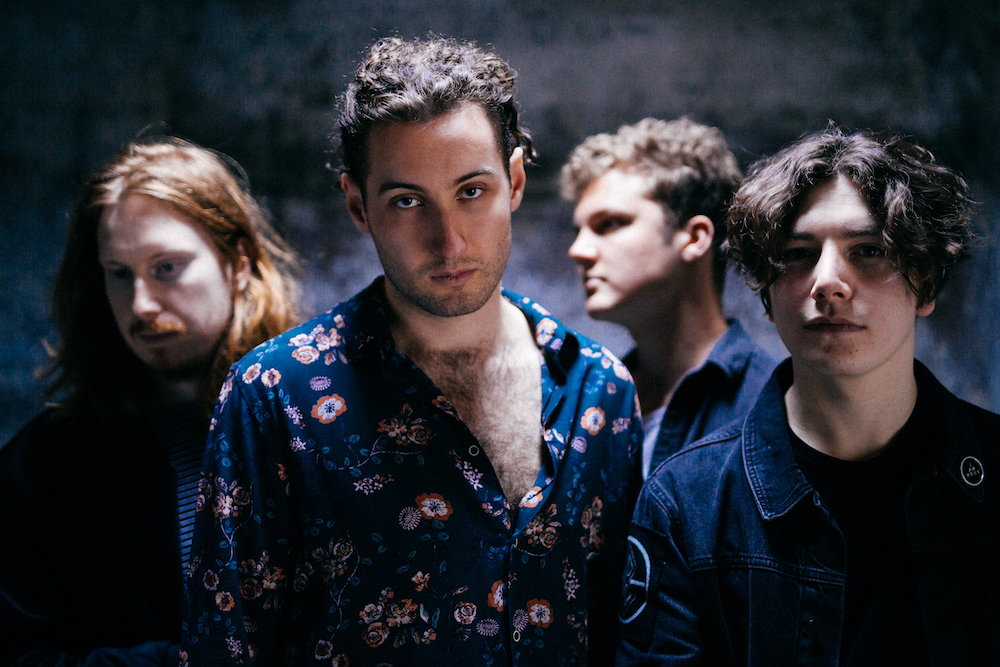 Ahead of their gig at Belladrum 2018, Henry Camamile of Sea Girls chats to IGigs.

With a history that charts back to their school years Seagirls are Henry Camamile, Rory Young, Andrew Noswad and Oli Khan. They are currently bashing out tunes for fun drawing the attention of the likes of Huw Stephens and NME on their way. An opportunity to catch up with the band was too good to miss…

Being named by Huw Stephens as `Ones To Watch for 2018’, how has the year been treating you so far?

We’ve been lucky enough to play to loads of people in the last year. We did a minimaiden 6 date tour in February which couldn’t have gone better and we’re now well into the festivals which has been top notch having such friendly reactions from the crowds. It’s an amazing feeling to be able to hear people singing along to our songs.

You have avoided the temptation to release and album instead opting for EP releases (‘Adored’ marking your third EP in a year). What was the thinking behind this decision?

We wanted to releaselots of music to connect with our fans and give them a sense of what we’re about. We’ve got enough songs people will know in our set now to sing along to. Releasing our `Adored’ EP on the anniversary of our debut `Call Me Out’ a year ago is really special for us –a real celebration!

Creativity and the development of new music seems to be inherent for the band, where do you draw inspiration for new music from?

It’s always good to be open minded with a sonic direction and get the songs as essential as possible. We want to write songs that are good enough to stand shoulder to shoulder with current artists like Sigrid or Royal Blood or The 1975. The bands that resonate through any period of music are the ones with the strength of writing.

The drive for Sea Girls not to be “a little band’ has been mentioned in interviews, how does that motivation transfer to your music?

The simplest way to put it is if we play a great show with great songs we will likely get fifty more people to the next show. We want to produce the best music we can. It’s the most exciting thingto write the next song then play it live, then put it out to the world and see how it goes, that’s why we have been releasing music so often. You get back what you put in, so if we can keep on releasing songs that connect with fans we’re happy.

With summer just around the corner, how are Seagirls preparing for festival season, and which events are you most looking forward to?

We’re heading up to Scotland for Belladrum festival in August. We can’t wait to play to a Scottish crowd again. Then straight after that we head into the studio again to record more new songs before going back out on the road doing more festivals until the autumn UK tour starts in October.

With it’s track record for supporting new and emerging music, Belladrum seems such a natural fit for Sea Girls, was the long trip up to the Highlands an easy sell for you?

To play to a Scottish crowd again was a done deal to be honest. From the moment we stepped up on stage at Glasgow King Tut’s for our very first gig in Scotland earlier this year we’ve just thought how we gonna get up there again. We played there on the last night of our first mini tour. Big respect for the fans as they were really with us, couldn’t
have been a better last night. We’re back playing King Tut’s on our autumn tour on 5th October and can’t wait.

You can catch our interview with Will Irvine of Hunter & The Bear here.

Buying upgrade for the event for Belladrum FROM THIS LINK, will support the site.