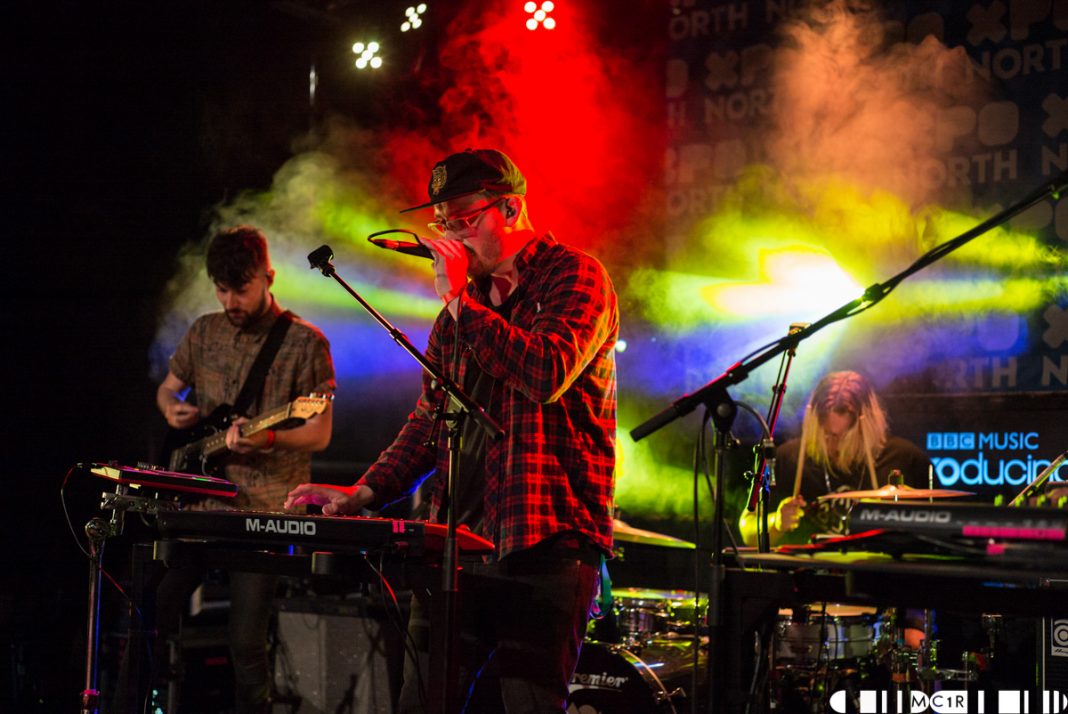 We look at Spring Break, Static Union, LaKyoto and more, at XpoNorth 2018.

XpoNorth swung back into town on Wednesday setting up base at Eden Court Theatre where they hosted two full days of seminars, talks and workshops for the creative industries. My remit however was to take in the live acts that filled the city venues as Inverness turned into a mini SXSW, even with weather to match this year.

First stop was Tooth and Claw which not only held a sizeable crowd for opener Static Union but the majority of the day’s heat. Undeterred Static Union set down a retro indie rock marker but with new song ‘Can I Be Loved’ a smoother electro feel as they struck a confident groove. ‘New Found Way’ gave way to some harder dirtier edges. Last year I said that Static Union were a band that I wanted to see again, and I did. Still on the upslope I want to see them again, but maybe I won’t take a year to do it this time.

New venue, to both XpoNorth and the city, MacGregor’s was hosting a stage which took advantage of the evening sun, and a wider audience as those in the beer garden were able to enjoy the sets too. The Sea Atlas, aka Calum Buchanan, was more than holding his own in the well attended setting. Some self-deprecating humour was topped up with his earthy tones. A gritty vocal gave depth and real feeling to his songs.; a sound hewn from the rugged landscape of the Western Isles.

The long established, but less frequented as a music venue, Phoenix was hosting LaKyoto, an Edinburgh band high on energy, and a high tempo electronic beat. Coupled with the vocal of Conor Joss this was lifted above the ordinary. ‘Invincible’, for example with its Years and Years vibe had the charts written all over it.

The Ironworks, with Vic Galloway’s BBC Introducing gave us Folda next, another act up from Auld Reekie giving us their dark indie based electro. They bobbed and weaved their way through their set, strongly driven and matching and harmonising their vocals to their beefy sound.

Meanwhile Dancing On Tables from across the Forth Bridges brought their spiky pop songs to the Mercure Hotel. Chipper and upbeat they were a ball of energy who leave nothing on the stage as they bounced their way through their set. Had it not been for the layout of the stage I’m sure the crowd would have been more than happy to join in.

Back in the Phoenix, local band Lional, were drawing a crowd. Consistently playing at a high level tonight was no exception bringing in the new song ‘Confusing Flesh’ which had a certain trad feel to it countered by ‘Primitive’ with its jaggy Foals delivery while the hard and physical ‘Over and Over’ saw them showcase their range.

Ending the night in the Ironworks were Spring Break, whose numbers have grown somewhat from their early Slouch days. Rising from three to nine members, go on count them, this leads to an anarchic but well orchestrated stage presence. The vocal interplay between Ross, Emily and Ashley also gives an air of improvisation which they once again carry of exceedingly well.

Wednesday night didn’t disappoint, and if there was a disappointment it was the acts that I never saw. But that just means adding more to my must see list.