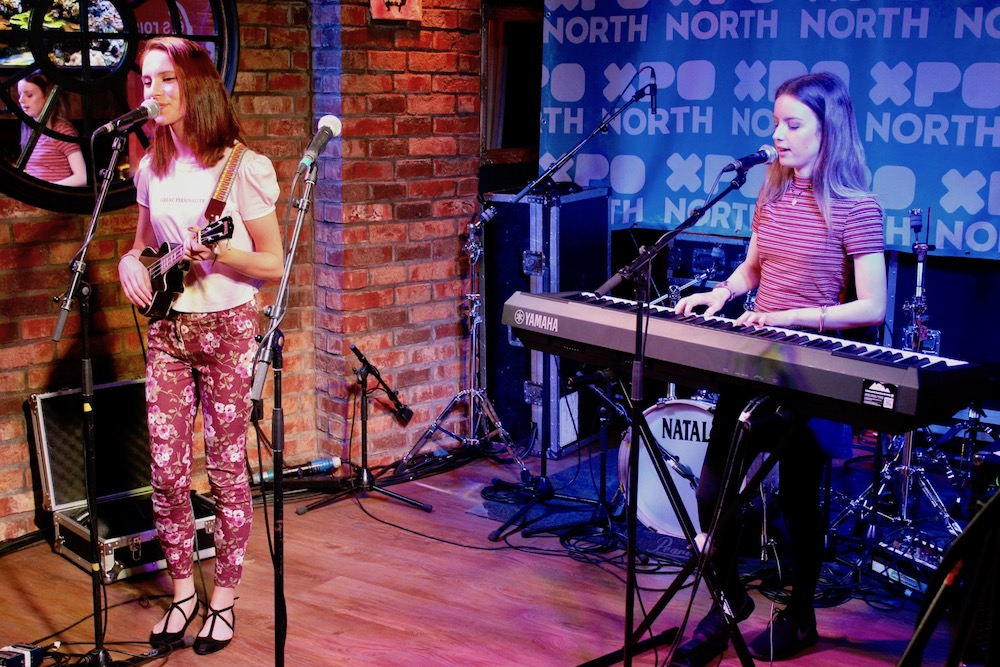 This was my third year at XpoNorth as a member of the audience and my first as one of the music showcase acts. Our Carma set opened the Penta Hotel on Thursday night and I not only had a great time performing, I had a busy night taking in some of the other quality acts around.

Following on from us at the Penta was Michiel Turner. I’d first seen Michiel in the old ‘Greenhouse’ nearly three years ago and was looking forward to his set, he didn’t disappoint. He created a very chilled atmosphere, sitting strumming his guitar with his original jazz folk sound.

From there I rushed off to catch the last fifteen minutes of Jamie and Shoony. I wasn’t sure what to expect as they had always been one of my favourite live bands but I hadn’t seen them since their change of line up. Jamie, the lead singer, demeanour hasn’t been affected, he still fully engaged the crowd who were dancing along by the time we arrived, some of them on the platform dancing with him. The sound was slightly different but still infectious although I missed the energy that former members Matt and Jamie brought to the performance.

Next it was a dash across the road to see Edgar Road who had packed out the Phoenix Bar. The audience loved this five piece who recently signed a record deal with Native Records. The beat was infectious and I found myself dancing along. This is a band I plan to listen to more in the future as I was disappointed to have missed some of their set.

The highlight of the night for me was Moteh Parrot’s set. I find it difficult to put into words the emotions I felt when he sang. I was transfixed by his music, his voice and his lyrics. An absolutely consistent performer, he’s an artist who never lets you down on the night.

The final venue was the Mercure Bar for the after party with two energetic sets from Bloodlines and Spring Break. Bloodlines got the party started with crowd surfing and a mosh pit. I spoke to Steve Bull after and he said the night had been amazing. By the time Spring Break appeared on stage the crowd were up for a party, singing along to the known songs and cheering the new ones. Everyone was shouting for more when the lights came up. 2017 was a great year for XpoNorth, roll on 2018!